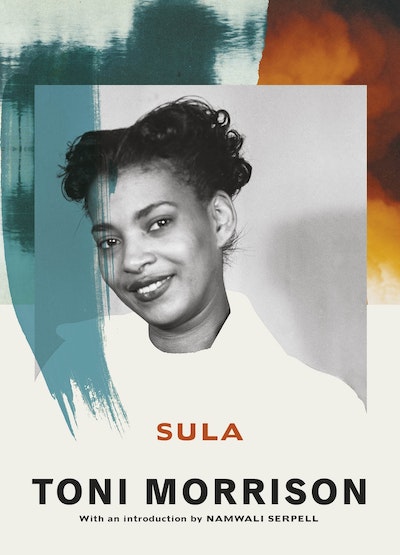 'Extravagantly beautiful... Enormously, achingly alive... A howl of love and rage, playful and funny as well as hard and bitter' New York Times
As young girls, Nel and Sula shared each other's secrets and dreams in the poor black mid-West of their childhood. Then Sula ran away to live her dreams and Nel got married.

Ten years later Sula returns and no one, least of all Nel, trusts her. Sula is a story of fear - the fear that traps us, justifying itself through perpetual myth and legend. Cast as a witch by the people who resent her strength, Sula is a woman of uncompromising power, a wayward force who challenges the smallness of a world that tries to hold her down.

'What a force her thoughts have been and how grateful we must be that they were offered to us in this extremely challenging age' Alice Walker, Guardian

Stunning… Everything Morrison does is brilliant.

Extravagantly beautiful... Enormously, achingly alive... A howl of love and rage, playful and funny as well as hard and bitter

Morrison explores the mythic power of femininity in a poor and isolated rural black community where women rule as mothers, warriors, witches and story-tellers... One of the most compelling writers at work today

In characters like Sula, Toni Morrison's originality and power emerge

Sula is one of the most beautifully written, sustained works of fiction I have read in some time... [Morrison] is a major talent

Exemplary... The essential mysteries of death and sex, friendship and poverty are expressed with rare economy

As mournful as a spiritual and as angry as a clenched fist...written in language so pure and resonant that it makes you ache

In the first ranks of our living novelists

Toni Morrison's gifts are rare: the re-creation of the black experience in America with both artistry and authenticity

Should be read and passed around by book-lovers everywhere