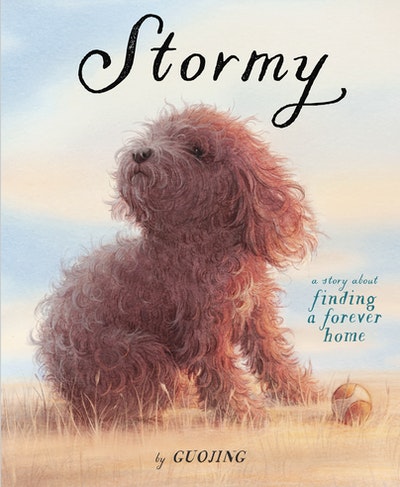 A Story About Finding a Forever Home

From the creator of the New York Times best-illustrated children's book award winner The Only Child, comes a gorgeous and moving wordless picture book that's perfect for dog lovers.

In this heartwarming, wordless picture book that's perfect for dog lovers, a woman visits a park and discovers a pup hiding under a bench--scruffy, scared, and alone. With gentle coaxing, the woman tries to befriend the animal, but the dog is too scared to let her near. Day after day, the woman tries--and day after day, the dog runs away. With perseverance and patience--and help from an enticing tennis ball--a tentative friendship begins. But it's not until a raging storm forces the two together that a joyous and satisfying friendship takes hold. Guojing poignantly explores how trust doesn't always come easily, but how, over time, and with kindness and determination, forever love can grow.

Praise for The Only Child:

"Rare is the book containing great emotional depth that truly resonates across a span of ages: this is one such." --Kirkus Reviews, Starred

"Each arresting, softly penciled panel is surprisingly luminous in spite of its monochromatic palette, and in those gentle scenes, Guojing evokes a wide range of feeling, especially the lonesomeness of the little girl, who never quite seems at ease alone. Reminiscent of Raymond Briggs' classic, The Snowman (1978), this is quiet, moving, playful, and bittersweet all at once." --Booklist, Starred

"In Guojing's beautiful, wordless storybook, a little Chinese girl left home alone wanders off into the snow and has magical cloud adventures with a benevolent stag." --Shelf Awareness, Starred

GUOJING is a New York Times best illustrated children’s book recipient for her debut book, The Only Child. She is an illustrator and concept artist from the Shanxi Province of China. She began drawing at an early age, and completed her BFA from Tianjin Academy of Fine Arts in 2006. She has worked as a Concept Artist on games and children’s television shows, and first conceived the idea for Puchio while working in animation in Singapore. 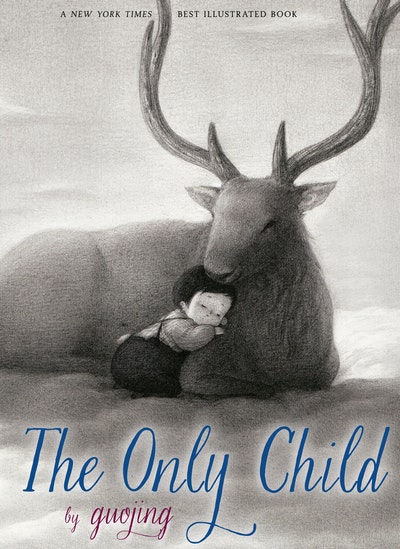