A vivid exploration of the audacious, unauthorised stealth attacks of Australian infantrymen on the German front line in 1918

In 1918 a few daring low-ranking Australian infantrymen, alone among all the armies on the Western Front, initiated stealth raids without orders. These stealth raiders killed Germans, captured prisoners and advanced the line, sometimes by thousands of yards. They were held in high regard by other men of the lower ranks and were feared by the Germans facing them.

Who were these stealth raiders and why did they do it? What made Australian soldiers take on this independent and personal type of warfare? Using their firsthand accounts, as well as official archives and private records, Lucas Jordan pieces their stories together.

A gripping account of the crucial summer on the Western Front, Stealth Raiders: A Few Daring Men in 1918 considers the stealth raiders’ war experience and training, the unprecedented conditions at the front and the morale of the German Army in 1918. Lucas Jordan argues that bush skills, and the bush ethos central to Australian civil society – with its emphasis on resourcefulness and initiative – made stealth raids a distinctively Australian phenomenon.

‘Depressingly often we see books promoted as “the forgotten story” or “the untold story”. Yet Stealth Raiders tells such a story, of a few daring Australian infantry who . . . so demoralised their opponents that they feared to enter the line against them’ – Bill Gammage

Lucas completed a Bachelor of Education at the University of Queensland followed by a Masters in Aboriginal Studies at the University of Notre Dame. This led to more than a decade of teaching and research in the Kimberley, Cape York and central Australia, and ingrained in him a deep respect for the Australian bush and its people. Lucas worked for Amnesty International as a researcher and fieldworker and co-wrote Amnesty’s global report '"The land holds us": Aboriginal peoples' right to their traditional homelands in the Northern Territory', which was based on three years of collaboration and camping with the Alyawarr and Anmatyerr people of the Northern Territory.

Lucas has taught history to undergraduate students at Deakin and Monash universities. He is currently a history teacher at Western English Language School, a secondary school for new arrivals and refugees in Melbourne. Stealth Raiders is his first book and is adapted from his PhD thesis, supervised by award-winning historians Professor Bill Gammage (ANU) and Dr Peter Stanley (UNSW).

Lucas lives in Lara, Victoria, with his wife and two sons and enjoys surfing, fossicking around the coast and the bush with his sons, and reading, writing and teaching Australian history. 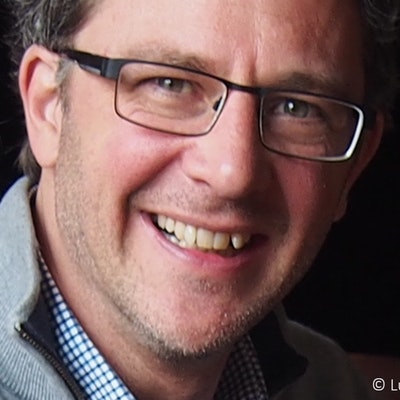 Depressingly often we see books promoted as “the forgotten story” or “the untold story”. Yet Stealth Raiders tells such a story, of a few daring Australian infantry who without orders, and alone among the Allied armies, consistently raided the German front in daylight, and for six months in 1918 so demoralized their opponents that they feared to enter the line against them.

Lucas has done a wonderful job recording the bravery and acts of these men; a must for any war historian.

Lucas Jordan argues in Stealth Raiders that confidence, bush skills, mistrust of authority and a willingness to give something a go were central to the Australian character at the turn of the 20th century. This expertly researched account of our soldiers’ audacity and courage is essential reading for all WWI history buffs.

Here, Jordan tells the story of Australian Diggers who earned notoriety through their unorthodox and highly successful combat methods in this new terrain. Many deployed the skills and talents honed while growing up in the bush back home, making them naturals in the art of launching rapid manoeuvres on enemy outposts – often in the dead of night. By the end of the war, their industrious, daring, happy-go-lucky attitude made them infamous, not only among their own ranks but with the enemy. Jordan cleverly places the courageous tale of the raiders amid the larger story of the war.

The book gives a highly personal account, featuring diary excerpts and photographs from the men involved in these raids, providing a rare glimpse into our history as told by the men closest to the enemy.