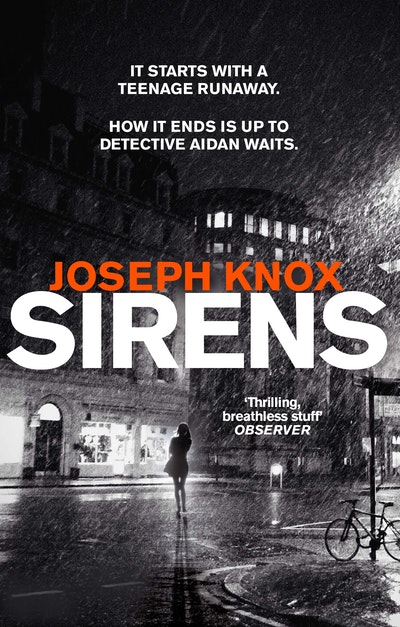 Sirens is the brooding and assured debut from Joseph Knox, the next big name in crime fiction.

'Brooding, blistering. Sirens is a remarkable literary thriller, perfect for fans of Ian Rankin and James Lee Burke' AJ Finn, author of The Woman in the WindowWATERSTONES THRILLER OF THE MONTH

I stopped going to work. I went missing. We still live in a world where you can disappear if you want to. Or even if you don't.Detective Aidan Waits is in trouble

After a career-ending mistake, he's forced into a nightmare undercover operation that his superiors don't expect him to survive.

Isabelle Rossiter has run away again

When the teenage daughter of a prominent MP joins Zain Carver, the enigmatic criminal who Waits is investigating, everything changes.

A single mother, missing for a decade

Carver is a mesmerising figure who lures young women into his orbit - young women who have a bad habit of disappearing. Soon Waits is cut loose by the police, stalked by an unseen killer and dangerously attracted to the wrong woman.

How can he save the girl, when he can't even save himself?

'It is an utterly brilliant debut novel; dark, gritty, menacing and meaningful.' *****

'Compulsive reading, so well written that even the gruesome cruelty and sense of helplessness in a dark world seemed right.'*****

'Knox is always one-step ahead, deceiving the reader and creating a sexy, stylish world always with danger around every corner.' ******

The bestselling debut from the winner of the Sky Arts Writer of the Year Award, the next big name in crime fiction - Joseph Knox. 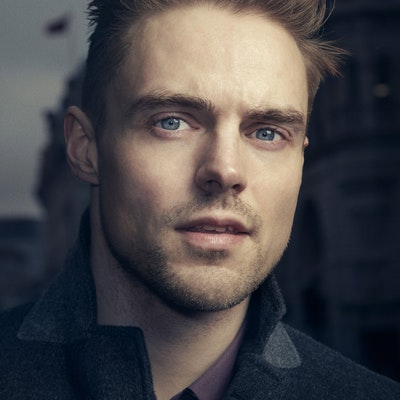 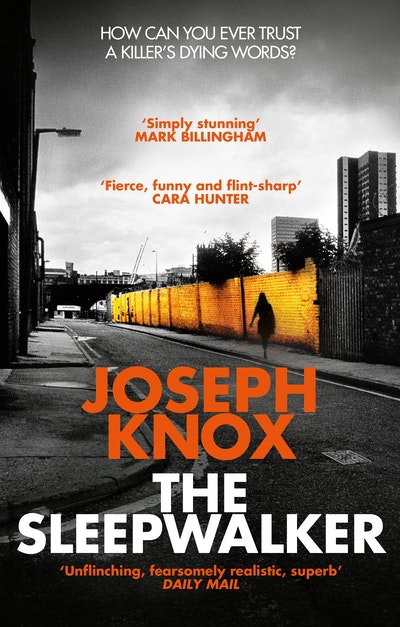 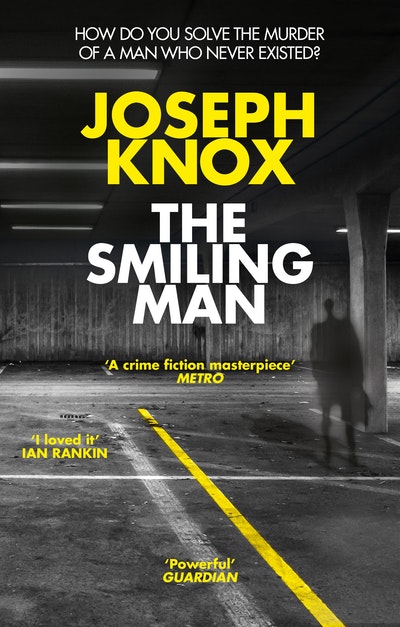 A firecracker of a crime tale. His writing is taut, atmospheric and studded with eye-catching descriptions. An arresting new talent.

Sirens is a powerhouse of noir. Joseph Knox owns Manchester and paints it in all its grimy colours.

The dark, gritty underbelly of Manchester is captured with eviscerating authenticity in this debut . . . This is urban noir at its freshest and most ferocious.

A noir in that great tradition of the American writers James M Cain and Dashiel Hammet . . . it reminded me a bit of Chandler’s LA, the whole city is corrupt, the authority figures are as bad as the criminals.

Jumps straight into the top league of English noir.

Manchester throbs with lowlife in this startling debut . . . a page-turner with a beating heart. I loved it.

This is an excellent read; it feels both classic and completely new and is remarkably assured for a first outing.

Waits’ first fictional outing is a shadowy, disturbing narrative and once you start reading it’s hard to resist the call. Sirens is the best British crime debut of the last five years.

A fierce, assured and utterly compelling debut . . . A Ross MacDonald for the 21st century.

Fresh and darkly stylish, Sirens is a striking debut that marks the arrival of a major new crime writing talent.

Sirens immediately feels like a classic, not a debut . . . a book for every crime fan.

A dark, dangerous noir, Sirens will be one of 2017’s smash hit debuts.

A down and dirty slice of Manchester noir . . . Impressively bleak.

Page-turner is the only word for it.

A.J. Finn, bestselling author of The Woman in the Window