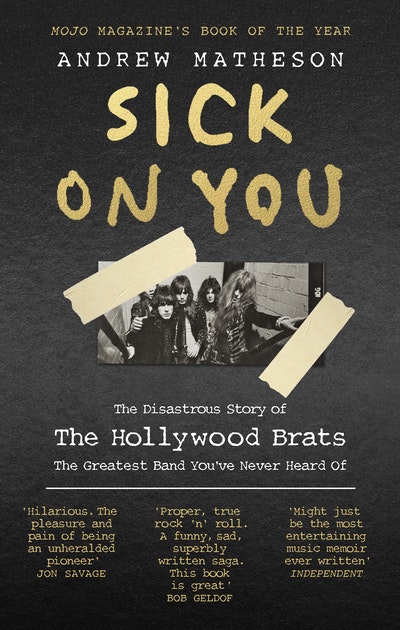 **MOJO MAGAZINE'S BOOK OF THE YEAR**

The Hollywood Brats are the greatest band you've never heard of.

Recording one near-perfect punk album in 1974, they were tragically ahead of their time.

With only a guitar, a tatty copy of the Melody Maker and his template for the perfect band, Andrew Matheson set out, in 1971, to make musical history. His band, The Hollywood Brats, were pre-punk prophets - uncompromising, ultra-thin, wild, untameable and outrageous. But thrown into the crazy world of the 1970s London music scene, the Brats ultimately fell foul of the crooks and heavies that ran it and an industry that just wasn't ready for them.

Directly inspiring the London SS, the Clash, Malcolm McLaren and the Sex Pistols, The Hollywood Brats imploded too soon to share the glory. Punk's answer to Withnail and I, Sick On You is a startling, funny and brilliantly entertaining period memoir about never quite achieving success, despite flying so close to greatness.

Andrew Matheson was a founding member of The Hollywood Brats, the band that never really was. When the group prematurely imploded, Andrew left the music industry in a huff to play football in North America. When he became exhausted by chasing a fat man called Eusebio around the pitch for 90 minutes, he rejoined the world of music with ‘Monterey Shoes'. He has since been writing music, producing, publishing magazine articles and recording more critically acclaimed music. Although now thrice removed from the louche lounge-wizard he once was he still has all his own hair and the majority of his own teeth, and is looking forward to the re-release of the classic Brats music by Cherry Red Records. 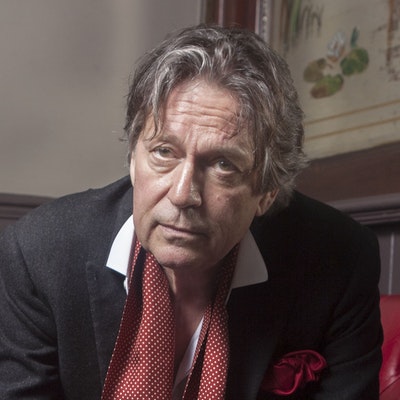 Praise for Sick On You

The greatest rock 'n' roll story you've never heard: the Hollywood Brats hit the early 70s like a spaceship landing in Victorian London. Matheson's book is as lurid and compelling as the band themselves.

The Hollywood Brats are a folk legend; they were doing what they were doing before anybody. This is one of the great rock 'n' roll hard luck stories, by turns shocking and hilarious, and Andrew Matheson has a terrific eye for comic detail.

The best rock 'n' roll memoir you will read all year.

History is told by the victors, but Andrew Matheson's tale of rock 'n' roll failure is much more compelling than any tired celebrity narrative. Lurid, stupid, crazed and quixotic, the primal adolescent silliness and arrogance of great pop music runs through every page.

The funniest music book I’ve ever read – by some measure.

Rock ’n’ roll at its disastrous best…brilliant. Someone needs to make a film of this immediately.

The Hollywood Brats are the greatest band I’ve ever seen

So colourful, so comical, so damn bitchy... hilarious

Matheson writes with the jagged verve he once sought from his band. 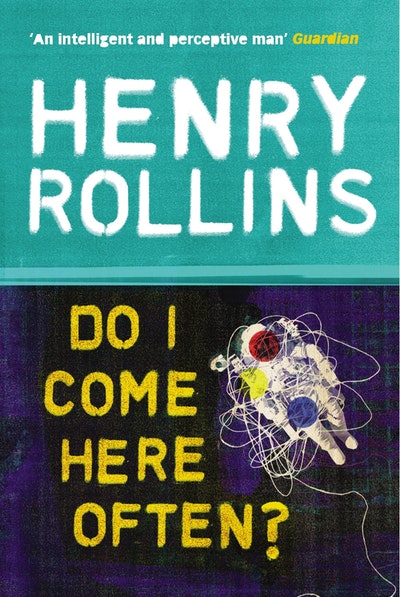 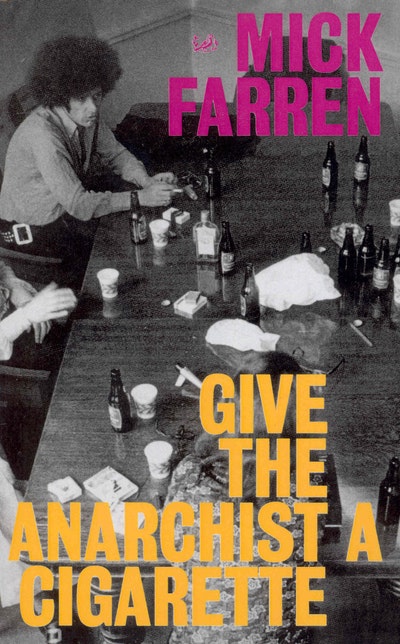 Give the Anarchist a Cigarette
Mick Farren