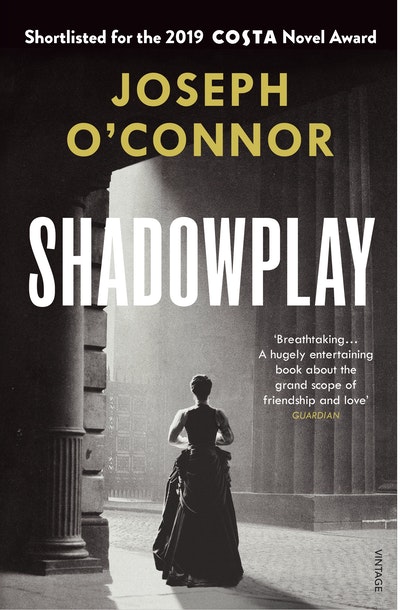 A magnificent new novel from the bestselling author about Bram Stoker's intense relationships with the actors Henry Irving and Ellen Terry, while working together at the Lyceum Theatre, and the inspirations that led to the creation of Dracula.

'The best novel that I've read in the last twenty years... It's fantastic' RICHARD MADELEY

'Breathtaking... A hugely entertaining book about the grand scope of friendship and love' Sadie Jones, Guardian
__________

London, 1878. Three extraordinary people begin their life together - and the idea for Dracula is born.

Fresh from life in Dublin, Bram Stoker - now manager of the Lyceum Theatre - is wrestling with dark demons in a new city, in a new marriage, and with his own literary aspirations. As he walks the streets at night, streets haunted by the Ripper and the gossip which swirls around his friend Oscar Wilde, he finds new inspiration. Soon, the eerie tale of Dracula begins to emerge.

But Henry Irving, volcanic leading man and impresario, is determined that nothing will get in the way of Bram's dedication to the Lyceum. And both men are growing ever more enchanted by the beauty and boldness of Ellen Terry, the most celebrated actress of her generation.
__________

'A novel I'd recommend to anyone: a rollicking and moving story' James Naughtie, Radio Times
'Fabulous... A truly great book you simply cannot put down' JUDY FINNIGAN 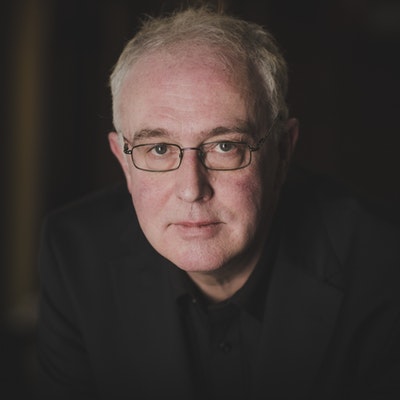 A hugely entertaining and atmospheric novel, one can almost smell the greasepaint

There are few living writers who can take us back in time so assuredly, with such sensual density, through such gorgeous sentences. Joseph O'Connor is a wonder, and Shadowplay is a triumph.

Joseph O'Connor is a very great artist and storyteller. The quotient of enjoyment in his extraordinary new novel is stupendous

A luminous and masterly depiction of Bram Stoker's time at the Lyceum, this wonderful book explores the complex nature of love and creativity. Utterly captivating.

Wonderful. The writing is beautiful.

As fascinating and memorable as anything O'Connor has done. The writing, too, as thrilling as ever. A great writer performing Olympian literary storytelling.

One of the best writers working today

One of Ireland's finest writers

A lushly enjoyable pastiche of fin-de-siècle prose, in which Victorian euphemism is an authenticating stamp that double as a source of humour

A rollicking tale. an affecting depiction of artistic and social emancipation. O'Connor's well-researched theatrical caper offers total immersion in a romantic, lost London... be nourished by a colourful tale of secret love and public performance

In gorgeous sentences, Joseph O'Connor captures the essence of three very different artistic temperaments in all their nobility and glorious absurdity

Dazzling...the panache and subtlety of his prose perfectly match that gusto and creative finesse of the High Victorian world his novel wonderfully evokes

A work of Gothic splendour...O'Connor's writing is always intensely atmospheric. As a romp through Ripper-ravaged London, Shadowplay is mightily entertaining. But as a meditation on hidden sexuality, it is powerful and poignant

A mesmerising read, meticulously researched, with beautiful prose...O'Connor has the gift of conjuring up any location....Wonderful suspense a la Wilkie Collins

Beautifully written. O'Connor creates a vivid and vigorous world of his own

A vividly written and atmospheric meditation on the creative process

A hugely entertaining book about the grand scope of friendship and love, it is also, movingly - at times, astonishingly - a story of transience, loss and true loyalty

O'Connor is a true master of historical fiction, able to illuminate a bygone age with skill, wit and imagination

A fabulous novel that tells the otherwise largely unknown story of the man behind Gothic horror's most enduring character. The narrative stretches decades, and throbs with theatrical vigour. This is writing at its most immersive, full of Dickensian pulchritude and pathos. It should, and might well, win prizes

Joseph O'Connor has written an entertaining novel that combines narrative with transcripts of recordings, diary entries and other notes. It steeps viewers in the theatre of Irving and Terry in the late 1870s and beyond, providing much informative colour at the same time as delving deeply and frankly into a series of relationships that are generally convincing.

O'Connor tells his story in rich and stylish prose

A rousing story about a remarkable woman

Three famous Victorians carry this sparkling historical novel: Sir Henry Irving, the great actor-manager; Ellen Terry, his leading lady; and Bram Stoker, the young Irishman who worked for Irving as a theatre manager before writing Dracula. From their entangled lives Joseph O'Connor weaves a story of love and loyalty, rich in wit and imagination.

Joseph O'Connor's vivid descriptive writing evokes Stoker's memories of the post-famine Ireland of his youth and of Irving's company's fraught tours of America. [his] fine writing, his wit and sympathy create a richly enjoyable backdrop for some familiar characters

This is a marvellous novel: at once freewheeling, exultant, fully inhabiting the momentary, transitory nature of its world; and intensely aware of the limitations - too frequently self-imposed - of our painfully fleeting lives.

Enthralling. Brings to teeming life the London of the late Victorian and Edwardian eras

A novel I'd recommend to anyone: a rollicking and moving story... Delicious and clever late-Victorian gothic

A wonderfully evocative tale within a tale

An ambitious celebration of friendship, theatre and the power of darkness, Shadowplay is chilling and dramatic in equal measure

O'Connor's gift is to weave whimsical moments in between the complexity of relationships and people... a beautiful story