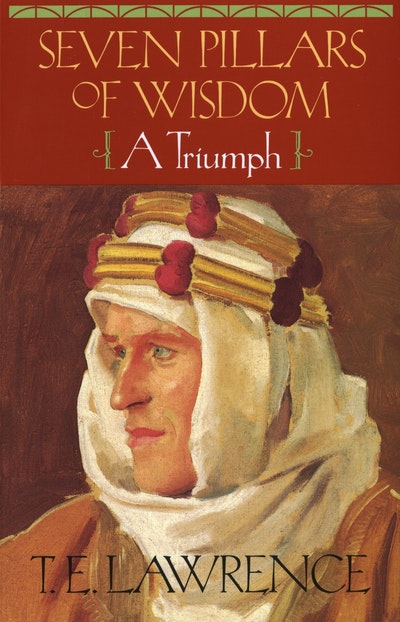 In his classic book, T.E. Lawrence—forever known as Lawrence of Arabia—recounts his role in the origin of the modern Arab world. At first a shy Oxford scholar and archaeologist with a facility for languages, he joined and went on to lead the Arab revolt against the Ottoman Turks while the rest of the world was enmeshed in World War I. With its richly detailed evocation of the land and the people Lawrence passionately believed in, its incisive portraits of key players, from Faisal ibn Hussein, the future Hashemite king of Syria and Iraq, to General Sir Edmund Allenby and other members of the British imperial forces, The Seven Pillars ofWisdom is an indispensible primary historical source. It helps us to understand today’s Middle East, while giving us thrilling accounts of military exploits (including the  liberation of Aqaba and Damascus), clandestine activities, and human foibles.