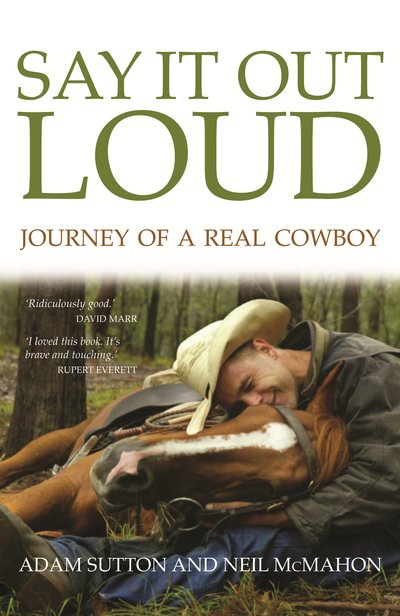 Say It Out Loud 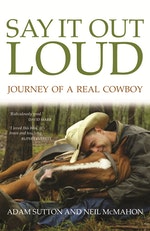 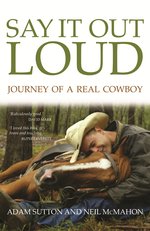 When Heath Ledger finished reading the script for Brokeback Mountain - a film about a love affair between two American cowboys - he thought of his friend Adam Sutton, and told him, 'I've just read this script and it sounds a lot like you.'

He was right: Adam's own life was reflected in many of the film's themes. Brokeback Mountain went on to establish itself as a cultural landmark and its impact was felt far beyond the cinema: it was a human story, not a gay story, and audiences of every type responded around the world. Similarly, when Adam Sutton's story appeared on the front page of the Sydney Morning Herald, the response was immediate and extraordinary. 'Meet Heath's mate, the real gay cowboy,' the headline ran, and thousands did - setting a sales record for the paper, and prompting the TV program Australian Story to devote an episode to Adam's story.

By nature Adam is a masculine daredevil who survives on the strength of his boisterous character. He is 'the crazy bastard' - the maddest, bravest bloke in the room - who has faced tragedy, a prison stint, and five long years on the road, but who could not face himself. His extraordinary and unlikely journey from the world of cowboys, rodeos and stereotypes, to Hollywood and, finally, to self-acceptance, is a powerful reminder that sometimes truth is even stranger than Hollywood fiction.

Neil McMahon is a senior writer at the Sydney Morning Herald with a 21-year history in Australian and international journalism. He began his career in 1985 on the Sun News-Pictorial in Melbourne, before moving to The Age in 1990. In 1991 he moved to South Africa, where he covered the dying days of apartheid and the rise of Nelson Mandela from prisoner to president for two major American dailies, the Washington Times and the San Francisco Chronicle. He spent most of the decade working in Africa, covering everything from Mandela's first vote to the civil war in Somalia. He has been employed at the Sydney Morning Herald since 2000, and for the past 18 months has travelled widely as one of the paper's senior writers, a story teller who has chronicled everything from the aftermath of the tsunami in Thailand in late 2004, to the travails of Schapelle Corby, Michelle Leslie and the Bali Nine in Indonesia.

Praise for Say It Out Loud

“‘I loved this book. It's brave and touching.’ - Rupert Everett”

“‘It took the film Brokeback Mountain to coax out Adam Sutton’s own amazing story. With the help of journalist friend McMahon, the mixed-up, angry kid unravels a complex story that involves a fatal traffic accident, extreme risk behaviour and a family that sticks by him. You wouldn’t read about it in Hollywood.’ - Sunday Times, Perth”

“‘A deeply moving journey that pays tribute to the superpower of a loving family.’ - Lucy Clark, Sunday Telegraph”

“‘As commonplace as it is extraordinary. Extraordinary for the environment through which he makes his journey... on the evidence of this moving book he has come a long way fast.’ - Robert Bevan, Sydney Morning Herald.”

“‘They imbue yet another coming out story with freshness and vitality... sweetly moving.’ - Robert Reynolds, Australian Book Review”

“‘Hard-won insights into a life of being `country gay’.’ - Tony Maniaty, Weekend Australian”

“‘A vibrant portrait of a young Aussie bloke and the adventures this wide brown land can offer... This is an important story to tell.’ - Gabrielle Rush, Sunday Tasmanian”

“‘Sheds light and understanding on the lonely world of tough men who are too afraid to reach out for someone they love.’ - Eilieen Mulligan, Illawarra Mercury”