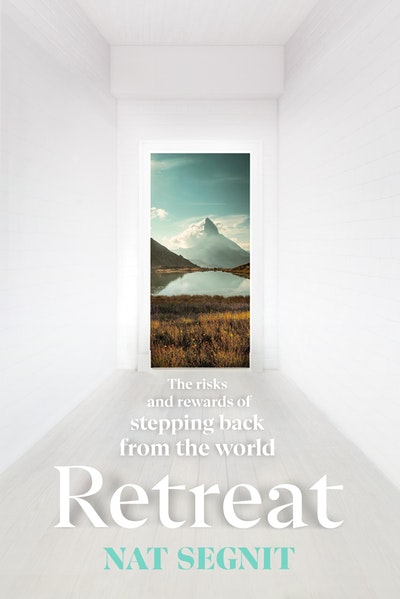 The Risks and Rewards of Stepping Back from the World

Retreat is a stunning journey through the many ways humans go on retreat - religious, spiritual and secular - both in today's world and in our past

'Reads at times like Eat Pray Love as written by David Foster Wallace. A rich and almost eerily timely book' William Fiennes, author of The Snow Geese
Stepping back from the world is an ancient human impulse. Over the last year we have had to retreat. But throughout history, we have chosen to.

We were doing it more and more, anyway. Mindfulness and meditation are all the rage. Wellness tourism, yoga breaks, meditation apps, and spiritual boot camps have been booming - entry-level to hardcore.

Retreat investigates this human obsession, mining neuroscience, psychology and history to reveal why we seek solitude, what we get out of it, and what is going on in our brains and bodies when we achieve it. What has it meant to the world's great thinkers, and what does it mean, in our age, as an activity we pay for?

Is isolation a means of engaging more fully with reality, or evading it? And what has retreat meant at a time when humanity has - to an unprecedented extent - been forced to withdraw? Nat Segnit has felt the pull of solitude and the fear of it, as well as the warmth of company. To answer these questions, he has been on retreats around the world and met yogic scholars, cognitive and social scientists, religious leaders, philosophers and artists.

Retreat is endlessly enlightening, sceptical and open-minded. It is about seeking happiness, fulfilment, a change of perspective, and relief from stress and anxiety. And it is surprisingly, joyously, full of human encounter. Ultimately, it is about the discovery that retreat is a mental state that can be achieved anywhere, in a monastery or shopping centre, a cave or a crowd.

We typically live tangled in our busy routines. Segnit takes us on a delightful expedition into the ancient personal quest to decamp, relinquish, discover

A rich and almost eerily timely book, Nat Segnit's exploration of the history and meaning of retreat maps copious research onto a vivid personal quest that reads at times like Eat Pray Love as written by David Foster Wallace

To read this marvellous book is to be absorbed in Segnit's personal search for retreat, illuminated by science, erudition and art, and reminded of the grand retreat of a book that speaks to one of the fundamentals of life

Zia Haider Rahman, author of In the Light of What We Know

This lovely book is a retreat in itself - into history, psychology, religion, individuals and the almost universal human desire to escape everyone, even one's self, every now and again. It persuades us, with an excellent mix of charm and erudition, that going in can be the real adventure

Louisa Young, author of You Left Early: a True Story of Love and Alcohol

With a charming blend of sincerity and intellectual curiosity, Segnit leads us sure-footedly into the wilderness ... moving, even inspiring

An open-minded, elegantly written and comprehensive attempt to gather together the many threads of the global retreat movement