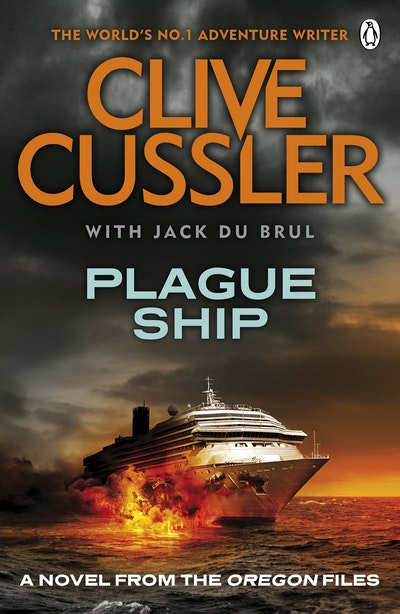 Plague Ship is an unputdownable high-stakes, high-seas adventure, another knife-edge thriller featuring the awesome power of the spy-ship Oregon

In a Norwegian glacier during World War Two a Nazi officer makes an extraordinary discovery - the most legendary ship of all time . . .

Sixty years later Juan Cabrillo and the crew of the Oregon - a top secret state of the art military vessel disguised as a heap of junk - reap the terrible rewards of this find. In the Persian Gulf they encounter a cruise ship full of the dead and the dying. While attempting a rescue, the stricken liner erupts into a fireball. Cabrillo escapes with his life, and one survivor.

When Cabrillo decides to probe deeper into this mystery, he finds a powerful cult obsessed with the end of the world. It is a discovery that sees the Oregon and her crew racing against time to prevent a sinister madman from using the secrets of the past to to destroy the future . . .