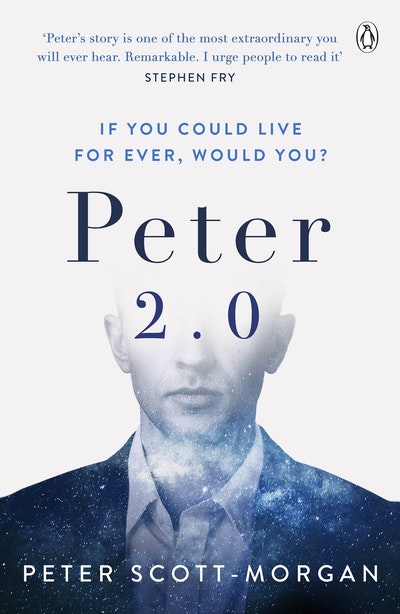 Peter has Motor Neurone Disease, a condition universally considered by doctors to be terminal. It will destroy his nerve cells and he is told that within an average of two years, it will take his life too.

But, face-to-face with death, he decides there is another way. Using his background in science and technology, he navigates a new path, one that will enable him not just to survive, but to thrive.

This is the astonishing true story behind the primetime Channel 4 documentary, about Dr. Peter Scott-Morgan who will become the first person to combine his very humanity with artificial intelligence and robotics to become a full Cyborg. His discovery means that his terminal diagnosis is negotiable, something that will rewrite the future. And change the world.

By embracing love, life and hope rather than fear, tragedy and despair he will become Peter 2.0.