Richard Holbrooke and the End of the American Century

From one of America's greatest non-fiction writers, an epic saga of the rise and fall of American power, from Vietnam to Afghanistan, told through the life of one man.

From one of America's greatest non-fiction writers, an epic saga of the rise and fall of American power, from Vietnam to Afghanistan, told through the life of one man.

Richard Holbrooke was one of the most legendary and complicated figures in recent American history. Brilliant, utterly self-absorbed, and possessed of almost inhuman energy and appetites, he was both admired and detested. From his days as a young adviser in Vietnam to his last efforts to end the war in Afghanistan, Holbrooke embodied the postwar American impulse to take the lead on the global stage. He was the force behind the Dayton Accords that ended the Balkan wars, America's greatest diplomatic achievement in the post-Cold War era. His power lay in an utter belief in himself and his idea of a muscular, generous foreign policy. But his sharp elbows and tireless self-promotion ensured that he never rose to the highest levels in government that he so desperately coveted.

Holbrooke's story is the story of the rise and fall of America during its era of supremacy: its strength, drive, and sense of possibility, as well as its penchant for overreach and heedless self-confidence. Drawing on Holbrooke's diaries and papers, George Packer's narrative is both intimate and epic in its revelatory portrait of this extraordinary and deeply flawed man, and the elite spheres of society and government he inhabited.

A GUARDIAN, FINANCIAL TIMES, SPECTATOR BOOK OF THE YEAR

George Packer is a staff writer for The Atlantic and a former staff writer for The New Yorker. He is the author of The Unwinding: Thirty Years of American Decline, which was a New York Times bestseller and won a National Book Award. His other nonfiction books include TheAssassins’ Gate: America in Iraq,and Blood of the Liberals, which won the 2001 Robert F. Kennedy Book Award; and two novels, The Half Man and Central Square. His writing has also appeared in The New York Times Magazine,Mother Jones, Harper’s, and other publications. He lives in Brooklyn, New York. 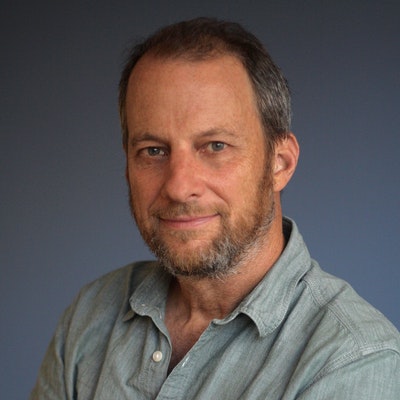 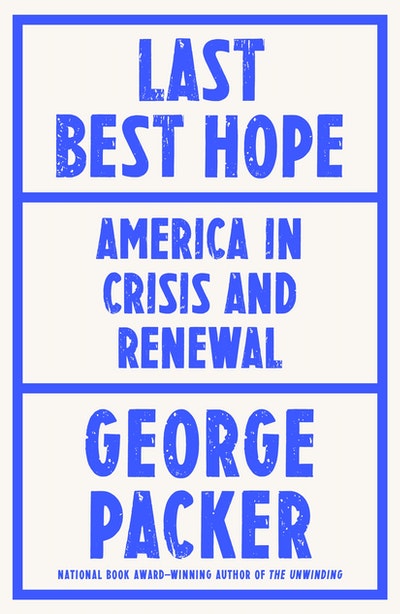 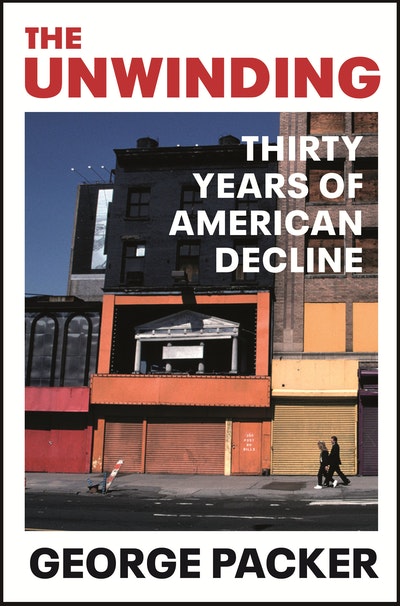 Praise for Our Man

Portrays Holbrooke in all of his endearing and exasperating self-willed glory... Both a sweeping diplomatic history and a Shakespearean tragicomedy… Our Man not only revitalizes but in some ways reinvents the art of journalistic biography… If you could read only one book to comprehend America’s foreign policy and its quixotic forays into quicksands over the past 50 years, this would be it.

Rarely in recent years has a work of non-fiction so clearly, ruthlessly, compassionately shown such a prominent person’s life from the inside out. It is a masterwork about diplomacy, government and the world.

Holbrooke in all his capacious brilliance and arrogance has been captured by George Packer… [Our Man] is, I strongly feel, a classic.

Outstanding... Our Man is one of the most fascinating dissections of US power – its strengths and serious weaknesses – I’ve read.

Packer is one of the most talented non-fiction writers in the US. In his hands, a biography of a diplomat who never quite made it to the top becomes a history of modern America’s entanglement with the world.

You may ask yourself, is it worth one of the best American non-fiction writers producing a book of just under 600 pages on an arrogant and abrasive egotist whose highest sustained rank in the State Department was that of a lowly assistant secretary? The answer is unabashedly yes. This is a remarkable work about a remarkable, if deeply flawed, statesman whose career was intimately intertwined with the 50 years of American decline from Vietnam to Afghanistan. Nearly all biographies have long, boring stretches you want to skip. This one has none… A fascinating and compulsive read.

Our Man is a great, exuberant read, gossipy and thoughtful, about a remarkable American diplomat who tried to place himself at the heart of some of the bloodiest, most intractable wars of our age: Vietnam, Bosnia and Afghanistan… Packer displays his talents as a master of narrative reconstruction.

Dazzling… an exploration of American decline that’s heartfelt, virtuosic and quietly thoughtful at the same time... Packer marshals a huge amount of material with great aplomb… His prose fizzes with almost Holbrookian levels of energy.

Deeply researched, compelling… Our Man is not just a portrait of a fascinating historical figure, it is a contemplation of a half century of US foreign and security policy and its most intractable challenges.

George Packer [is] arguably the most renowned American journalist of his generation… Our Man may be the most vivid tour of America’s foreign delusions that has been offered since the Vietnam War.

[Packer] is such a masterful narrator – and Holbrooke such a vexing subject to portray – that this story is both gripping and surprisingly pacey, its wheels greased by revealing excerpts from Holbrooke's personal letters and the private reflections he recorded to tape. Added to this is Packer's arresting thesis: that his brash but erudite and driven subject symbolises something about America's engagement with the world following the Second World War that will never be recovered after Trump.

A brazen book, one that buttonholes the reader…in just the way that its subject did… So perfectly has Packer captured his [Holbrooke’s] style that there is no sense of discontinuity when the subject himself takes over as author… Enthralling… Our Man is unputdownable.

Brilliant reporting… brave and intellectually honest… This is the kind of biography (massive, detailed) by the kind of author (respected, experienced) reserved for great books on great men.

Packer’s portrait is so full because he… [is] a first-rate reporter and writer who understands the history of the big conflicts at the centre of his story: Vietnam, Bosnia and Afghanistan… A vivid biography.

The story has been told many times… but it has never been told as George Packer tells it… Our Man is a nuanced portrait of a driven man whose brilliance was held back by his almost comical insecurities… Packer is an accomplished reporter and careful writer, and he manages to sketch out the three conflicts at the heart of Holbrooke’s career – Vietnam, Bosnia, Afghanistan – with subtlety and texture.

By the end of the second page, maybe the third, you will be hooked...There never was a diplomat-activist quite like [Holbrooke], and there seldom has been a book quite like this -sweeping and sentimental, beguiling and brutal, catty and critical, much like the man himself.

The riveting life of a deeply flawed diplomat whose chief shortcoming seems to have been the need to be more recognized than he was... Students of recent world history and of American power, hard and soft, will find this an endlessly fascinating study of character and events.

It is impossible to read George Packer’s new biography of Richard Holbrooke without a piercing sense of melancholy, not only that a man so supremely alive should be dead, but also because such people — Our Man, in Packer’s title, the incarnation of vanished glory, imperial hubris, exceptional Americanism — no longer walk the earth… Extraordinary.

Stunning... If you’re one of the dozens of people running for president, the book is probably the best guide you can find to navigating a transitional moment in American leadership and foreign policy. For the rest of us, it’s a gripping read, and a sad one.

Through a depiction that may be likened to Robert Caro’s The Power Broker, Packer analyzes the forces of character that led us from a commitment to unity to the chaotic division in which we find ourselves today.

Lauren LeBlanc, The Observer’s "16 Most Anticipated Books of Spring 2019"

Like Holbrooke, Packer’s account barrels along, brimming with mischief, verve and a sense of history. Unlike Holbrooke, it is tender and self-aware.

Our Man… [is] a fascinating examination of the (few) successes and (many) failures of US foreign policy over the last fifty years.

[Our Man is] heartfelt, virtuosic and quietly thoughtful at the same time

One Of Us Is Next
Karen McManus, Karen M. McManus