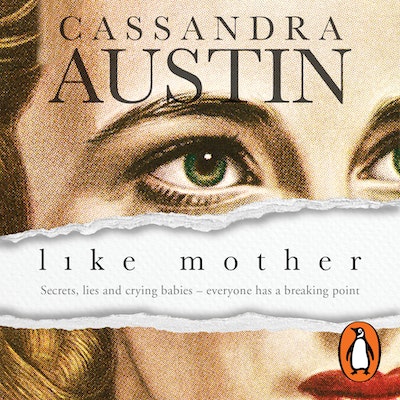 Secrets, lies and crying babies, everyone has a breaking point.

It’s 1969 and mankind has leapt up to the moon, but a young mother in small-town Australia can’t get past the kitchen door. Louise Ashland ­is exhausted – her husband, Steven, is away on the road and her mother, Gladys, won't leave her alone. At least her baby, Dolores, has finally stopped screaming and is sweetly sleeping in her cot. Right where Louise left her. Or is she?

As the day unravels, Louise will unearth secrets her mother – and perhaps her own mind – have worked hard to keep buried. But what piece of family lore is so terrible that it has been kept hidden all this time? And what will exposing it reveal about mother and daughter?

Like Mother explores what is handed down from generation to generation, and asks us whether a woman’s home is her castle or her cage.

Cassandra Austin is a homesick Australian who lives in Los Angeles with her husband and two children. The author of two previous novels with Penguin Random House Australia, she worked as a criminologist and documentary film-maker, before deciding to pursue a career in writing. She is currently working with her husband, Adam Simon, co-creator of the TV show Salem, on a new TV pitch. She can be found at www.cassandraaustin.com, on Twitter @ casaustinauthor and Instagram at casaustin1 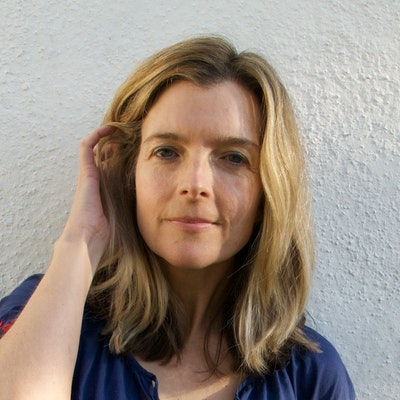 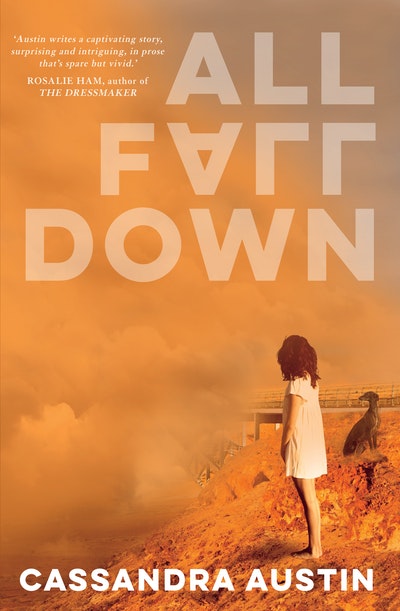 Elusive, unsettling and absolutely compelling – I couldn’t put it down.

There are novels about motherhood, the decay of suburban Australia, marriage, secrets and deceit, and then there is Like Mother. Original, forebodingly - beautiful, effortlessly textured and nuanced, Austin delivers a gothic exploration of what happens when men view women as an inconvenience and motherhood is treated like a disease of the heart. Her characters are unforgettable gifts. Years of deceit and the inability to speak about loss, shame, and guilt are presented as infestations that drive us to perpetually question our realities and keep us from ourselves. Austin masterfully handles the dark heart of mother love and protection as both a nightmare and a heartbreak. A true piece of literary gold for those of us who relish an excavation of what lies beneath the facade.

A mesmerising read of one day in the collapsing life of a brand new mother. The lens on mothers and daughters is compelling. The book covers just one day and you will want to finish it too in just one day.

Like Mother has the pulse of a psychological thriller and the beating heart of a twisted love story about the powerful connections between children and parents.

Like Mother unfolds in a day, tracking Louise’s apparent unravelling via the three alternating voices of Louise, Steven and Gladys. All have secrets, and their questionable reliability as narrators adds intrigue and a sense of unease to a story that excavates the depths of shame, guilt and grief. Cassandra Austin writes compelling characters and skilfully encapsulates the era. Her portrayal of women’s roles in the home in the 1960s, with all the associated feelings of loneliness, powerlessness and entrapment, is particularly well conveyed. Like Mother will appeal to lovers of women’s fiction with a dark edge. Strains of Mommie Dearest can be found in the co-dependent mother–daughter relationship, while the central mystery of the missing baby will ensure rapidly turning pages.

The backdrop of the moon landing provides a contrast of technology and success to Louise’s sense of hopelessness in the face of new motherhood in small-town Australia. The old ways of her family are part of her unraveling, as a long-held family secret is revealed over one very dramatic day. Cassandra Austin captures beautifully an atmosphere of addled brains and revelations crushing in on a family and small community.

A page-turner that weaves together themes of motherhood and family secrets. Austin is a clever writer; her careful selection and placement of words creates surprising, vivid images. Driving across the state in his Holden HR with the latest models, Steven has taken door-to-door selling to a new level. ‘It tips the farmers’ hats back, seeing him rock up with a refrigerator.’ Her characterisation is original, unpredictable. The denouement of Like Mother is satisfying, but plot is only one reason to read, and reread, this page-turner.

This is a delightful book. Small-town Australia is beautifully evoked, from physical descriptions of the streets and houses to the social attitudes of the time, particularly regarding women and mothers. The story delves into dark issues but it is lightened by wit and humour and some marvellous supporting characters, such as Gladys's three sisters. While some of 1960 Australia will feel quaint, other parts are just as relevant today, especially the question of whether a woman's home is her castle or her cage.

A sinister but scintillating page-turner about the relationship between mothers and daughters, this will keep you guessing until the final page.

You think lockdown was tough? Try being a new mother in 1960s small-town Australia with a husband on the road. Cassandra Austin's domestic drama reads like a psychological thriller, pulsing with suspense. Her characters are masterfully drawn, their flaws and selfish motivations laid bare across the shared narrative as they explore motherhood, grief and society's expectations of women. Like Mother is a page-turner with a plot twist that will make you gasp.

A compelling look at what happens when mothers break, but more than that, it's an honest look at the fragility of a mother's mental health, the still-taboo subject of post-natal depression and the consequences for mothers who don't get the support they desperately need.

The action transpires over one day and develops from keenly observed domestic drama into a frantic, character-driven psychological mystery with family secrets and perhaps more than one unreliable narrator. Cassandra Austin knows how to toy with preconceptions and fears around motherhood, generating suspense by layering conflicting perspectives.