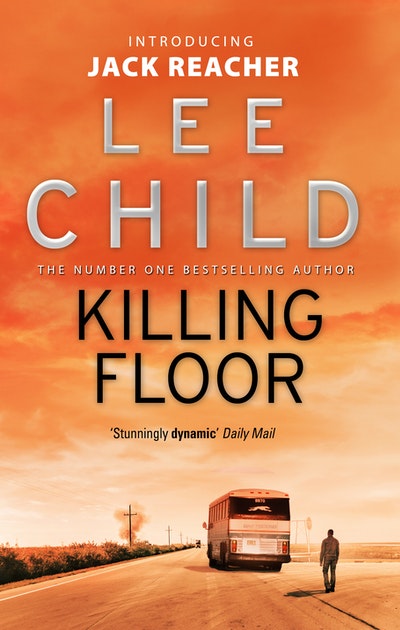 Margrave is a no-account little town in the Georgia Sunbelt. The busiest it ever gets is at the end of ther schoolday. But there's something strange about Margrave: it's completely perfect. So perfect, it's frightening. The lawns are like velvet and the trees look like they've just had a manicure. And from the laid-back barbershop to Eno's state-of-the-art diner, the local businesses thrive without customers.

When drifter and ex-military policeman Jack Reacher hits town, he plans to be gone by Monday. But before then Margrave has its first recorded homicide in thirty years. As the only stranger in town the murder is pinned on Reacher. And so begins his nightmare 'starting with a weekend on the killing floor among the jailhouse lifers.

If long-lost kin and a long-dead guitar hero could tell tales, Reacher would know just what kind of big operation he's walked into. But as the nasty secrets of the lethal conspiracy that keeps the whole town ticking starts to leak out, the body count mounts. And the killing turns into an epidemic.

'Great style and careful plotting... Depicted with the kind of detail that builds dread and suspense.' New York Times

'Beautifully detailed action scenes and fascinating arcana about currency and counterfeiting enliven this taut and tough-minded first novel... Child writes with a hand as strong and steady as steel.' Publishers' Weekly

At least as good as any of Grisham's.