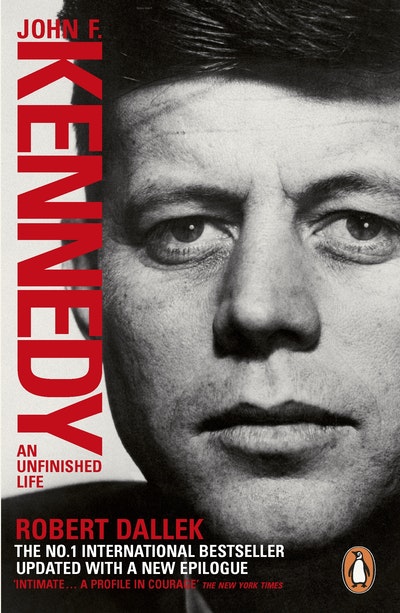 Idolized by millions, John F. Kennedy became a twentieth-century icon during his tragically short life. But who lay beneath the legend?

Updated edition of the authoritative single-volume biography of John F. Kennedy. Drawing upon first-hand sources and never-before-opened archives, prize-winning historian Robert Dallek reveals more than we ever knew about Jack Kennedy, forever changing the way we think about his life, his presidency and his legacy.Dallek also discloses that, while labouring to present an image of robust good health, Kennedy was secretly in and out of hospitals throughout his life, soill that he was administered last rites on several occasions. He never shies away from Kennedy's weaknesses, but also brilliantly explores his strengths. The result is a full portrait of a bold, brave and truly human John F. Kennedy.

Robert Dallek is the author of John F. Kennedy: An Unfinished Life, 1917-1963 and he won the Bancroft Prize for his classic two-volume biography of Lyndon Johnson, Lone Star Rising and Flawed Giant. He is an elected fellow of the American Academy of Arts and Sciences and of the Society of American Historians, for which he served as president in 2004-2005. He lives in Washington, D.C.