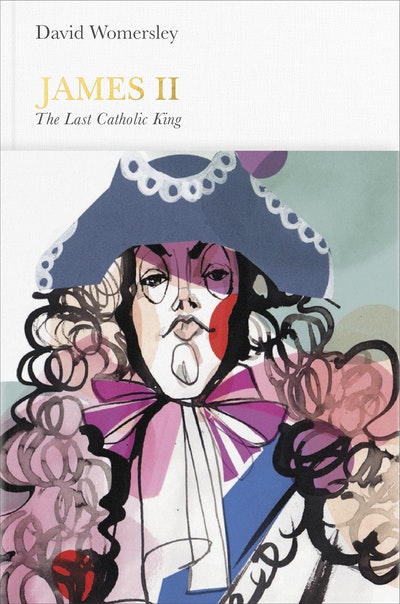 The short, action-packed reign of James II (1685-88) is generally seen as one of the most catastrophic in British history. James managed, despite having access to tremendous reserves of good will and deference, to so alienate his supporters that he had to flee for his life. And yet, most of that life was spent not as king but first as heir to Charles II, as Duke of York (after whom New York is named) and then in the last part of his life as the first Jacobite 'Pretender', starting a problem that would haunt Britain's rulers for generations.

David Womersley is the Thomas Warton Professor of English Literature at the University of Oxford. He has published widely on English literature from the Renaissance to the early nineteenth century. For Penguin he has edited Gibbon's History of the Decline and Fall of the Roman Empire, Augustan Critical Writing, Burke's PhilosophicalEnquiry into the Sublime and Beautiful and Other Pre-Revolutionary Writings, and Samuel Johnson's Selected Essays.