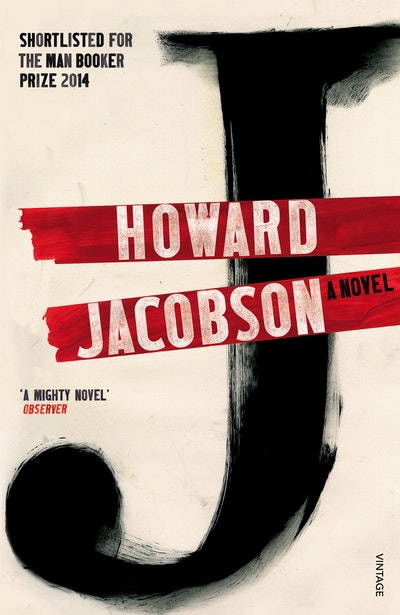 A life-changing novel by one of Britain's greatest novelists, winner of the Man Booker Prize in 2010

A thought-provoking prescient novel from the Booker-prize winning author of The Finkler Question.‘Remarkable…May well come to be seen as the dystopian British novel of its times’ GuardianTwo people fall in love, not yet knowing where they have come from or where they are going. They aren’t sure if they have fallen in love of their own accord, or whether they’ve been pushed into each other’s arms. But who would have pushed them, and why?

Hanging over their lives is a momentous catastrophe – a past event shrouded in suspicion, denial and apology, now referred to as What Happened, If It Happened.

Set in the future – a world where the past is a dangerous country, not to be talked about or visited – J is a love story of incomparable strangeness, both tender and terrifying. 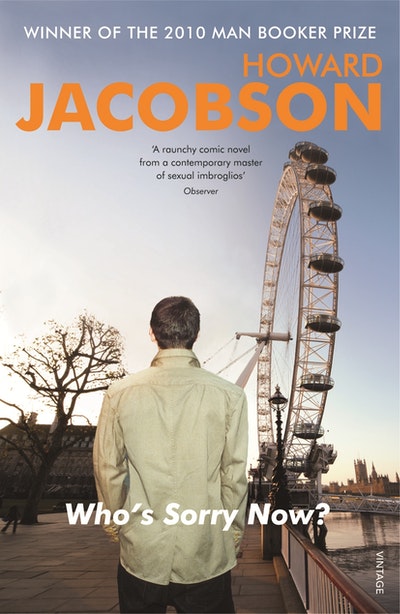 Praise for J: A Novel

Snarling, effervescent and ambitious… Jacobson’s triumph is to craft a novel that is poignant as well as troubling

Jacobson…goes from strength to strength.

Very little about Jacobson’s circuitous romance-cum-murder mystery is straightforward – other than its originality and its devastating brilliance.

To say J is unlike any other novel Jacobson has written would be misleading: the same ferocious wit runs throughout… That said, comparisons do not do full justice to Jacobson’s achievement in what may well come to be seen as the dystopian British novel of its times.

A snarling, effervescent and ambitious philosophical work of fiction… Jacobson’s triumph is to craft a novel that is poignant as well as troubling.

Jacobson has crafted an immersive, complex experience with care and guile.

J is a remarkable achievement: an affecting, unsettling – and yes, darkly amusing – novel.

A provocatively dystopian novel that depicts a disturbingly nice world.

Sufficient testament to a writer who is…producing some of his most powerful work.

You can’t help feeling that this is an important book, and it’s hugely compelling… Worthy of its status as a Booker long-listee.

Jacobson’s most significantly Jewish book and quite possibly his masterpiece.

The persistent reader will be duly rewarded, as the denouement reveals a hidden logic and the book climaxes with a brilliant literary (and philosophical) coup.

Contemporary literature is overloaded with millenarian visions of destroyed landscapes and societies in flames, but Jacobson has produced one that feels frighteningly new by turning the focus within: the ruins here are the ruins of language, imagination, love itself.

The savagery of his imagery and his conclusions are impossible to forget, and maybe even to deny.

I loved this book. A compelling tale that is bound to be a hot contender for the Booker.

Impressive, disturbingly timely – a massive step aside and a noticeable step up from most of his other fiction.

A pivotal – and impressive change of direction for [Jacobson].

Sentence by sentence, he remains perhaps the best British author around.

This is Jacobson at his provocative, surprising, brilliant best.

Thrilling written and the most ambitious work on the shortlist… Once you’ve worked out what’s going on, you’ll be gripped by its hints of an anti-Semitic armageddon.

A brilliant conspiracy yarn examining the manipulation of collective memory.

It's not just the subject of this book that will shock Jacobson fans, its distinct narrative style also comes as a surprise. A pleasant one at that.

A dystopian vision, haunting and memorable

It’s a triumph of creative writing. I finished it and started it again

chilling and provocative, Jacobson is at the height of his powers here