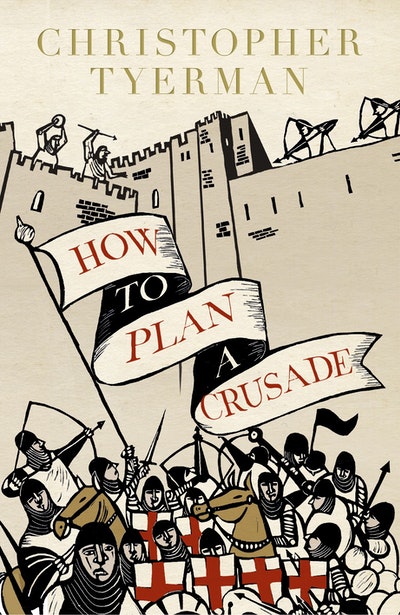 How to Plan a Crusade

Reason and Religious War in the High Middle Ages

The story of the wars and conquests initiated by the First Crusade and its successors is itself so compelling that most accounts move quickly from describing the Pope's calls to arms to the battlefield. In this highly original and enjoyable new book, Christopher Tyerman focuses on something obvious but overlooked: the massive, all-encompassing and hugely costly business of actually preparing a crusade. The efforts of many thousands of men and women, who left their lands and families in Western Europe, and marched off to a highly uncertain future in the Holy Land and elsewhere have never been sufficiently understood. Their actions raise a host of compelling questions about the nature of medieval society.

How to Plan a Crusade is fascinating on diplomacy, communications, propaganda, the use of mass media, medical care, equipment, voyages, money, weapons, credit, wills, ransoms, animals, and the power of prayer. It brings to life an extraordinary era in a novel and surprising way.