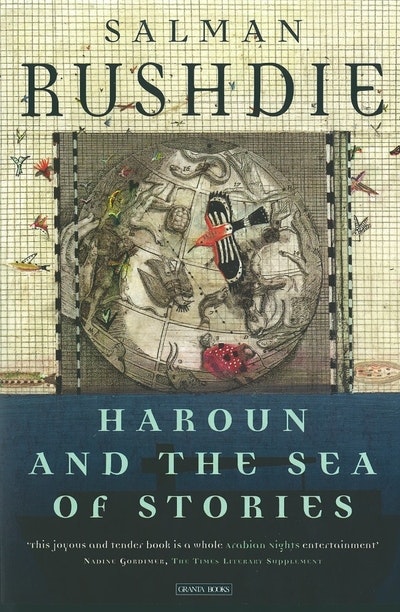 Haroun And The Sea Of Stories 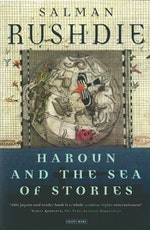 Haroun's father is the greatest of all storyletters. His magical stories bring laughter to the sad city of Alifbay.

But one day something goes wrong and his father runs out of stories to tell. Haroun is determined to return the storyteller's gift to his father. So he flies off on the back of the Hoopie bird to the Sea of Stories - and a fantastic adventure begins.

Salman Rushdie is the author of thirteen previous novels – Grimus, Midnight’s Children (for which he won the Booker Prize and the Best of the Booker), Shame, The Satanic Verses, Haroun and the Sea of Stories, The Moor’s Last Sigh, The Ground Beneath Her Feet, Fury, Shalimar the Clown, The Enchantress of Florence, Luka and the Fire of Life, Two Years, Eight Months, and Twenty-Eight Nights, and The Golden House – and one collection of short stories: East, West. He has also published four works of non-fiction – Joseph Anton, The Jaguar Smile, Imaginary Homelands, and Step Across This Line – and co-edited two anthologies, Mirrorwork and Best American Short Stories 2008. He is a member of the American Academy of Arts and Letters and a Distinguished Writer in Residence at New York University. A former president of PEN American Center, Rushdie was knighted in 2007 for services to literature.