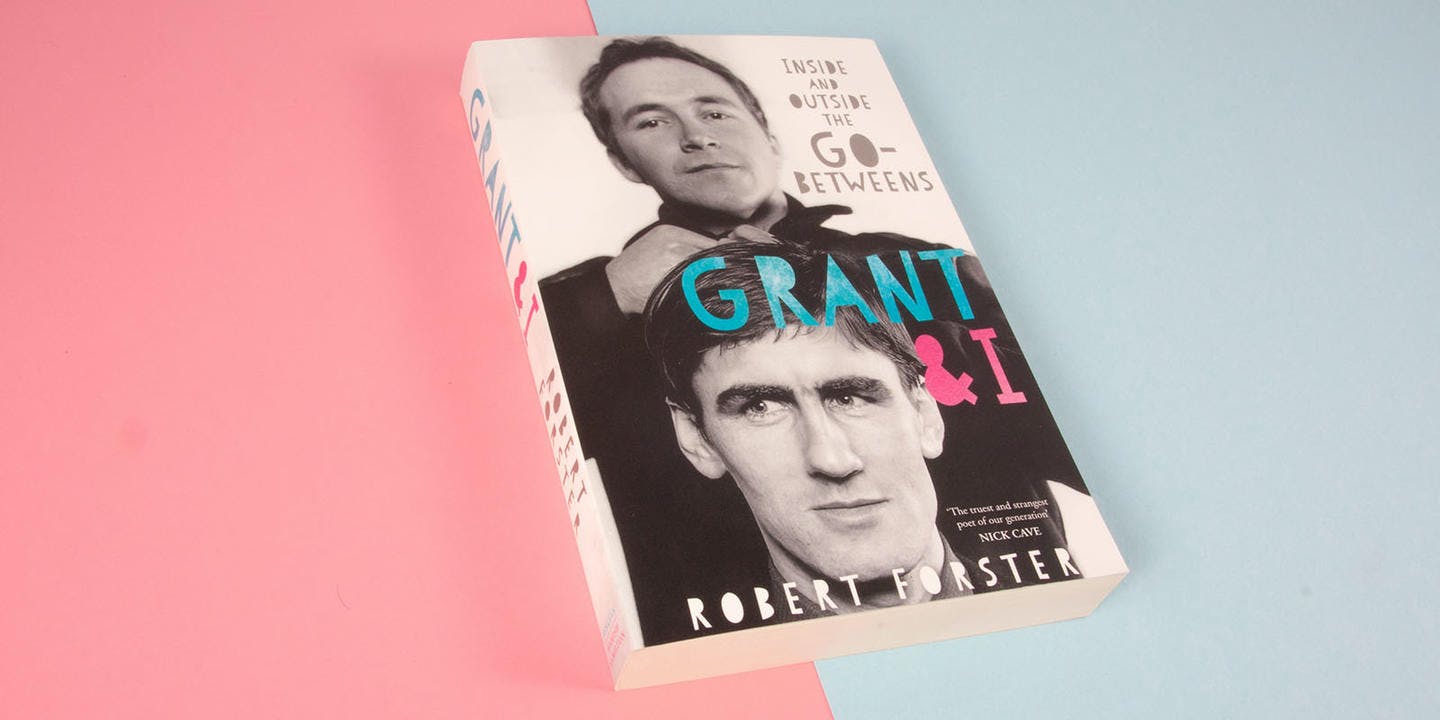 The 1980s songwriting partnership of Grant McLennan/Robert Forster was a little like an Australian John Lennon/Paul McCartney. The pair wrote all The Go-Betweens' distinctively original material and, like their more famous counterparts, shared the credits and alternated on lead vocals; both also played guitar. Grant & I is Forster’s extraordinary portrait of this intense, creative, sometimes fraught friendship – a genuine meeting of artistic minds.

Wise, witty, poignant, insightful, self-deprecating and knowledgeable, channelled through Robert Forster’s unforgettable storytelling, Grant & I shines light on all the ups, downs, hits and missteps of life in The Go-Betweens. Here are just five of the many insights we gained from the pages of the book.

Robert Derwent Garth Forster is named after Samuel Taylor Coleridge’s son
Robert only discovered this after reading one of his own early poems aloud at his grandparents’ fiftieth wedding anniversary in 1972. Post-poem, Robert’s Aunt Sibbie took him aside, revealing something of her appreciation for poetry, and the secret of his literary namesake. From the pages of Grant & I, this is how  Robert remembers it going down:

Robert Forster, prompted by Bob Dylan, coined the phrase ‘striped sunlight sound’, associated with Brisbane pop music
It was a rare Bob Dylan interview in Playboy magazine that planted the seed. Robert was driving as Grant read aloud – the two poring over Dylan’s answers for laughs and attitude lessons. The big-bang moment arrived when Dylan described the sound achieved on his Blonde on Blonde album as: ‘…that wild mercury sound.’ It’s a memorable scene painted in the late-afternoon sun by Robert in Grant & I. And Dylan’s brief description of his own band’s sound left a subtle mark on Brisbane music for years to come. This is how Robert describes what happened next:

Grant McLennan only ever drove a car once
When Grant returned from a trip to his family’s country property in 1979, Robert was surprised to learn Grant now had a driver’s licence. But his driving career was to be short-lived. In Grant & I, Robert sets the scene:

The Go-Betweens have a bridge named after them in Brisbane
Here’s the official spiel from the Queensland Government website:

Hale Street Link renamed
Go Between is the result of 5800 responses from a community vote in August and September 2009.

Go Between was short-listed as it reflects the purpose of the bridge; allowing motorists, cyclists and pedestrians to easily go between some of Brisbane’s most popular recreational, cultural, educational and residential precincts…

The name is also a tribute to The Go-Betweens; an internationally influential band from Brisbane.

The bridge was officially named by founding member Robert Forster, and six other members of The Go-Betweens, at the Community Market Day on Sunday, 4 July 2010, the day before the bridge opened to traffic.

As it turns out, it’s a fitting tribute to a band whose name was first uttered while crossing the Brisbane River some decades before, as Robert reveals in Grant & I:

Robert Forster got to meet the subject of his early song ‘Lee Remick’
And the actress proved to be as charming in real life as on the screen. The meeting took place in Sydney in 1986, nearly a decade after the song was recorded as a single, and that evening Lee was a guest on the Mike Walsh Show. In Grant & I, Robert writes:

The creation of Grant & I was assisted by the Australian Government through the Australia Council for the Arts, its arts funding and advisory body.

Grant & I is the story of the friendship and collaboration of Grant McLennan and Robert Forster, who gave Australia The Go-Betweens, one of our best and most influential bands. It was named Book of the Year 2017 by Mojo and Uncut magazines.