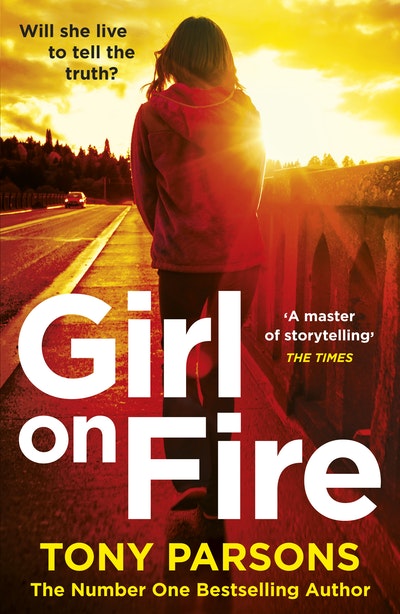 I woke up and the world was gone.

All was silent, all was black, the darkness so complete that it was as if all light had been drained from the world.

The dust was everywhere. The air was thick with it – hot and filthy, the dust of a freshly dug grave. And a strange rain was falling – a rain made of rocks and stones, the fragments and remains of smashed and broken things that I could not name. The destruction was every­ where, in my eyes, my mouth, my nose and the back of my throat.

I was flat on my back and suddenly the devastation was choking me.

I pushed myself up, coughing up the strange dust, feeling it on my hands and my face.

I stared into the pitch-­black silence and felt a stab of pure terror because for the first time I was aware of the heat. There was a great fire nearby. I looked around and suddenly I saw it, blazing and flaring, the only light in the darkness. The heat increased. The fire was getting closer.

Move or die. These are your choices now.

Then I was on my hands and knees, scrambling away from the fire, gagging up the filth that filled the air. A wave of sickness was sweeping over me, and I was aware of a pain that was everywhere but seemed to radiate out from the inside of my right knee.

I fell on my side with a quiet curse and touched the slice of glass that was embedded in my leg. It was a small but thick chunk of a plate­-glass window that was never meant to shatter. I felt it gingerly, my knee raging with pain, trying to make sense of it all.

Where had the old world gone? What had happened?

I remembered that I had been in the Lake Meadows shopping centre in West London, buying a new back­ pack for my daughter, Scout. She wanted a plain and unadorned Kipling backpack now that, aged seven, she considered herself far too mature for the backpack she currently carried to school. It was only a year old but featured the female lead of last summer’s big block­ buster movie, The Angry Princess, a beautiful cartoon princess who looked fierce and threw thunderbolts from her elegant fingernails. And Scout was done with all that little kids’ stuff. She wanted me to buy her a big girl’s backpack. And that’s what I had been doing when it happened.

I remembered paying for the new grown­up rucksack and stepping out into the concourse wondering where I could get a decent triple espresso.

There had been people and lights and smiles, the smell of coffee and cinnamon rolls, the soft sounds of shopping centre music, some song from the last century. It was something other than a memory. It felt like a dream that I was forgetting upon waking.

And now the light ebbed and flowed because the darkness was broken up by the great fire but also by some weak grey light from the outside world creeping into the ruins through a shattered roof or wall.

Now I could see the bodies in what had been the shopping mall.

But this new world was silent.

Then I realised that the world was not silent. Not really. My hearing had gone the moment that everything went away.

There was a young security guard sitting on the ground nearby. His uniform was covered in the grey dust. He turned his face towards me and tried to speak.

No – he was speaking but I couldn’t hear him.

I pulled the broken glass from my knee, cried out with pain and crawled to his side.

His mouth moved again but his words were indistinct.

I stared at him, my eyes streaming in the dust, shaking my head.

He repeated his words and this time, above the ringing in my ears, I heard him.

He was holding his arm, staring at it with confusion.

His right arm was missing below the right elbow.

I put the bag containing Scout’s new rucksack beneath his head.

Then I took off my leather jacket, pulled off my T­-shirt and tore it into three pieces.

The security guard was trying to hold his injured arm in the air, using gravity to stem the flow. I nodded encouragement.

People were slowly walking past us. They were not running. They were too dumbfounded to run. They staggered out of the swirling clouds of dust, some of them still carrying their shopping, too numb to drop it, too shocked to let go of their bags, as if none of this was possible. I placed a strip of T-­shirt in the security guard’s wound and held it there.

The blood seeped through almost immediately.

I left the scrap of bloody T-­shirt plugged into the wound and placed a second piece of the T-­shirt on top. This bled through more slowly.

As gently as I could, I removed the guard’s tie, meas­ured approximately four inches above the wound and tied a tourniquet on what remained of his right arm. Then I placed the final piece of T-­shirt on the wound.

And this time no blood came through.

My hearing was back now and I could hear the screams and the sirens. I could see bodies scattered in the ruins. I could feel the great fire. The horror flooded over me and made it difficult to breathe.

I thought of my daughter and I didn’t want to die.

Objects began to rain harder from the sky. And now some of them were as small as pebbles while some of them were chunks of matter big enough to break your neck. The security guard and I flinched and cowered and tried to protect our eyes.

The sky was falling down on the living and the dead – great clumps of concrete bringing with it more clouds of dust, as if the sky itself had been made from these things, and now it was smashed for ever.

A piece of something struck me on the shoulder. I felt nothing, but the pain in my right knee made me clench my teeth until my jawbone ached.

I took the security guard’s left hand and guided it to the scraps of T­shirt stuffed into his wound. He was still attempting to hold his arm in the air. He was doing good.

Then I was on my feet, and I began to walk towards the sound of the sirens. But my right knee no longer worked the way it should.

I felt it buckle beneath me and suddenly I was down on my hands and knees again.

I slowly got up and walked on, favouring my left leg now, trying not to put too much weight on the right side.

I could feel the heat of the fire and I could smell the stink of the fire.

But an ocean of the stuff, all of it ablaze, and that made no sense. Where would that much kerosene come from?

A man in a business suit walked by carrying a bag from the Apple store, every inch of him coated in the grey dust that filled the hot, fetid atmosphere. I spat out some filth and took a deep breath, inhaling the burning air. It seared my lungs.

The fire was getting closer.

A life­-size puppet was hanging from what had once been the basement roof of the shopping mall. There were long thick straps of webbing attached to the puppet’s chair and they held him from the ceiling, as if waiting for some giant hand to move him. The puppet was close enough for me to see the expression on his unmarked face.

And I saw that this had been a man. The man had been a pilot. And some freak accident had prevented him from being smashed to a billion pieces after falling from the sky.

I had heard of this happening but I had never believed it.

But now I believed.

And now, finally, I began to understand. That reeking, sickening smell was Jet A­-1. Aviation fuel.

‘Excuse me,’ an elderly woman said, her politeness heartbreaking in this new world. ‘Please stay with us.’

She was sitting on the floor, cradling the head of a man her own age who looked close to death. I knelt beside them, gasping as the pain in my knee surged through the rest of my body, and as I took her hand I saw what had brought this new world into being.

And through the smoke and the dust and the twilight ruins I saw a smashed and crumpled Air Ambulance, its cockpit a ruined pulp of red aluminium and steel and glass, the four rotor blades twisted and bent yet somehow not broken.

It looked like a giant insect that had been swatted by some enraged god.

Behind it was a wake of wreckage that seemed to stretch on forever, twisted and burning and broken, a tangled mess of steel and glass and concrete, flesh and blood and bone, human beings and buildings. Everything smashed.

But there were new lights now, the red and blue lights of the first responders.

And I left the old man and woman and started off towards the red and blue lights, but my knee went again and I fell flat on my face in what remained of that shop­ping centre.

So I got up and tried one more time, treading very carefully so as not to step on the bodies that were scat­tered all around, moving very slowly to protect my busted knee, as if everything that I thought I knew would have to be learned again.

And as the tears cleared the dust from my eyes, I saw this new world clearly.

I saw the men and women who came with the red and blue lights of the emergency services.

I saw the trail of total ruin that had been left in the wake of the fallen helicopter.

And the rage choked my throat when I saw the injured – that gentle little euphemism for those who now carried terrible wounds that would never heal, not in this lifetime.

Then I wiped my eyes with the back of my hands, sucked in some air and began to stumble towards the reds and blues of our lights. 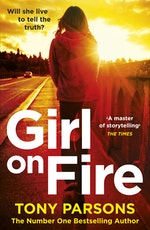 From the Sunday Times no.1 bestselling author, a brilliant page-turning new Max Wolfe thriller that will keep you gripped and guessing until the very last page.