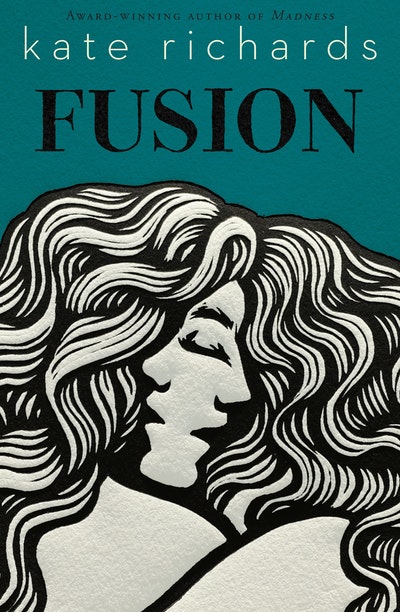 In the beginning we were a single pluripotent embryo that was so burst-full of genetic potential it considered becoming two embryos and then part way through this most delicate of processes, changed its mind. We were born in the deepest part of the night when the moon was dark and the clouds low, Venus and Mars were obscured and the stars stopped blinking for a whole heartbeat. Now, if we turn our heads in to the right or left as far as they’ll go – thirty degrees – and look to the right or to the left till our eyes ache, we can see each other’s cheek.

But not each other’s eyes.

Two perfectly formed skulls, two minds, two hearts, two or three or four lungs – we’re not exactly sure – but below the neck we’re only two in profile, in shadow, our twin heads an echo. As one with the first thrill of desire but divided by the secret areas of the body that are half numb, half electric.

Growing over the verandah of our home is a muscat grapevine, thick enough that the kitchen, facing east, isn’t sun-flooded but deep- water-flooded first thing in the morning. Pushing our hair from our eyes, blinking, half-blinded by hair and light, we share oatmeal and spice-coffee with our cousin Wren – everything bathed in green.

‘Turn it the other way. Ow

Rising from the table, moving with our rolling fluidity that Wren calls a kind of grace, we put our cup and bowl in the sink and pause in the doorway between the kitchen and the outhouse, backing into the sun, eclipsing it.

‘How long will you be gone?’

‘What if somebody comes?’

‘But what if someone does?’

‘The Browning’s under my mattress, magazine’s already loaded.’

He winks at us and disappears and we smile our curious double- smile and smooth down our dark-blue dress with its bateau neck that we widened by ourself with the kitchen scissors. We’re awful at sewing – three of our eyes see very poorly up close.

At Hope Home we were a Child of the Devil – cloven and deformed – an example to the whole world of evil – the illegitimate spawn of sinners. They prayed for us.

They prayed that we wouldn’t live long, that death would find us swiftly. We had fallen so low, there was nowhere else for us to go.

Most of the other children there were mute, some were missing an arm or a leg, some had no arms or legs. Some had faces that were squashed-in or blurred or melted, some had no eyes, we were the only one with two heads. What a strange lump of humanity, what a strange shadow we made.

Luckily for us, many of the other children couldn’t get around without help, but those who had the use of their legs enjoyed poking us and pinching our skin until it was bloodless and they tripped us and pulled our hair in opposite directions and laughed as we  fell over and scrabbled about face down on the floor, laughed louder at our bruises, laughed even louder when we didn’t get to the toilet in time and pee, hot and bright yellow, ran down our legs.

Wren’s ’58 Austin truck – spearmint green, wooden tray with a rotting panel in the middle that’s going to fall right out if he doesn’t replace it soon (much like a decaying tooth, of which we have plenty) – creaks and shudders even when the engine is off – doors, brakes, gears, suspension. From the window in the living room we watch him get in and he turns the engine over and sets off along the dirt driveway – lumpy and potholed and almost completely camouflaged in long grass, till the turn-off. As the Austin grinds away in second gear, jiggering over the potholes, we try to remember exactly how the road twists and loops back on itself, round and down and round and down and round and off the alpine plateau, away from the undulating snowgrass, snow gums and the granite sentinels we love so much.

After an hour or so – if we’re remembering right – the road turns into a proper one, gravel, graded by the local council once a month, more often after rainstorms which sometimes come in the early weeks of summer like wildfires, swift and furious, hailstones the size of fists. We  like to think of Wren pushing open the triangular side window  of the truck, sticking his arm out straight and letting the wind keep it there, not minding the dust or the black flies – while above him the sky darkens and darkens.

By choice we do not go into town, by choice we never leave here at all. Our only worry in the world is that one day Wren won’t come back. He tells us stories about Sammy Whistle, the manager of the Swiggin Post Office & General Store. Sammy Whistle likes everyone to think he owns it too – he built a house for his family by adding rooms one by one off the back of the store. First a proper bathroom and then a kitchen and then a living area with a wood stove in the middle and then the bedrooms. He puts all his earnings back into the store and the house and the garden. Wren says if the real owners felt like it they could end the lease, evict the family, demolish the site and there’d be nothing Sammy Whistle could do about it. He’d lose everything.

Sammy Whistle booms, roars, laughs, his breath like a hot wind. Wren’s a bit scared of him – we might be wrong about this – but the fact is, he always comes home from town with his neck and face covered in raised red splotches and little angry bumps that he’s scratched till they’ve bled.

While Wren is gone we keep our hands busy. Try one way, then this way, holding the thread up in front of us at eye height, straight up, still as still, one eye shut tight. Practise touching the tip of the thread with the fingers of our other hand – index and thumb. It must be a very deliberate touch, but soft. Don’t move or else shhhh still as still, then deliberate. But soft. The first time we overshoot by at least three centimetres and our double-laugh (one high and fine, the other low like thunder) just sets us laughing more.

Box Head passes by on his way outside and looks at us as though we are children, our four eyes follow the flick of his tail, the flick that says, o you poor silly children. Of the other cats, the most regal is the silver Spirit Cat, and then there’s Bear, still a kitten – found by Wren shivering and lost by Blindeye Creek.

Box Head has strong shoulders and long legs much like Wren, but Wren’s head is largish and his blueblue eyes are a counterpoint to his hair – not orange anymore, rather the colour of a slice of red gum, newly sanded and polished.

One of us pricks the other with the needle. There’ll be blood now. 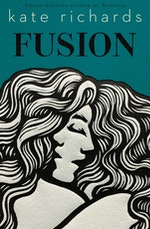 A haunting, compelling first novel by the author of the award-winning Madness: A Memoir.