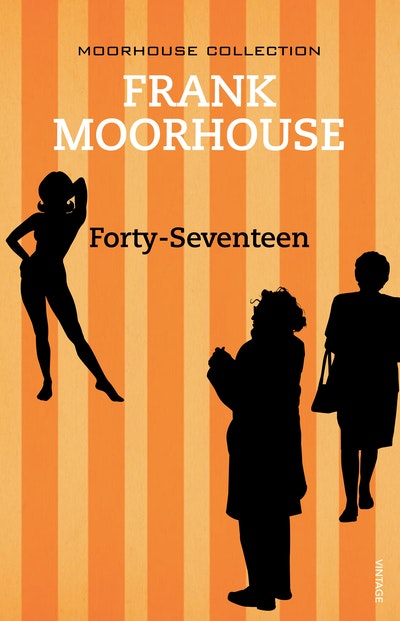 What could he tell her now, now that he was forty and she was no longer 17?

What could he tell her now, now that he was forty and she was no longer 17?

He is a failed writer turned diplomat, an anarchist learning the value of discipline. He moves in a world which takes him from the Australian wilderness to the conference rooms of Vienna and Geneva; from the whore-house to warzone he feels the pull of the genetic spiral of his ancestry. At the sharp axis of his mid-life he scans the memorabilia of his feelings in the hope of giving answers.

In his first full-length novel Moorhouse presents a roving, dissatisfied man entering middle age in a house-of-mirrors portrait: fragmentary and multifaceted. Sean, a hard-drinking, hard-living Australian, has just turned 40; the other half of the title refers to a precocious schoolgirl who is one of his many liaisons. The most important of the other women who drift into and out of his life include his ex-wife Robyn, now unflinching in the face of cancer; Belle, Sean's fellow sexual adventurer; and Edith Campbell Berry, an aging iconoclast whom Sean encounters in Vienna and Israel.

Forty-Seventeen is told with characteristic Moorhouse style - candid, wryly insightful and morbidly comic - and, in this resonant and acclaimed book achieves a new virtuosity.

Moorhouse at his best.

A work of verve and style.