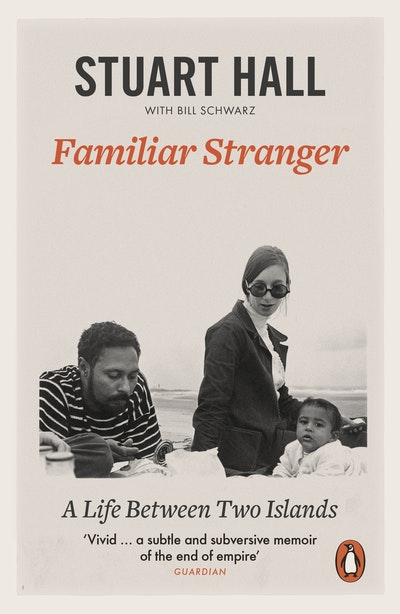 A Life between Two Islands

Growing up in a middle-class family in 1930s Jamaica, still then a British colony, the young Stuart Hall found himself caught between two worlds: the stiflingly respectable middle class in Kingston, and working-class Jamaica, grindingly poor, though rich in culture, music and history. But as colonial rule was challenged, things were beginning to change. When, in 1951, a scholarship took him across the Atlantic to Oxford University, Hall gained unexpected access to this other Jamaica. Also making the journey to Britain were young Jamaicans from all walks of life, as well as writers and thinkers from across the Caribbean. Now, Hall faced a new struggle: that of building a life in a post-war England so rife with racism that it could barely recognize his humanity.

Much more than a memoir, Familiar Stranger is a fascinating insight into how a life shapes a brilliant mind

This is a miracle of a book

Compelling. Stuart Hall's story is the story of an age. He was a pioneer in the struggle for racial, cultural, and political liberation. He has transformed the way we think

Vivid... a subtle and subversive memoir of the end of Empire