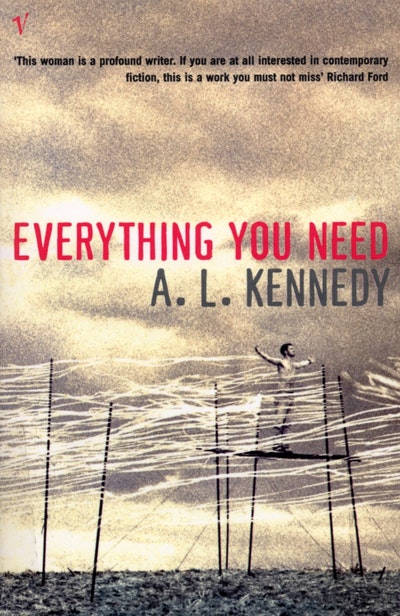 Nathan Staples is consumed by loathing and love in roughly equal measures. He is sustained only by his passionate devotion to his estranged wife, Maura, and their teenage daughter, Mary - whom he hasn't seen in fifteen years, and who thinks he's dead. When Nathan contrives to have Mary invited to the island where he lives in retreat, he sets in motion the possibility of telling her he is her father, and becoming complete again.

The path to grace, however, is strewn with obstacles. The obsessive Island dwellers are trying to cure themselves through trial by extremity, while in London, Nathan's editor, only friend and one link with his literary career, is drinking himself into the ground. And Mary herself is torn between familial love for the two uncles who brought her up in loco parentis, and the beginnings of a romantic, sexual life beyond.

Praise for Everything You Need

Magnificent, undoubtedly her best yet