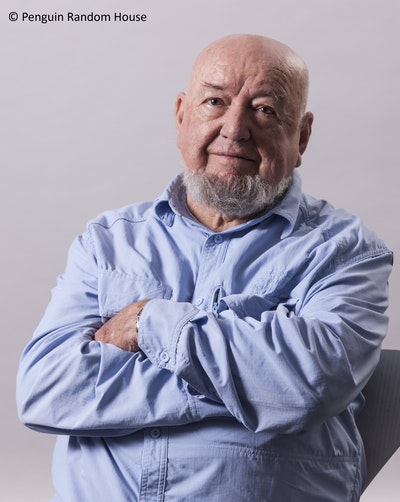 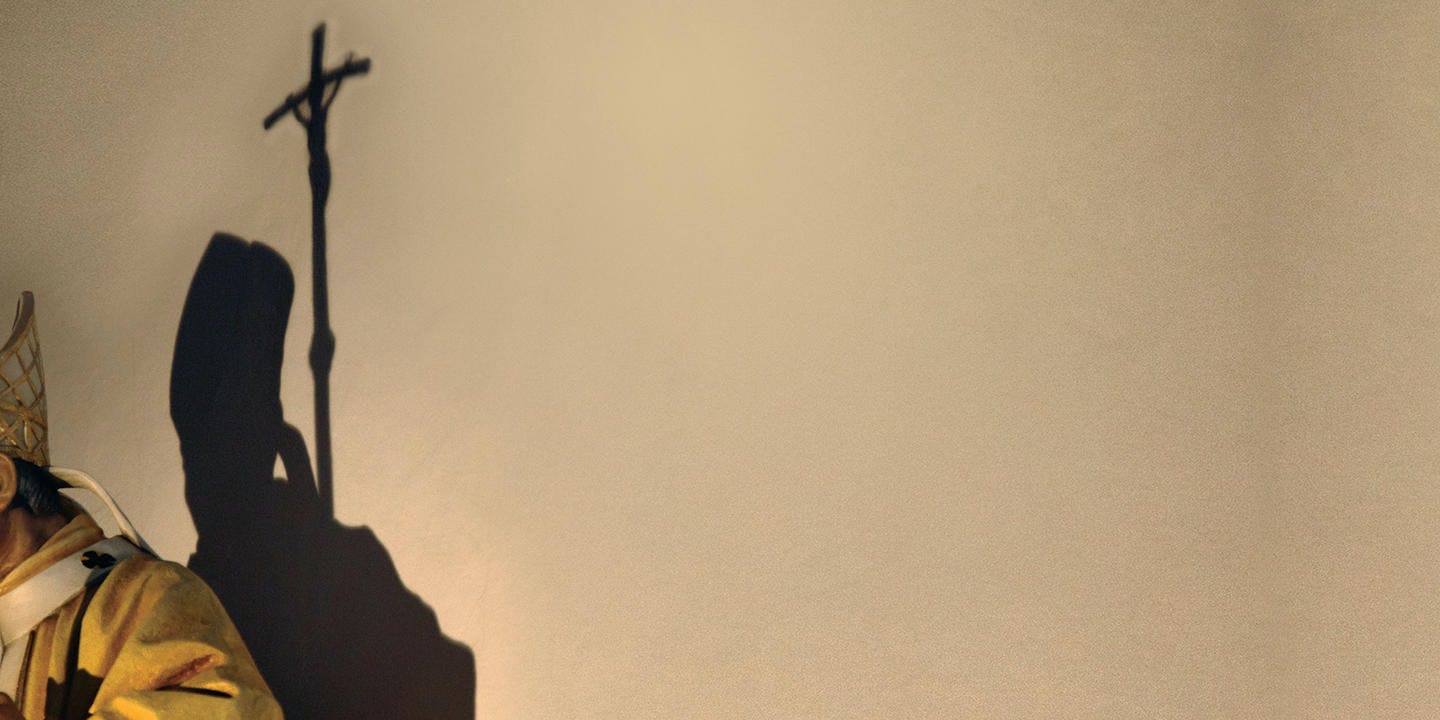 I suppose you could call me a child of the Church. It defined me and gave my young life any higher meaning it possessed. I was certainly one of several generations of children to be introduced early to the deranging Catholic addiction to guilt and the possible neuroses that lurked in the confessional – Pope Pius X’s edict of 1910 that seven years was the age at which a child was fit to confess made sure of that. In the confessional I encountered irritable priests, priests bored by the task, priests of admirable and tireless compassion, priests who actually tried to temper my religious over-enthusiasm, and priests who seemed at best eccentric messes themselves. But I never encountered any greater perils of the kind for which plentiful evidence exists, those dangers that encouraged the English author and former seminarian John Cornwell to call the confessional a venue for paedophiliac priests to groom children for abuse.

At an immature age, I chose to study for the priesthood, and I would like to put on record my thanks for the more generous and open-handed aspects of that training. It was not, however, an education designed to encourage a callow young man to achieve full maturity as a sentient and generous male adult. I was too innocent to understand that the education to make me a celibate strayed easily into stereotyping half of my species – women – as a perilous massed threat to priestly purity; or that the attendant emotional dwarfing could create, encourage or license the young men whose abusive tendencies are mourned in Crimes of the Father.

Those who trained me nonetheless proceeded in good faith. I might well have been a doctrinaire catastrophe if I had lasted, or else a whisky priest, but a nervous collapse after I was ordained a deacon, accompanied by a long spate of disabling mental exhaustion and inertia, saved me from finding out. I left a few months before my ordination as a priest. By then I had been partly humanised by some of my wiser fellow seminarians and priests.

I felt compelled to leave, but I did so with the conviction I was letting down not only the universal Church but also the traditions of my Irish-Australian clan. Like some characters in Crimes of the Father, I too had heard about the Mass stones of western Ireland, and I knew the worth of the despised Irish because I saw it amongst my own people, now transplanted to Australia. I knew that persecution had made us associate our identity with the Church. I knew that it was true, in fact, to say that some of my forebears in North Cork had starved instead of taking the chance of Famine soup and becoming Protestants – all for the sake of ‘the auld faith’. I knew that the struggles of the Irish had continued in the New World, that there were places I could not get a job in the 1950s because of my name and religion, and that my father and other kin of his had volunteered to fight in the Second World War in part to show that Catholics were reputable citizens like anyone else.

In the seminary not only did I have problems with belief in such theological fables as the Virgin Birth, but I was also shocked out of my own arrogant piety, in particular by seeing the callous way the institution treated young men who left. Some of these men were unwell – mentally or physically – yet even when that ill health stemmed from conditions at the seminary, they were cast back on their families with minimal financial or pastoral support. The rest of us were told to avoid them. Much later, as the abuse cases emerged, setting off an era of scandals, I saw a connection between the way the Church treated these young ‘failed’ priests – with nominal care and no responsibility – and the way the victims of abuse were being ‘helped’ and manoeuvred.

As a writer and former seminarian, I was asked in 2002 to write an article for the New Yorker on child abuse in the Catholic Church. In researching it I spoke to priests in both the United States and Australia who were friends of mine, and one of them, an Australian stationed in the US, predicted two outcomes for the Church in its failing to address the matters of both paedophilia and underage abuse. One was Frank Docherty’s message as narrated in this book: if the Church did not face up to the problem, and act according to its highest principles, the civil arm of society would ultimately force it to do so. The second was that a time would come when all priests would bear the opprobrium of the crimes committed and covered up. Both these prophecies of my venerated and now deceased friend turned out to be, as they say, on the money.

My friend was certainly not the only honest, striving priest to foresee these perils, to be scandalised by what had happened and to appreciate what was coming. He, like a number of my friends in the priesthood, possessed a genuine spirituality and a social conscience – a taste for what St Paul said was the first commandment: fraternal love. I wanted, therefore, to write about the spirituality of such priests, even though a fellow former seminarian jokingly warned me that spirituality was a rare animal amongst Catholic clergy. I was, however, lucky enough to know many priests with whom it was more than a pretence, and so, for good or ill, I based my main character, Docherty, on priests I have admired, none of them sadly the kind who are likely to be made bishops.

I have come to realise that if you leave the Church, the Church may not leave you. Even so, I am afraid that despite my arm’s length admiration of spirituality, I am what you would call a cultural Catholic, one of a subspecies despised by the more doctrinaire and totalitarian Church officials. I got the idea from those agnostic Jewish folk who celebrate Passover to commemorate their fellow humans whose lives were ended by barbarous decrees in the 1940s. In the same spirit I attend all the rites of passage of my esteemed late father and mother’s numerous Irish-Australian clans, both of which had American wings as well. I am grateful to celebrate the Last Supper and, in the name of people now gone, and much nobler than me, take the host, the sacrament. A deity could not be more appalled at my unworthy welcome to the Eucharist than by the celebration of the Mass by abusive priests. Many of the Church’s ayatollahs will queue to call me a delicatessen Catholic. Perhaps the Church is lucky still to have a delicatessen. But to say so is just the beginning of a tiresome debate in which the legalistic certainties of some priests and many bishops fall like axes; falling, as they always do, on divorcees, homosexuals, users of contraception, and all the other outcasts who might hanker to take Communion.

I have taken the liberty of setting Crimes of the Father in the 1990s, when the pattern that would mark the Church’s circumstances in the new twenty-first century was beginning to emerge, yet when the voices of the victims did not have the force they have now gathered. I chose that time setting in the interests of making Docherty something of a prophet, as my dear friend in the United States was in 2002.

Though I am far from saintly or free from shame myself, I have – like many Catholics at birth – been profoundly shocked by what has happened, by the hubris of notable Church leaders, and by the fact that the Church, faced with this crisis, reached not for the compassion of Christ but for the best lawyers available. I am not the only one. On a recent visit to Listowel Writers’ Week in Kerry, I noticed how thoroughly – more thoroughly than in the United States and Australia – the Irish Church has lost the west of Ireland, the land of our observant forebears. The most devout are the most profoundly scathed by these scandals. Much was required of them and of the rest of us as Catholics. Observance and innocence were required of us. But at the higher level of the priesthood such rigour lapsed, and the lapses were hidden to the limit of criminality. That, I suppose, is the story of Crimes of the Father.

Crimes of the Father Tom Keneally