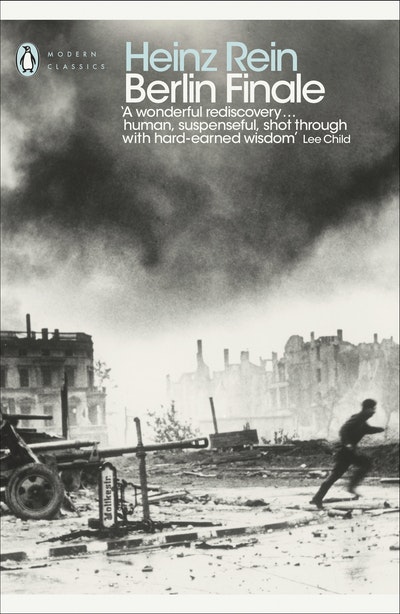 One of the first bestsellers in Germany after the Second World War, Berlin Finale is a breathtaking, epic window into one of the most dramatic periods of upheaval in modern history

April 1945, the last days of the Nazi regime. While bombs are falling on Berlin, the Gestapo are still searching for traitors, resistance fighters and deserters. People mistrust each other more than ever. Everyone could be a spy.

In the midst of chaos, the young soldier Joachim Lassehn desperately wants to escape. Friedrich Wiegand, a trade unionist tortured in a concentration camp, tries to speed up the end of the war through sabotage. Doctor Walter Böttcher helps refugees to survive. And Oskar Klose's pub is the conspiratorial meeting point of a small resistance group that the SS is trying to trace. Weaving together their stories, Heinz Rein offers an unforgettable portrait of life in a city devastated by war.

Unsettling, raw and cinematic, Berlin Finale was published in Germany in 1947 and quickly became one of the first best-selling books of the post-war period. Newly translated eighty years later, it is ripe for rediscovery.

A magnificent rediscovery at the exact right moment

Among the best Berlin novels, sitting alongside Hans Fallada's Alone in Berlin. A captivating story about the destruction of Berlin, a raging accusation, a moving contemporary document, unputdownable