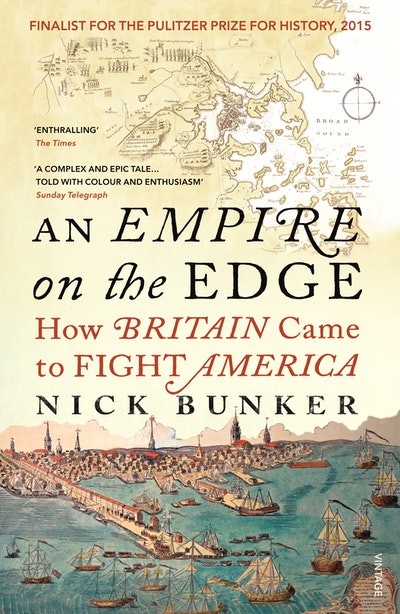 An Empire On The Edge

How Britain Came To Fight America

A lethal blend of politics, personalities and economics - and a war that few welcomed but nobody could prevent. In this Pulizter Prize finalist book, Nick Bunker explores the genesis of the War of Independence.

In this powerful narrative, Nick Bunker tells the story of the last three years of mutual embitterment that preceded the outbreak of America's war for independence in 1775. It was a tragedy of errors, in which both sides shared responsibility for a conflict that cost the lives of at least twenty thousand Britons and a still larger number of Americans.

Drawing on careful study of primary sources from Britain and the United States, An Empire on the Edge sheds new light on the Tea Party's origins and on the roles of such familiar characters as Benjamin Franklin, John Hancock, and Thomas Hutchinson. At the heart of the book lies the Boston Tea Party, an event that arose from fundamental flaws in the way the British managed their affairs.

With lawyers in London calling the Tea Party treason, and with hawks in Parliament crying out for revenge, the British opted for punitive reprisals without foreseeing the resistance they would arouse. For their part, the Americans underestimated Britain's determination not to give way. By the late summer of 1774, the descent into war had become irreversible.

Nick Bunker is the author of An Empire on the Edge: How Britain Came to Fight America, Young Benjamin Franklin: the Birth of Ingenuity and Making Haste from Babylon: the Mayflower Pilgrims and their World. In 2015 An Empire on the Edge won the George Washington Prize in the United States and it was a finalist for the Pulitzer Prize for History. In 2010 Making Haste from Babylon was long-listed for the Samuel Johnson Prize for non-fiction. A graduate of King’s College, Cambridge, and Columbia University, Bunker lives in Lincolnshire with his wife Susan and their otterhound, Champion Teckelgarth Mercury. 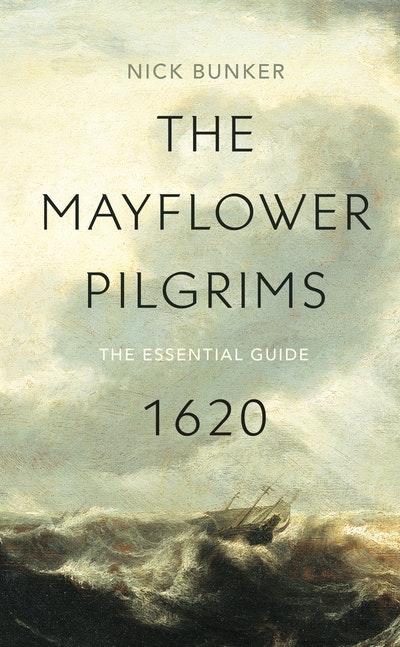 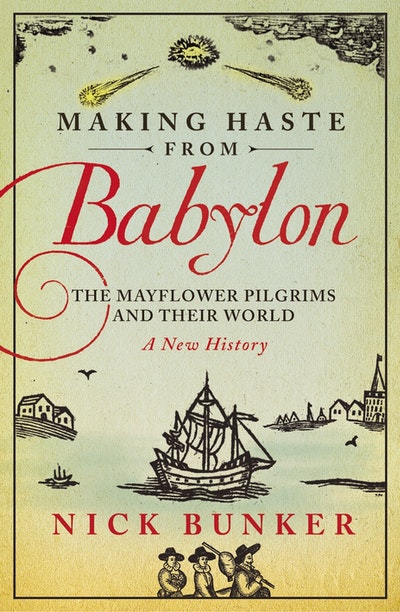 Praise for An Empire On The Edge

Nick Bunker dazzles the reader with a deeply researched and clear-eyed accounting of the dissolution of the mighty—but woefully overextended—British Empire. Bunker's mellifluous prose fairly jumps off the page, drawing the reader deeper and deeper into this intricate and fascinating tale

Utterly absorbing and full of colour, we learn afresh what a mess Britain made of leaving America and, crucially and importantly, how that mess shaped the American psyche

Highly readable account of the American Revolutionary crisis… A bracing gallop through the three years leading up to the "shot heard round the world" at Lexington, Mass., in April 1775 and an especially lucid portrait of the woes of the East India Co. A broad and telling portrait of the empire at a remarkable moment in its history

An insightful and aptly acerbic account of the lead-up to the unnecessary loss of America … The book is especially good on the commercial imperatives that draw both sides to desperation: on the private greed and the arbitrary interferences that persuaded reasonable men to risk their lives

A nuanced global analysis of Britain’s failure to hold onto its American colonies… Riveting… With a sharp eye for economic realities, Bunker persuasively demonstrates why the American Revolution had to happen

Bunker’s narrative is human and even-handed; and from the Boston harbourside to the salons of London, a complex and epic tale is told with colour and enthusiasm. It should even go down well in Boston

This is a compelling read that explains British decision-making with skill and insight. Highly recommended

[It is] brilliantly written and meticulously researched.