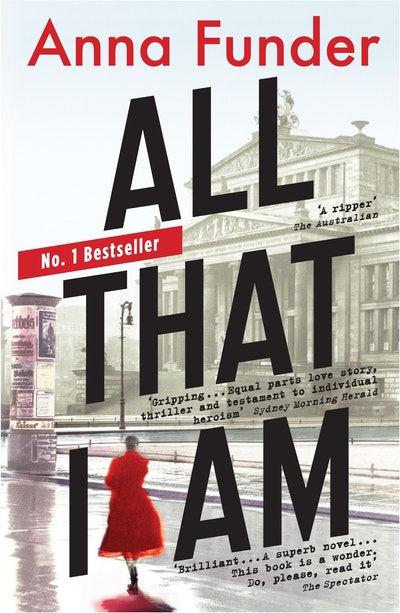 All That I Am

Based on real people and events, All That I Am is a masterful and exhilarating exploration of bravery and betrayal, of the risks and sacrifices some people make for their beliefs, and of heroism hidden in the most unexpected places.

When Hitler comes to power in 1933, a tight-knit group of friends and lovers become hunted outlaws overnight. United in their resistance to the madness and tyranny of Nazism, they flee the country. Dora, passionate and fearless; her lover, the great playwright Ernst Toller; her younger cousin Ruth and Ruth's husband Hans find refuge in London. Here they take awe-inspiring risks in order to continue their work in secret. But England is not the safe-haven they think it is, and a single, chilling act of betrayal will tear them apart.

Some seventy years later, Ruth is living out her days in Sydney, making an uneasy peace with the ghosts of her past, and a part of history that has all but been forgotten.

'A gripping story of love and betrayal. Dora is the most attractive fictional heroine in a long time.' New Statesman

'[Funder's] political and moral intelligence shine even more brightly than in Stasiland; the compassionate but unsentimental truthfulness towards her characters even more moving for being interwoven into a narrative of such complexity.' Raimond Gaita, Books of the Year, The Weekend Australian

'A sweeping first novel that cover love and war, friendship and betrayal, and the bonds that define a life. It is a moving and ambitious work.' Ann Patchett

Anna Funder is one of Australia’s most acclaimed and celebrated writers. Her multi-award winning novel All That I Am wasan homage to four extraordinary German anti-Hitler activists in exile in London in the 1930s. It won the Miles Franklin Prize, spent over one and a half years on the bestseller list, and is being made into a feature film. Anna’s Stasiland tells true stories of people who heroically resisted the communist dictatorship of East Germany, and of people who worked for the Stasi. A contemporary classic, Stasiland won the 2004 Samuel Johnson Prize for best non-fiction in English. Tom Hanks called it ‘fascinating, entertaining, hilarious, horrifying and very important’. Both books are international bestsellers, published in over 24 countries. Anna is a former DAAD Fellow in Berlin, Australia Council Fellow, and Rockefeller Foundation Fellow. She lives in Sydney. 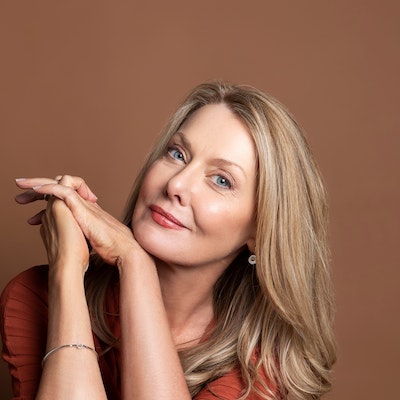 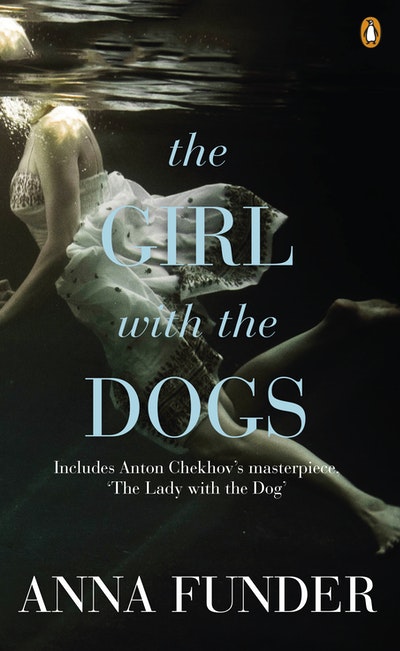 Praise for All That I Am

History, like hope, is not something to be solved, but to be carried. Anna Funder has written an essential novel about how we carry the bricks of history on our backs, and how we continually build new homes from the material of the past. All That I Am is an intimate exploration of human connection and our responsibility to one another. Funder breathes life into Kundera's aperçu that the struggle of man against power is the struggle of memory against forgetting.

In All That I Am, Anna Funder delivers a sweeping first novel that covers love and war, friendship and betrayal, and the bonds that define a life. It is a moving and ambitious work.

With all the excitement of a thriller, an absorbing study of exile, courage and memory.

A murder mystery now more than three generations old becomes a catalyst for a deeper, richer story about two perennial but inexhaustible themes, love and loyalty. Rarely has a novel been filled with such intelligent, inquisitive, introspective characters. More rarely still has the fungible, malleable quality of recollections been so beautifully revealed.

Assured and poised ... A genuinely moving novel, which challenges the reader's perception and judgement at the same time as it works as a political and historical thriller ... It's not just the potential of the consequences of anybody's actions that is so riveting: it's the contest between courage and cowardice, risk and safety, loyalty and betrayal, in a world of increasing terror.

A gripping story of love and betrayal. Dora is the most attractive fictional heroine in a long time.

A brilliant narrative ... Every part is beautifully rendered and balanced ... it works as a gripping spy novel ... Funder's prose, however, raises the book to a different level ... The language is assured and precise, the syntax richly expressive ... Funder has written a superb novel that transcends its setting. It is not just a book about German political exiles in London. It is a novel about confronting grievous loss, and the horror of realising, as history closes over you, that you will never be understood ... This book is a wonder. Do, please, read it.

A seamless and powerful tale ... a novel challenging the frontiers between historical fact and the creative imagination ... Funder has successfully transformed the material into a narrative of individual endeavor and survival, which examines universal themes. Above all, this is a book with a strong moral compass ... Dora and Ruth, especially, convey a sense of truthfulness and decency that transcends their time and should inspire us, even now, to expose injustice and tyranny.

The strengths of Funder's writing are emotional and imaginative. In what she has to say about love, loss and betrayal there is profound truth.

A strong and impressively humane novel ... The subtlety of Anna Funder's novel is in the elegance of her precise prose, and in her painstaking portrait of an ordinary woman swept up in extraordinary events ... All That I Am combines a wealth of archival research and historical scholarship with an imaginative freedom to inhabit or revivify other people's lives ... This is a novel full of strong characters and dramatic historical events.

In this novel, Anna Funder ... helps us to remember things that might have been forgotten. It is, specifically, the story of a group of German refugees from the growing menace of Nazism: a story of courage and betrayal, and, quietly, that of Funder's own dedication and perseverance.

Remarkably assured ... Despite its focus on the past, the most troubling lessons of this astute work are relevant today.

Spellbinding. There are echoes of the best espionage tales.

A beautifully executed blend of historical fiction and psychological thriller.

A riveting story ... a must-read novel of inspirational wartime heroism.

A pacy and exciting read. Captures perfectly the sense of her characters' deprived and dangerous lives.

A powerful and patient work ... Funder achieves the right balance between truth and invention to pay tribute to those people who tried to get the message out about what shape the future would take under Hitler ... Funder reminds us of this truth with certainty and moral force.

An exceptional meditation on politics, loss and memory.

Confirms her reputation as a bright, quick and brave writer ... Wonderful.

Superb ... Funder writes beautifully, with an understated lyricism that never gets in the way of the gripping story. Deeply moving and highly readable, All That I Am is a tender and worthy tribute to the brave old woman who inspired it.

A remarkable story told with clarity and precision, along with moments of insight and literary grace.

Funder may be a first-time novelist but she's already a sophisticated, psychologically subtle writer, more than capable of recreating a critical period in recent European history and of doing it so the choices faced by her characters may rattle those of us living in far cosier circumstances ... All That I Am is, unquestionably, about people and issues that matter. It is provocative, imaginative, sometimes fierce and always humane. I loved it.

In language of admirable simplicity she explores the shadowy ambiguities lurking in her characters ... the good that comes with bad and the bad with good.

This swift and sometimes shocking novel is powerful and extremely enjoyable.

Funder beautifully captures feelings of desperation, loneliness and dislocation ... The characters and their plight stay long after turning the last page.

Funder is an excellent storyteller and the book is pacey and fascinating.

A stirring and stunning examination of bravery, betrayal and how making peace with the past doesn't necessarily end its impact. In a word: powerful.

Funder's searing portrait of humanity under fire and the love, courage and the destruction unleashed by fear and desire is timeless.

Compelling ... A masterful and enthralling account of bravery and betrayal.

Beautifully rounded ... Funder's searing portrait of humanity under fire and the love, courage and destruction unleashed by fear and desire is timeless.

This swift and sometimes shocking novel is powerful and extremely enjoyable.

Spellbinding. There are echoes of the best espionage tales.

All That I Am book club notes

Discussion notes for All That I Am by Anna Funder.