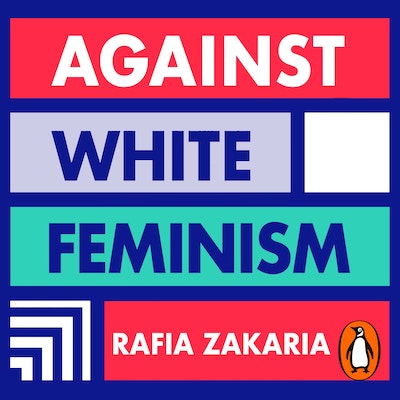 Feminism is founded on a belief in equality. And in the past 200 years it has made incredible gains: paving the way for women to advance economically, increasing their safety and their power in society, and advocating for their needs and experiences.

But not all women.

Since its conception, feminism has catered to a very particular group of people: middle class, cis-gendered, Western, and above all, white. And this has not merely been an oversight, a failure of inclusion. It has been an active and sustained strategy.

Rafia Zakaria traces the connections between feminism and white supremacy from the suffrage movement to the 'fourth wave' we see today, demonstrating how this movement based on equality has always been riddled with inequality and exploitation. And she issues a powerful call to arms to every reader to build a new kind of feminism which will light the path to true emancipation for all. 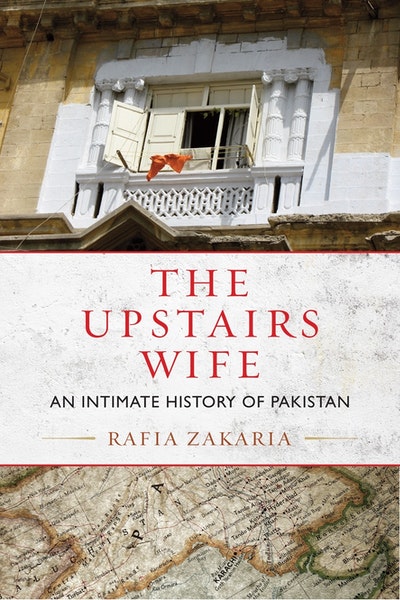 Praise for Against White Feminism

Against White Feminism is the book I have been waiting for. This landmark work will forever change how we view the feminist movement and our place in it

A brilliant, bracing, and deeply necessary text. Showing how feminism had systematically centred white women's voices, and excluded others', this is a polemic that couldn't be more urgent in improving feminism as a movement

Kate Manne, author of 'Down Girl'

Zakaria is a warm-hearted and sharp-eyed writer who brings compassion, intelligence and a steady drumbeat of change to redefining feminism... This book is going to light fires everywhere, so if you are prone to combust, get right the hell out of the way

Lit Hub - Most Anticipated Books of 2021

Lucid and persuasive... Tackling complex philosophical ideas with clarity and insight, Zakaria builds an impeccable case for the need to rebuild feminism from the ground up. Readers will want to heed this clarion call for change

In this searing takedown, Rafia Zakaria expertly puts into words what so many women of colour feel and endure. An exhilarating and brilliantly researched read that doubles up as a long overdue call to action. Unputdownable, required reading for people of all genders, generations and races

Zahra Hankir, editor of 'Our Women on the Ground'

Zakaria eloquently reveals the smug assumptions behind white western feminism [and] demonstrates quite brilliantly the hypocrisy of middle and upper class white feminists who conveniently ignore and exploit the power advantages traceable to centuries of imperialism. This book is a wake-up call for white feminists

Zakaria lays out the case for the harm caused by the movement escaping acknowledgment of its privilege and how it monopolizes networks and opportunities, shutting out women of colour and nonbinary individuals... A reckoning and a wake-up call

An exploration of the divisive effects of whiteness on feminism and a strong argument for transforming long-standing power structures... Demanding anti-capitalist empowerment, political solidarity, and intersectional redistributive change, the author eviscerates white-centred feminism, the tokenization of women of colour, the aid industrial complex, and more... A worthy contribution to feminist and activist studies

A total reconstruction of feminism... Her powerful exploration of the movement's past, which has traditionally been shaped by white women, aims to inform readers, while also illustrating why it is past time to centre Black and brown voices as feminism moves forward

Bracing and compassionate... Make room beside Audre Lorde and Angela Davis on your shelves

What does feminism look like when it centers on Black and Brown women? And when it doesn't hold hands with colonialism? Rafia Zakaria makes a clear case for intersectional feminism that puts power in a different place

Zakaria effectively shows that white feminists often focus on bringing feminism and enlightenment to marginalized people instead of examining the ways in which these marginalized people already practice feminism within their own lives and experiences... Her examination of current examples from politics and pop culture furnishes crucial evidence of the continued colonization of feminism by white women

Razor-sharp [and] detailed analysis... A true feminist will remain engaged in the feminist agenda while also rejecting white feminism

[A] necessary read for anyone interested in gender equality

Glued to the pages, I read the book in one sitting. Want to think seriously about the exquisite power of "personal is political"? Want to think carefully about privilege - and White privilege? This is your book... [AWF is] a call to address our complicity in structures of power

Zakaria is a warm-hearted and sharp-eyed writer who brings compassion, intelligence and a steady drumbeat of change to redefining feminism... This book is going to light fires everywhere, so if you are prone to combust, get right the hell out of the way

Lit Hub - Most Anticipated Books of 2021