A horrific accident, a young girl raised by her reclusive father, an adventurer suitor, conflict a-plenty and a dazzling plotline – you can be excused for labelling Mark Haddon’s The Porpoise as ‘Shakespearean’. Because, quite frankly, it is. And storytelling riches this bountiful are squandered if not shared. Make your next book club one to remember, and kick off the conversation with our talking points below. 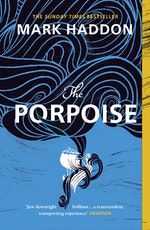