Miles Franklin Award-winner Evie Wyld is back with an intricately crafted and compulsively readable story.

The Bass Rock follows the lives of three women across four centuries. Moving between the tales of an accused witch, a new wife and a daughter mourning the death of her father, the interwoven stories are sure to captivate your book club. Each woman’s choices are circumscribed, in ways big and small, by the men in their lives. But is there hope of survival and new life in sisterhood? Use the additional questions below to get the conversation started. 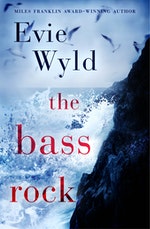 The lives of three women weave together across four centuries in the dazzling new book from Evie Wyld, winner of the Miles Franklin Award.