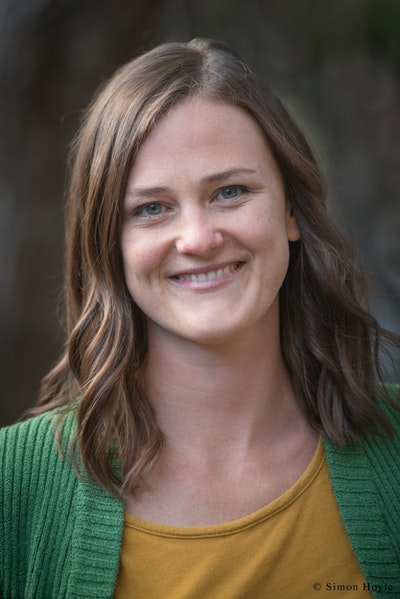 Kimberly Andrews is a trained biologist and geologist who grew up in the Canadian Rockies, and she has also lived and worked in New Zealand, Borneo and the UK.
In London, she worked for The House of Illustration, whose main ambassador is Quentin Blake. She also worked at the Natural History Museum, both in the live Butterfly House and also behind the scenes, assisting the curation of mammal specimens in the dry stores.
Kimberly lives with her husband and daughter in a small shipping-container house near Wellington, where she illustrates and writes, and runs her business Tumbleweed Tees, which features New Zealand birds and wildlife.
Her first picture book, Tuna and Hiriwa by Ripeka Takotowai Goddard (Huia, 2016), won a 2017 Storylines Notable Book Award. In 2019 Puffin the Architect, Kimberly's first picture book which she both wrote and illustrated, was awarded the Russell Clark Award for Illustration and was a finalist for Best Picture Book in the New Zealand Book Awards for Children and Young Adults. It also won a Storylines Notable Picture Book Award and the NZ Booklovers Award for Best Children’s Book. 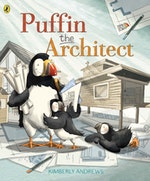 Meet Puffin, a clever architect who always creates the perfect home for her clients. But her newest clients are VERY hard to please!

Be the first to find out about Kimberly Andrews.