Elspeth Huxley was born in 1906, the daughter of Major Josceline Grant of Njoro, Kenya, where she spent most of her childhood. She was educated at the European School in Nairobi and at Reading University where she took a diploma in agriculture, and at Cornell University, USA. In 1929 she joined the Empire Marketing Board as a press officer. She married Gervas Huxley in 1931 and travelled widely with him in America, Africa and elsewhere. She was on the BBC General Advisory Council from 1952 to 1959, when she joined the Monckton Advisory Commission on Central Africa. She wrote novels, detective fiction, biography and travel titles, and her books include The Mottled Lizard (1962), The Challenge of Africa (1971), Livingstone and His African Journeys (1974), Florence Nightingale (1975), Scott of the Antartic (1977), Nellie: Letters from Africa (1980), Whipsnade: Captive Breeding for Survival (1981), The Prince Buys the Manor (1982), Last Days in Eden and Out in the Midday Sun: My Kenya (1985). She dies in 1997. 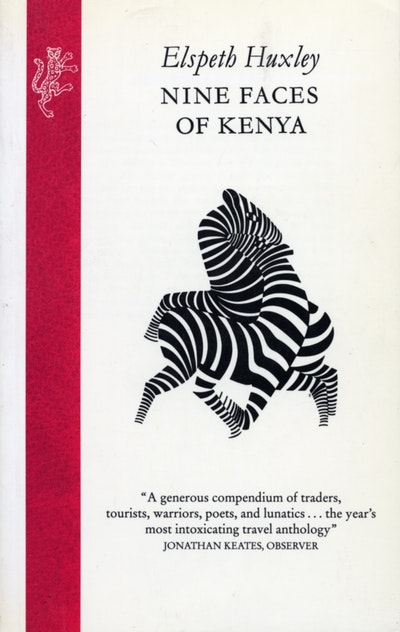 Out In The Midday Sun
Elspeth Huxley