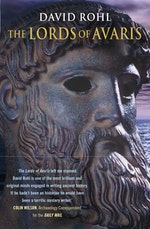 From Eden To Exile
David Rohl

Be the first to find out about David Rohl.