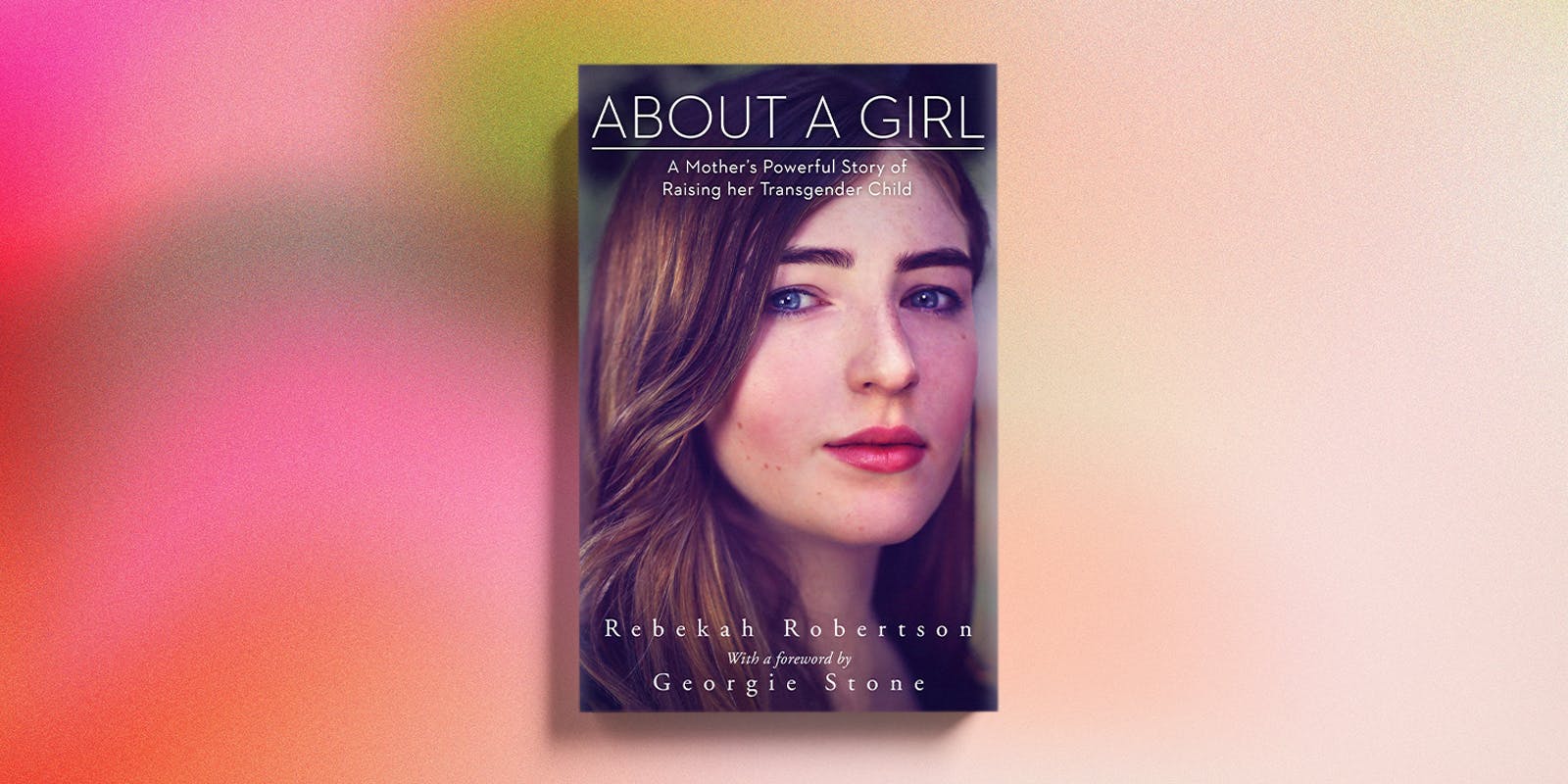 Rebekah Robertson reflects on a monumental day in the life of her daughter.

About a Girl is Rebekah Robertson’s extraordinary personal story of raising her transgender child, Georgie Stone. Part memoir and part inspirational message of hope for parents and children navigating a similar path, the book is a thought-provoking and profoundly moving true story. United in their determination to do whatever it took to allow Georgie to live freely and fearlessly, Rebekah and husband Greg embarked on a long journey towards justice for transgender children in Australia. Their advocacy resulted in a landmark 2013 decision removing outdated powers from the Family Court.

‘The way my mum has supported me, and fought for me, inspires me immensely,’ writes Georgie in the book’s foreword. ‘When I become a mother one day, I will strive to be there for my kids the same way my mum is for me. I will love them unconditionally, no matter who they are. Mum fought for me in the courts to get puberty-blocking medication. My case, Re: Jamie, was pivotal in helping other transgender kids. I now have the right to identify myself as the person at the centre of that case – and I’m proud to. I’m proud of my mother for helping me, for sharing my story.’

In the passage below, Rebekah describes one of many pivotal days in her family’s story: the day Georgie came out as transgender to her high-school friends.

During the school year in 2014, the Safe Schools Coalition had visited Elwood College for the first time to help a young trans person who was joining Georgie’s year level. Georgie, who was still not out at school, was interested to observe the reaction of her cohort. She was pleased to see her friends and classmates listen respectfully to the information being shared, eager to support this new student. They’d tumbled out of the session armed with prac­tical information on how to be a good ally, and had been provided with stickers with which they proceeded to festoon their locker doors. It amazed Georgie how universally welcomed this student was, and she began to think that perhaps it was safe for her to be open about her experiences.

But before she had a chance to fully process those thoughts, the issue was brought to a head: a student had started at Elwood College who knew Georgie from primary school, and one of her classmates thought they recognised her from ‘Being Me’ and had taken her aside to confirm it. Now she felt pressured to make a quick decision and come out to her friends. She was angry and upset about the loss of her own safe space and the freedom to simply be Georgie; about being exposed again to the fickle business of the approval – or disapproval – of others. With that came the deep-seated fear of rejection, the unuttered words, ‘This is me; don’t hate me.’ She sobbed and sobbed at the loss of this privacy, and we told her she didn’t have to tell anybody if she didn’t want to.

‘No,’ she said through gritted teeth. ‘I’m sick of being at the mercy of others. I’m telling my friends.’

She picked the day she was going to tell them, and the night before she was in tears again, but they were softer now. It was scary to be making herself vulnerable to past hurts and rejections by sharing this intimate experience of herself; it was an act of faith in her friends, and she hoped it would go well.

‘Just see if a good moment presents itself, Georgie. Don’t force it. If it doesn’t happen tomorrow, it will happen when you’re ready and the time is right. You don’t have to do anything if you don’t feel right about it.’ Those words were all I could offer her, and again I suffered the pangs of powerlessness. It was yet another of those days you send your kids off to school and hope they come back in one piece.

Georgie was looking drawn. Harry knew what might be happening that day and he was going to keep an eye out for his sister. All day long I could think of nothing else. Please, please, please let it be okay. I couldn’t imagine her friends not being fully supportive. They were switched-on kids, smart, open and kind. I was very hopeful; but still…

After school, she bounced through the front door triumphant and excited. ‘I told them!’ she exclaimed. ‘It was amazing. I found exactly the right time and place; it just happened. And the right people were there, the ones I wanted to tell, and they were great, Mum. They were really lovely, and I feel so relieved! They said they’d keep it private. And I said, “Tell who you want to; it’s not a secret.” And so I guess everyone will know soon.’

The impact on Georgie coming out to her friends was as subtle as it was deeply felt. Within our family there flowed a profound gratitude to these lovely kids and their excellent parents, and the school, who were aware that Georgie was now out to the school community. She received nothing but support, and in her time at Elwood College she was never bullied, either before or after coming out. Georgie being transgender at school was unremark­able; it didn’t change the way people related to her.

Georgie’s confidence blossomed. Her faith and trust in the people around her was a significant factor in that. She was enjoying the things that gave her pleasure and the things she was good at. Academically she was hitting her straps, and crea­tively she was writing more songs than ever. She sang everywhere she went, at whatever task she was undertaking, like a Disney princess. I could imagine all the woodland creatures following her as she walked through life. It was all a little bit magical. 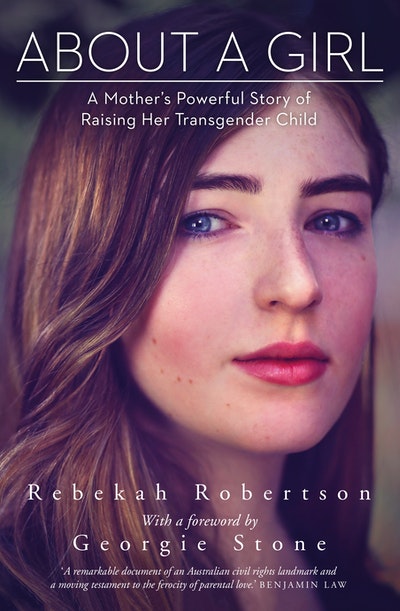 About a Girl Rebekah Robertson