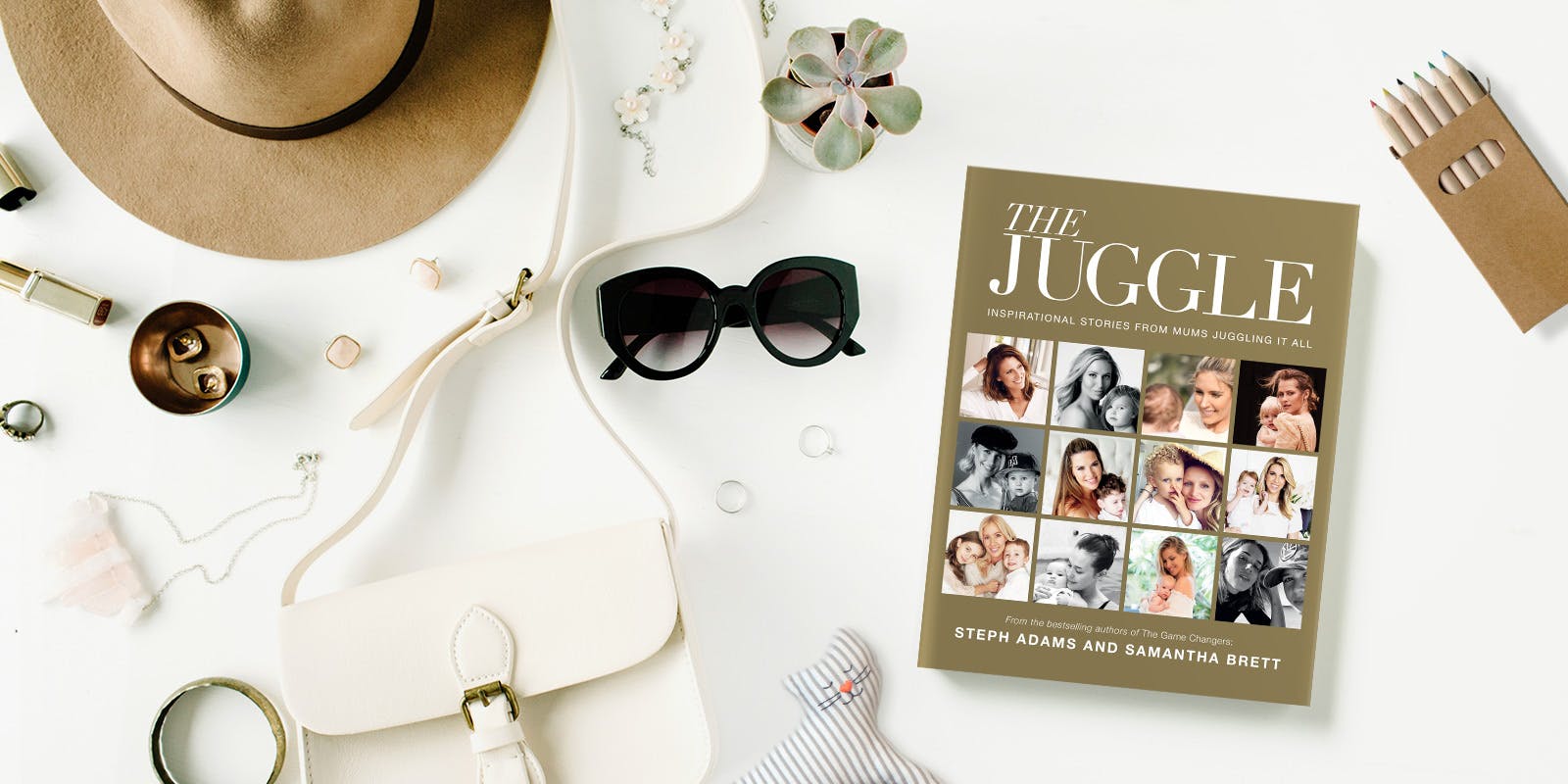 Samantha Brett and Steph Adams share the inspiration behind The Juggle.

Wise women will tell you that having a baby doesn’t mean you can’t still do it all, just not all at the same time. But that doesn’t stop many mothers from trying to tackle everything head-on all at the same time, including your intrepid authors, and often finding ourselves failing miserably.

Take the day of the book launch for our first collaborative book together, The Game Changers. That morning, Samantha was woken up at 3am by her baby having a meltdown. Steph’s toddler decided that midnight was the time for playing with Mummy and Daddy while her newborn was woken up by the commotion and refused to go back to sleep. By 9am we both arrived flustered with moments to spare before the launch of our book, which was an intimate brunch hosted by Julie Bishop, then Australia’s Minister for Foreign Affairs. Samantha’s dress split just before she left the house. Steph’s feet were still swollen from giving birth. We were hungry, tired and a mess.

When we stood up to say our speeches and had nothing prepared other than some scribblings on a food-stained scrap of paper, the other mums in the room nodded in silent recognition. They knew what it took to simply get out of the house some days, let alone stand up in front of a crowd and give a speech! With make-up on! And photographers! And the press! And the Foreign Minister!

The Game Changers, written while Sam was heavily pregnant and Steph was navigating the sticky, sleep-deprived waters of being a new mum – much to our surprise and indeed the world – featured one of the only interviews with Meghan Markle, conducted only a few months before the news broke that she was dating Prince Harry.

Under the impression that she was a little-known actress who was blazing her own unique trail, speaking out about important causes and using her own voice to share her personal opinions for her blog, we thought she was a rare breed of actress and that she’d be an ideal candidate to sit alongside our Game Changers like Arianna Huffington and Laurie Adams, who we’d already secured for the book.

A few months after the book was launched, we were booked for a live interview with a television station in the UK to talk about our experience with Meghan, now the most famous woman in the world. That meant driving to the television station affiliate building in Sydney during the afternoon peak-hour traffic in order to make it in time for London’s morning news. With babies bathed, nappies changed, bottles filled, babysitters hired, make-up slapped on and power-suit jackets at the ready, we jumped in the car and began the long drive.

With minutes to spare we arrived at the studios, only to be told by the car park attendant that we were in fact at the wrong building, and the one we were supposed to be at was another hour away. With no petrol, no mobile phone battery and no idea where we were going, we jumped back in the car and prayed that our hatchback wouldn’t break down in the middle of the highway as we weaved in and out of crawling traffic.

Huffing and puffing, mascara smudged and hair frizzed, we arrived at the studio a little worse for wear. Sam noticed she was missing an earring, Steph had a food stain down the front of her shirt and in all the commotion we had forgotten to actually prepare what we were saying. #Mumlife. Of course we wouldn’t have it any other way.

It’s no surprise that 43 per cent of highly qualified women with children are leaving their careers due to the difficulties of The Juggle. In fact, throughout our research for this book, many working mums confessed to us that they are riddled with guilt when they leave home and their bub to head to the office (even though sometimes it’s a relief to get there in one piece!). But what surprised us the most is that mums who’ve chosen to stay at home to raise their families sometimes share similar feelings. Guilt is replaced with shame, embarrassment or even regret as a result of societal pressures and expectations surrounding the fact that they’ve left their important jobs and successful careers they’ve worked so hard for to spend life at home.

In our mothers’ and grandmothers’ eras, quitting their jobs to raise a family was done without a second thought. Nowadays we’re often encouraged, sometimes even expected, to jump back into the workforce with the same passion and dedication that we once had. Which becomes impossible when you’re trying to juggle it all. And as so many know all too well, something eventually has to give.

Even new mum and tennis champion Serena Williams has admitted returning to work after giving birth was a major struggle, especially when she missed her daughter’s big milestone. ‘She took her first steps,’ she tweeted. ‘I was training and I missed it. I cried.’ She dedicated her incredible Wimbledon run to all the mums out there, struggling, juggling and simply powering on because, well, there is no other choice. ‘Some days, I cry. I’m really sad. I’ve had meltdowns. It’s been a really tough eleven months. If I can do it, you guys can do it too.’

As you’ll read in The Juggle, every mum we’ve interviewed – no matter their age, background, career or relationship status – shares the same challenges, juggles and struggles. We’re all simply trying to do our best with what we’ve got, and to arm our little cherubs with enough strength, wisdom, strong values and sense of self as we can, without beating ourselves up too much over the tough days (which often turn into the most hilarious mum moments!).

The idea for The Juggle stemmed from that day when we were so close to missing an international promotional interview for our bestselling book, yet hours earlier we knew that our little cherubs were the only things that mattered in the world and that everyone else would to have wait. They did wait, but we certainly emerged from that experience with the realisation that women can’t actually do it all at the same time, nor should we be expected to, but we can certainly give it a red-hot go. And always carry a spare mobile phone charger! 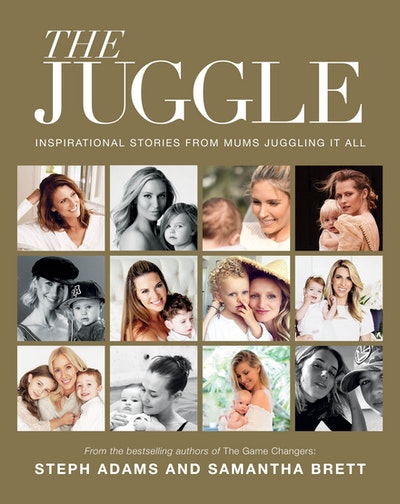 From the authors of the bestselling The Game Changers, The Juggle features candid, real and raw stories for mums by mums, designed to inspire, uplift and acknowledge that the juggle struggle is real – and that we’re all in this together.

Help your kid accept tough times with this advice from Embrace Kids.

Maggie Groff blows up a motherhood fantasy with a cold dose of motherhood reality.

In Up the Duff, Kaz Cooke explains the importance of pelvic-floor exercises.