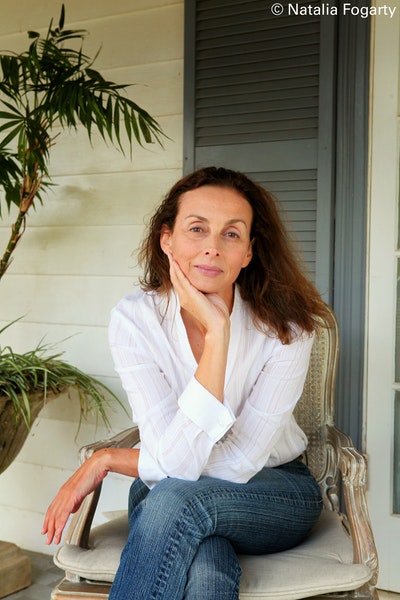 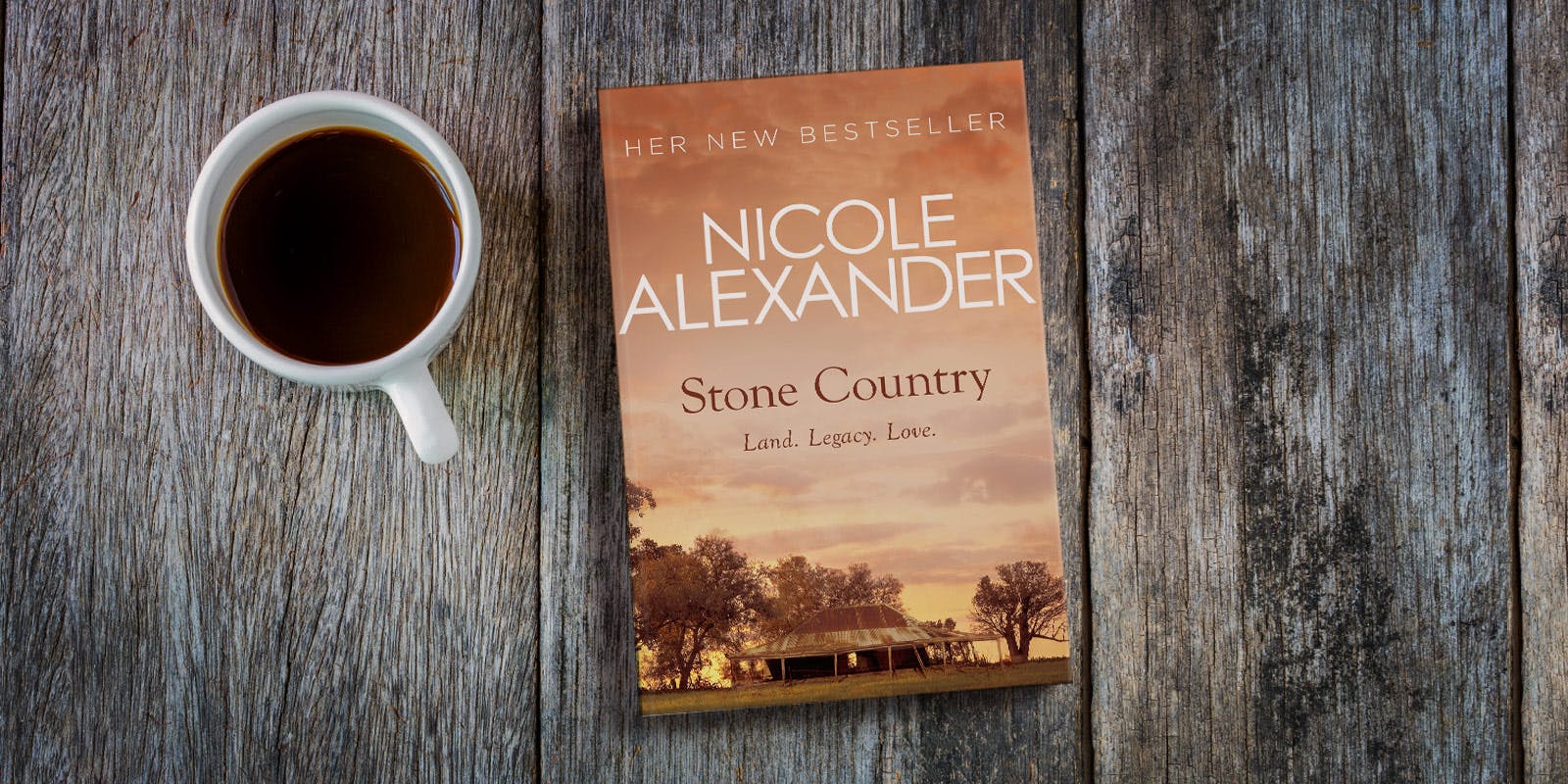 Writing historical fiction is all about getting the detail right. Understanding the historical context in which your narrative unfolds ensures that your story is realistically portrayed, and gives a work that rich tapestry of time and place that speaks to the reader beyond the plotline. Planning a new historical work is a two-step process for me. There is the at-the-desk research process and then there’s the incredibly fulfilling out-in-the-field exploration that undoubtedly feeds my inner Indiana Jones. That’s not to say that I don’t enjoy the initial procedure of reading everything from Australian to local histories and as much primary source material as I can on my selected era and area, however I’m very much about seeing, feeling and breathing in the essence of a place, whether it’s a town, region or geographical feature. It only takes an old photograph or a map to merge the past and the present, and it’s extraordinary the difference first-hand experience makes. My aim isn’t to be a walking encyclopaedia, but rather to equip myself with enough knowledge to ensure authenticity, and a strong sense of place.

My novel Stone Country spans the period from 1901 to 1940 and is set in South Australia and the Northern Territory. Having decided on time, location/s and plot, my initial background research involved reading about the relationship that existed between these two entities. In 1863 that part of NSW north of South Australia was annexed to South Australia and it became known as ‘The Northern Territory of South Australia’. Almost immediately speculators in Adelaide and London began purchasing huge tracts of remote rural land in the ‘Top End,’ mostly sight unseen. The legislation did not consider the crucial aspects of land settlement or development, which led to absentee landlords relying on managers who in turn found it near impossible to run viable businesses, especially if money was not forthcoming for basic improvements.

In Stone Country, protagonist Ross leaves a secure albeit isolated life in the mid-north of South Australia to journey to a rural holding in the Territory. While researching the book I spent time in South Australia visiting Adelaide and Burra in the mid-north of the state, and then in December 2017 I headed to Darwin. I spent the initial phase of my research at the Northern Territory Library in Darwin, where I immersed myself in the history of the Territory and its capital. If you’d arrived in Darwin in the 1920s, almost certainly by steam ship, it would have seemed like another world. It was literally a gateway to the east, where Indigenous Australians mixed with people from places as diverse as China, Scotland, Malaysia, Ireland, Portugal, England, India and Singapore. Their occupations were just as varied, with tin and gold miners, tradespeople, shopkeepers, remote pastoralists, ships’ crew, government employees and buffalo-hunters all found in the settlement. It was a fascinating place, where the average person mixed with the truly adventurous. 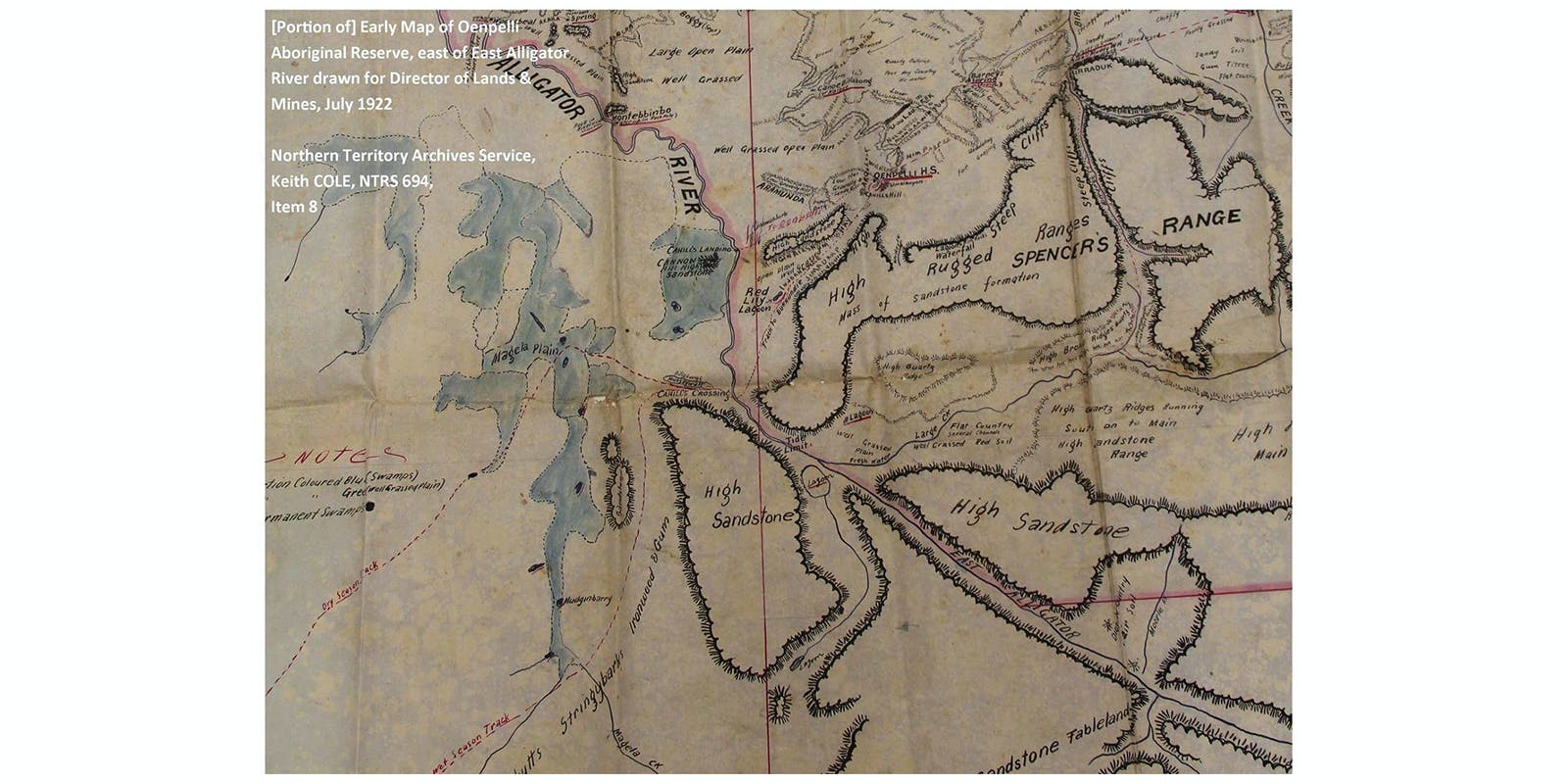 My characters go far beyond Darwin, so I needed to understand distances, modes of transport – horse, dray, train – the location of other towns, the length of time it would take to get from one place to another. Early pastoral lease maps allowed me to pinpoint an exact location for my fictious cattle property (based on a once actual station) which now sits within Kakadu National Park, but I needed to see firsthand Ross’s new world. The novel’s title refers to one of the main landforms in Kakadu National Park, the Arnhem Land plateau and escarpment complex, known as the stone country. Two of my characters travel through this rocky, arid area, so I went with a guide into this amazing landscape where the air’s so dense with humidity that I felt that I was a sub-mariner traversing an unexplored land. Mid-December, just prior to the wet season, is not the time for a hike, however the experience gave me something else to consider: the weather.

On the top of a craggy hill one midday, my clothes sodden with perspiration, I compared a 1920s hand-drawn map with the area spread out before me. With the help of my guide, I was able to pinpoint and visually plot the country through which my characters would travel. Here were the lime green plains where buffalo roamed and waiting crocodiles hid, while ancient rock art marked the seasonal dwellings of Indigenous Australians. The map noted two tracks: one marked wet, the other dry – paths noted by buffalo hunters nearly one hundred years previously. Life in the far north revolves around the monsoon season – another aspect to consider when you’re writing this part of Australia. Travelling was limited or impossible during the wet in the time period Stone Country is set, and still is in many parts of the Territory. 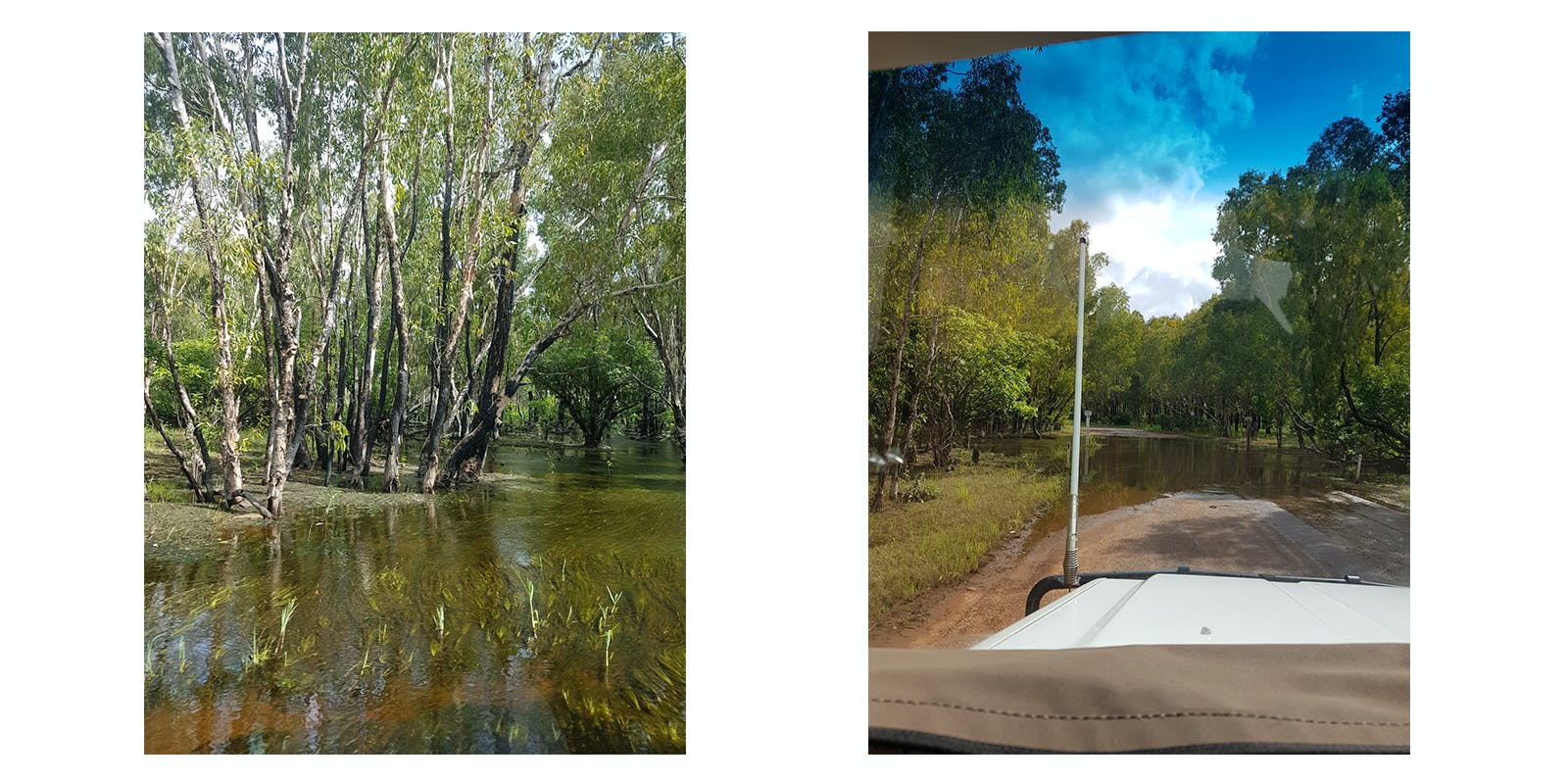 The Indigenous people of the region divide the year into six distinct seasons, marked by changes in the weather as well as the flora and fauna. A myriad of brown and green dragonflies, which appear over floodplains and other freshwater mark the end of Gudjewg, the monsoon season, and the beginning of Banggerreng. This is harvest time, when the forests and woodlands get ready to lose the lush growth of the previous months, native foods are abundant and the last of the ‘knock-em-down storms’ have flattened the vast stands of spear grass. Yet when the hot, dry season, Gurrung, arrives, the land will become parched and fragile and both man and beast will suffer. Having crossed rising rivers and creeks that were closed soon after our passing, watched crocodiles lumbering along muddy banks and rested where ochre stencilled hands decorate rock under-hangs, I have come to believe that if we are ever to understand the ancient heart of Australia, then the Northern Territory with its dangers and beauty and exotic past is a good place to start. In Stone Country, I have written a story about a boy who becomes a man, one who embodies the duality of human nature and the contrasts of Australia – our landscapes, our culture and our history.

Life on the Wild Lands

An average day in the incredible life of Wild Lands author Nicole Alexander.

Transport your book club to the Strzelecki Desert, the Richmond Valley and County Tipperary.

The author discusses the research and inspiration behind her historical fiction novel, Master Of My Fate.