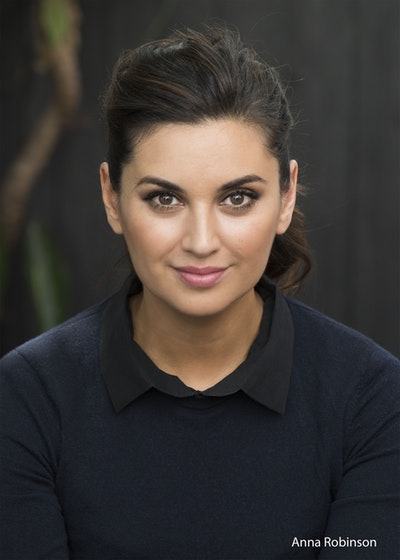 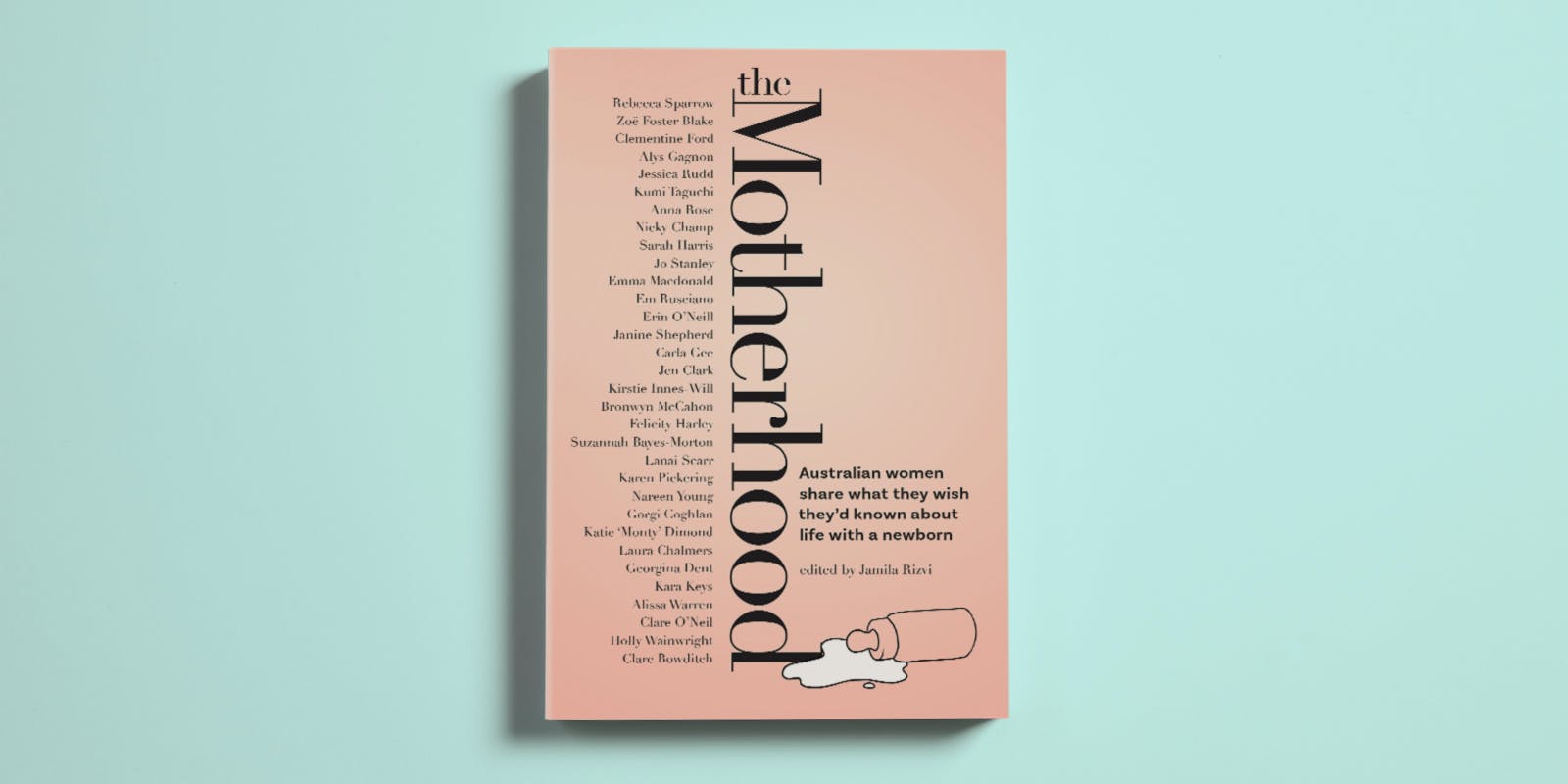 Welcome to The Motherhood, my dear.

Jamila Rizvi on the early experiences of motherhood that inspired her and so many other women to share their stories.

More than half of new mothers report feeling lonely and isolated during the first year of their child’s life. Many new fathers experience the same thing. While, thankfully, the physical struc­ture of my home ceased its fuzzy shrinking sensation within about a fortnight, the loneliness of motherhood stayed with me for several long months. As a community we spend an awful lot of time making sure new parents are doing okay in those early weeks. But for some, the first few weeks after birth actually end up being the comparatively easy bit. That’s the period when neighbours drop by with homemade lasagne, a partner is usually within shouting distance and relatives flit in and out, leaving washed dishes and cute pastel-hued presents in their wake. Everyone wants to come and see you and see the baby and see the nursery and tell you how well you did and give you a whole lot of unsolicited advice.

But after a week or so they stop coming. And it’s just you.

My feelings of isolation were compounded because I didn’t have many girlfriends with kids. The birth was a shock and the months that followed even more so. I was utterly unprepared for the seclusion. It’s only now that I realise how common my experience was. The loneliness of modern mothers isn’t the exception – it’s the rule. It didn’t used to be like this. It’s hard to imagine that a tiger-skin-clad mother would have been left alone in a cave to fend for herself with a newborn for days on end. If her spear-wielding baby-daddy had to go out for a few hours hunt­ing boar or buffalo or dinosaurs or some such, she would have been safe and warm in the company of dozens of other women. Mothers, aunts, sisters, cousins and fellow tribespeople, all taking collective charge of the new family’s wellbeing. It takes a village to raise a child and yet so much of modern parenting takes place in silos. Each of us existing within the confines of our individ­ual white-picket-fenced prisons. We limit our support structures to those who are related to us by blood, not wanting to be an imposition on others beyond the time period deemed socially acceptable.

New parents groups provide some relief, but it’s not like you can call someone you met ten days prior at 4 a.m. when you’re sobbing for the life you used to lead. They didn’t even know you then, so how could they possibly understand? Also, they’ve got their own new baby. Also, you don’t want to impose. Also, you’re probably just being silly. Also, you should be able to deal with this on your own. Also, it’s not like you’ve got anything in common besides having had sex at roughly the same time nine months prior. And also . . . asking for help is easy to promise but excruciatingly difficult to do. Sharing the load with one another isn’t something that we’re used to. Help doesn’t happen because the community doesn’t offer and those who need it don’t ask. In times gone by, the upbringing of children was everyone’s joy and everyone’s responsibility. The trials and tribulations of life with a newborn, a baby, a toddler, and even a teenager, were made easier because they were shared. They were made easier because women did them together.

I didn’t ask for help and I dearly wish I had. Thankfully, one friend realised without me having to ask. Clare arrived at the bot­tom of my apartment stairs, unannounced and ready for action. She had an armful of food and her then nine-year-old twin boys by her side. Instructing her sons to sit and be delighted by my newborn (I’ve never met nine-year-old boys who were delighted by a newborn but Oscar and Elijah feigned passable interest), Clare went straight to the sink and began washing up. She stayed only about twenty minutes, cleaning the whole time, before tell­ing me I was a champion and walking out the door. One hour later I received a text message that changed everything. Text messages are designed to convey basic information quickly and with no fuss. Back in the days before 4G, you used to pay an extra 20 cents for every additional 140 characters. I remem­ber composing and recomposing messages to my high school boyfriend; declaring my love while sticking to a tight monthly phone budget. Well, if Clare’s SMS had been billed under the old system it would have cost her at least $20. This wasn’t a quick Hey cute baby, thanks for the tea, bye. It was a letter and, oh, what a letter it was.

Clare’s kindness filled me up to the brim. Lying in my unmade, milk-spattered bedsheets, I read her wise words and found companionship for the first time since becoming a mum. She understood what I’d been through in a way that my loving, feminist husband never could – try as he might. She understood the interconnectedness of the physical, the emotional and the mental. She had lived the same exhaustion, the loss of identity, the loneliness and the fear of permanency. She described the long, luxurious, uninterrupted eight-hour blocks of sleep I would have again someday like it was soft porn, and I gave myself up to the fantasy. Oh, the sleep fantasy. It pushed every button. She made me promises that others had already, but, for some reason, they only rang true when I heard them from Clare. By sharing her story, she helped me accept the realities of how mine would henceforth be written.

Ever since then, I’ve wanted to devise a way of doing for other women what Clare did for me. I wanted to give the gift of my expe­rience to someone else, to help them feel more normal and less alone. The problem is that the hypocrisy of motherhood makes this almost impossible. What I mean is that motherhood is both a unique and ordinary experience. As mothers, it is something that we share and through which we create bonds and discover commonality. Yet, at the same time, I’ve had many discussions with friends about childbirth and about raising a newborn where I catch myself thinking, ‘Really? Did we do the same thing?’ Our tales of a shared time bear so much and yet so little resemblance to one another.

The only solution to this conundrum was to write a book, not about my own story but about many women’s stories. So I began speaking with mothers who I love and admire, asking whether they would relate their experiences for the benefit of new mothers to come. I was overwhelmed by how many of them agreed, furious in their determination to make those early months just a little bit easier for someone else. As each letter arrived in my inbox, I was invited into the quiet, lonely living rooms of women all over Australia. I read with a tightly clenched jaw about the excruciating pain and brutal shock of labour. I laughed aloud at misconceptions and absurd expectations about maternity leave. I shuddered as the memories of completely debilitating, annihi­lating sleep deprivation returned to me. I sat in silent awe of the unknown challenges and suffering that I was spared. And I was moved by the many and varied descriptions of a love like no other.

Zoë Foster Blake writes with humour and tenderness about not only making a baby but a family. Giving birth in a country far from home, Kumi Taguchi’s feeling of isolation was further entrenched by foreign customs. Alys Gagnon is furious at a system that told her ‘breast is best’ and nothing else would do; she labelled herself a failure before she’d even got started. Kara Keys didn’t realise until much later that her bruised and battered experience of new motherhood had been shaped by postnatal depression. Em Rusciano’s hilarious account warns against the dangers of mothers’ groups, whereas Holly Wainwright insists you should never miss a meeting. Jen Clark and Kirstie Innes-Will are mothers to the same beautiful baby and yet their storytell­ing is strikingly different. Lanai Scarr writes about the challenges of newborn triplets (yes, triplets) with awe-inspiring optimism. And the divine Clare Bowditch, whose wisdom freed me from the choking seclusion of new motherhood, says birth was the remaking of her and for the better.

Motherhood is famously full of expectations and judgement. We mothers tend to turn on one another in order to justify our own behaviour, when really we’re equally scared and unsure of this new rollercoaster ride. We give into our worst selves and criticise one another, when we can be and are better than that. The purpose of this book is to share the depth and breadth of the new mother­hood experience, to validate and console new mothers that they are not alone. This book will encourage you to look up from the couch and see a world full of women who are like you, who have been where you have been and who will hold you through the hard parts. My own experience was made bearable only when I found myself a Motherhood: three women whose love and gen­erosity helped me laugh at myself, find joy in my new family and give me reassurance that I was doing okay: Emily, Ceri and Sarah.

Australia's favourite women share what they wish they'd known about life with a newborn, in this funny, moving collection edited by Jamila Rizvi