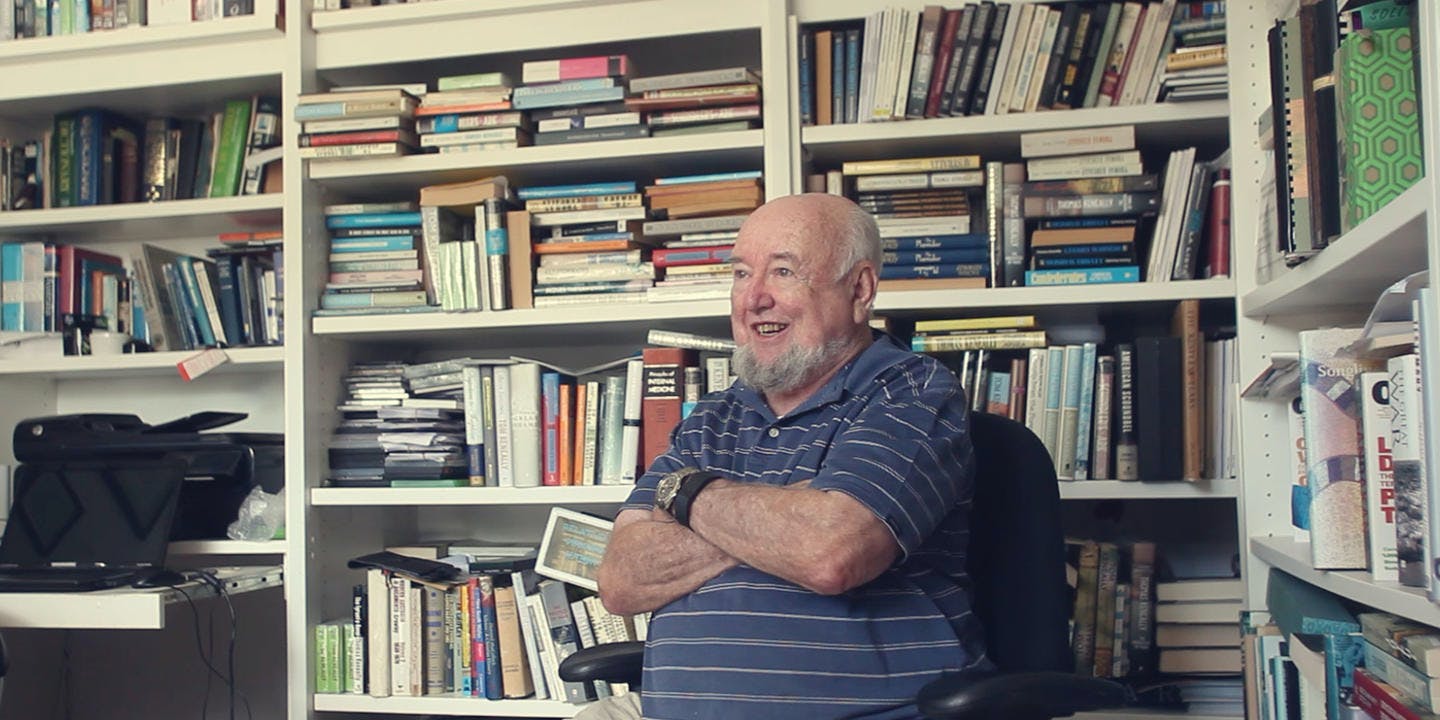 Notes on the incredible life and career of Tom Keneally.

Tom Keneally is one of Australia’s and the world’s most successful writers, having been nominated three times for the Booker Prize and winning it once. He is the author of more than 40 published works and has won several other prizes including two Miles Franklin Awards, the Scripter Award of the University of Southern California, the Mondello International Prize, the Gold Medal of the University of California, the Helmerich Prize (U.S.) and a Logie Award, an AFI Award and the Critics Circle Award for his screenplays.

Thomas Michael Keneally was born in Kempsey on October 7, 1935 and went to school on the north coast of New South Wales and in the western suburbs of Sydney.  He worked in a variety of jobs including high school teaching and had his first short story published in The Bulletin. During one Christmas break, he decided to write a novel which Cassell in Great Britain agreed to publish – before going broke. The first novel was The Place at Whitton, published in 1964.

Ignorance of the realities of publishing led Tom to believe there was a living to be made in professional writing in Australia in the 60s and it was only this ‘wrong-headedness’ that allowed him to survive. While working as a part-time insurance collector in Newtown and Marrickville he completed a second novel, The Fear (1965) and received a Commonwealth Literary fund grant, which allowed him to write Bring Larks and Heroes (1967) marking the beginning of a career as a full-time professional.  This novel won the Miles Franklin Award in 1967, as did Three Cheers for the Paraclete in 1968. The Survivor (1969) was awarded equal first prize in the Cook Bicentenary Award.

One day in Beverly Hills Tom met a luggage merchant who told him the story of Schindler’s Ark (1982), which, with its controversial blending of fact and fiction, won him the prestigious Booker Prize and the Los Angeles Times Prize for Fiction, and led to Steven Spielberg and Universal Studios commissioning him to write the screenplay.  His most recent novel is Shame and the Captives (2013) in which he explores the intimacies of ordinary life played out against momentous world events. Most recently, his play Transport, based on his wife’s grandmother’s story, opened in New York at the Irish Repertory Theatre in February 2015.

Tom married Judith and raised two daughters who grew up thinking it was normal for a father to stay at home sweating onto blank pieces of paper. He has four grandchildren, Rory, Alexandra, Clementine and Augustus. He was the founding chairman of the Australian Republican Movement and is a present member of the Board of Constitutional Education Fund of Australia. He is currently also the co-editor of Another Country, a PEN collection of asylum seeker writings, and A Country Too Far, a collection of leading Australian writers on the asylum seeker issue. When not writing, lecturing or attending speaking engagements, Tom enjoys politician-watching, swimming, cryptic crosswords, telling anecdotes about his brilliant daughters, hiking, watching the Manly Sea Eagles play and cross-country skiing.

Transport your book club to 1860s Australia, with Tom Keneally's The Dickens Boy.