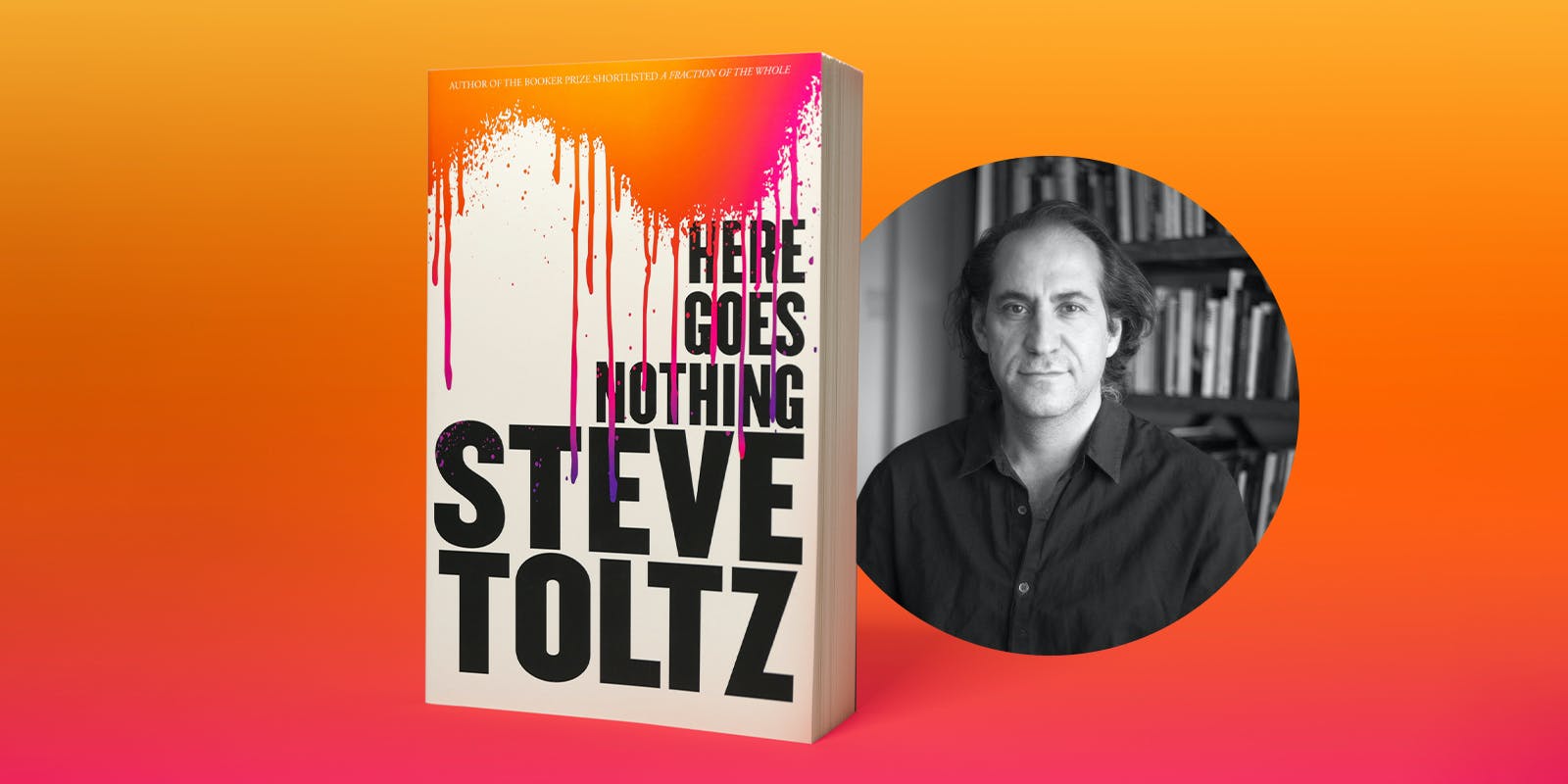 In his new book, Here Goes Nothing, author Steve Toltz explores life, death, and everything in between in a razor-sharp story that’s as entertaining as it is meditative. Narrating from the afterlife, the book’s protagonist, Angus Mooney, realises the foibles of modern life that we’re all subject to in the 21st century.

We chatted with Toltz to get some insight on the writing process and learn more about how he developed his characters and setting.

The story of Here Goes Nothing is undeniably one-of-a-kind. Where did you get the idea for the story, and how did it develop while writing?

A couple of simultaneous and overlapping ideas. I began to write a story that addresses the fear of the opinions of other people, and thought how it would be interesting to explore how durable our fears and petty concerns are – it wasn’t hard to imagine them extending beyond the grave. At the same time, on a narrative level, I started with a simple premise: ‘a strange man comes to the door of a couple’s house and asks if he could please die there.’ When the narrator was murdered, it was natural to let the story go on by following him into the afterlife. For me, creating a story is a process of evolution. I’m as surprised as anyone by the crazy directions the stories take.

The book does a great job of exploring human relationships in the modern age. How did you approach this during the writing process?

Our entire lives are saturated by our addictions to our technology. It’s an embarrassing fact that people spend so much time on their phones, it’s impossible to create a story about human relationships now that isn’t impacted by this pathetic addiction. To get away from it in the afterlife, I made phones and computers government-use only, so the characters could breathe and interact with freedom.

Where did you get your inspiration for the novel’s depiction of the afterlife?

The inspiration for the afterlife wasn’t actually based on any previous fictional versions of the afterlife but my own travels, and my own experiences dealing with bureaucracy in various cities I’ve lived in: particularly in Paris where everything from getting a driver’s licence to obtaining a residency card had a 19th-century vibe, a place where everything was negotiable and incomprehensible at the same time.

How do you balance the idea of a desolate future with humour?

Humour is the language I write in and would exist on the page whether I was writing a utopian or a dystopian story.

Which character did you most enjoy writing? Why?

The honest answer is all three of my main characters were fun to write for different reasons: Angus for his no-nonsense, plain-spoken attitude to life, Gracie for her wild sermons and Owen because it was fun to write an actual villain.

Throughout the book, there are different references to current events. How did what’s happening now inspire your version of the future world of the novel?

For better or worse, I wrote my version of the pandemic in 2019, so that was just a lucky guess. Pestilence, famine and war are common recurring features of all of human history, so we were due for a plague sooner or later. My plague comes from global warming and the thawing of ancient permafrost.

How did you turn absurd circumstances into something so believable?

Humans are humans, no matter how ridiculous the circumstances they find themselves in. As long as the humans act and behave as humans do, the absurd fast becomes the quotidian.

What was your biggest challenge while writing this book?

The virtuoso new novel from the author of the Booker-shortlisted A Fraction of the Whole.

Quiz: discover which Discworld book you should start with