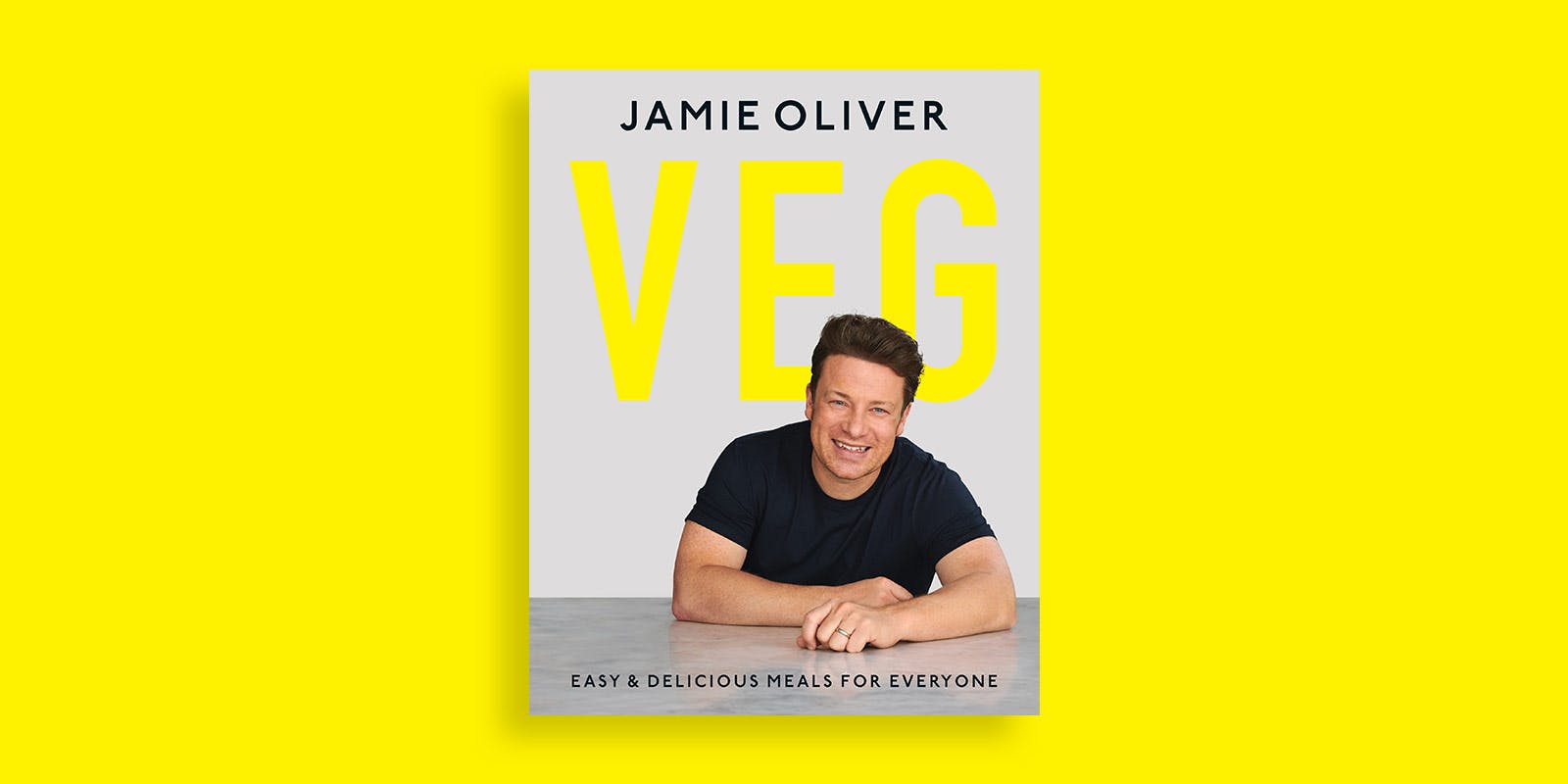 Who is this book for?

It’s for everyone! Obviously it’s for veggies, but importantly this book is also for meat eaters who want to include a bit more of the good stuff in their weekly meals. It’s a fully meat-free, veg-based cookbook with a good wodge of vegan options in there as well. I want to make that something to celebrate, no matter who you are. This is simply about putting good food first, and making people feel happy.

What would you like people to take from it?

I would like everyone to take away the knowledge that vegetables can be truly joyful and fulfilling if they’re simply given the same love, care and attention that you’d give to a prime cut of meat. The great thing about delicious, well-thought-out veg meals is that everybody is welcome, and anyone can be included, no matter what their preferences are. And, whether or not we eat meat, we all want more choice.

I believe we’ve reached a critical mass when it comes to wanting veggie ideas. Veg-based food is no longer an ‘alternative’; it’s truly mainstream, and my job is to serve the widest possible audience with beautiful recipes that answer that demand. It’s interesting that I first started writing this book eight years ago, when it was still seen as a bit different. That’s no longer the case – sometimes in life you have to sit tight until the time is right!

Not at all. Everyone in my family eats meat and fish, but for the last five years we’ve also been trying to eat vegetarian meals – at least three days a week, and sometimes more. It’s purely because veg-based cooking ticks every single box when you’re feeding a family. And at no point are you compromising on flavour. Putting veg at the centre of your plate is often healthier, and it cuts a large amount of shopping budget, which you can either save, or use to spend on better quality meat – if you do eat it. For me, buying less, but better-welfare, meat is fundamental.

Is there one recipe in the book that could convert any veg-sceptic?

That’s a hard one to answer, but the recipes have gone down really well with our testers, who were a mix of meat-eaters and veggies. The curry chapter has loads of knockouts, and my version of a veggie pasty was a real hit – I think people were surprised by the amazing depth of flavour. The beautiful Allotment cottage pie really shifted some perceptions, too. But really there’s a whole world of delicious veggie cooking in there.

Has the book changed the way you think about weekly meals?

Absolutely – because I’ve completely submerged myself in the world of veg. Every time I write a book my way of thinking evolves. And the whole point of this book is to change the default ideas around veggie cooking; to change the weekly shop, and save some money at the same time. If others benefit from this book half as much as I have from writing it, then I’ll be really happy. Knowing how to get the most from veg can empower everyone across Britain to shop smarter, save money, learn new skills and still have full, satisfied tummies!

Where does the inspiration come from?

I followed my instinct and heart – and travelled to countries and cultures that I’ve always found fascinating, especially when it comes to meat-free cooking. We tend to put labels on veggie cooking, but what I found in India and Israel is that it’s all just really good cooking. It was truly exciting to see so much delicious, innovative, clever food.

Is there anything people might not have seen before?

That’s always hard to predict – but I hope so. Often the most radical thing is just a tiny tweak that saves you time and effort, and ultimately gives you a better result. We put loads of my favourite hacks in the TV show, and there are extra tips on nearly all the recipes in the book.

How do you get the maximum flavour out of veg?

Wow, what a question. Well, first of all, freshness helps, and surfing the seasons so the natural depth of flavour is already there when you start. Cooking over charcoal or wood emparts beautiful flavour – as well as roasting and slow-cooking, which essentially concentrates any ingredient’s natural flavours. And then, of course, kissing it with citrus, incredible olive oil and herbs. These are just a handful of ways you can get maximum flavour from veg.

Any must-have equipment for cooking veg?

Yes! A pestle and mortar, a very fine grater, one large and one small top-quality knife. A hand blender. Large bowls for dressing and marinating ingredients.

Did you try out the dishes at home?

Always. Normally I try recipes at home before I test them in the office. But frankly, there’s never a straight-line process to writing a good recipe, it’s an organic thing.

Any tips for getting kids to eat more veg?

This is probably one of the most important questions of our time, and it’s a serious business when you’re competing with processed food. We have to normalise the bounty of nature and also make it exciting. Without being dramatic, you have to be as impactful as the junk food brands and adverts that promote unhealthy food. Firstly, cooking veg well and making it taste nice is a good start. Then have fun with your kids: shopping, buying, growing, drawing, tasting different veg. Forget about what they don’t like, and concentrate on what they might like. All kids can be erratic and change their minds – their palates and understanding of food are moving targets, which means you’d have to be a superhero to get it right all the time. But the very fact you care means you're already an A* parent, no matter how hard you struggle.

Absolutely not. Fresh is best when it’s definitely fresh – so probably within 36 hours of being picked. But, chances are, frozen veg is going to be more nutritious than something that’s sat in a warehouse for several days. The technology behind freezing is incredibly efficient, it’s normally done within 8 to 10 hours of harvest. So my take is to eat both. I always have peas, sweetcorn, broad beans, spinach and a whole myriad of fruit in the freezer. On the fresh side, look for British and follow the seasons, which normally means it’s at its cheapest. And, romantically, I think our bodies enjoy what nature gives us at the right time of year. So summer, spring, autumn, winter – just ride it!

Does veg still fill you up in the same way as meat?

This shouldn’t be a short answer. But in very simple terms, I’ve found while writing these recipes that – as well as ticking all the nutrition boxes – the portions are generous and you’re always left feeling full. Plus, your daily veg and fibre count is up, which helps to control blood glucose and keep us feeling fuller for longer – as well as keeping our gut happy. Ultimately, I would never suggest you would eat one of my dinners if it didn’t genuinely make you feel happy, replete and satisfied.

How much veg should we be eating?

In the UK the advice is to eat at least 80g portions of veg and fruit a day. But I’d encourage everyone to eat as much as possible! Whether that’s an extra portion a day, a meat-free day every week, or adopting a totally veg-based diet. If you eat more veg, and cook recipes from this book two to three times a week, it’s highly likely that you’ll feel better and save money. If you look back to our great-grandparents’ time, it was never normal to consume animal protein in the quantity we do today. My Grandad used to say: ‘Have everything in moderation and a little bit of what you like,’ And that approach just wins every single time.

Any veg you don’t love? No. Honestly, no.

Most underrated veg? The onion family. Always the bridesmaid, never the bride.

What’s your fave veg season? End of August. The last breath of summer seems to produce the most tasty veg. And the beginning of autumn allows us to start flirting with the squash family.

What’s the most unusual veg you’ve eaten? Is cactus a veg? That was unusual for me, but it’s widely eaten in Mexico and very nice it is too. Cactus is open to being cooked many ways – grilled, roasted, stewed, raw… Delicious.

This Mac ’N’ Cheese is a tasty combination of leek, broccoli & spinach, with a toasted almond topping.