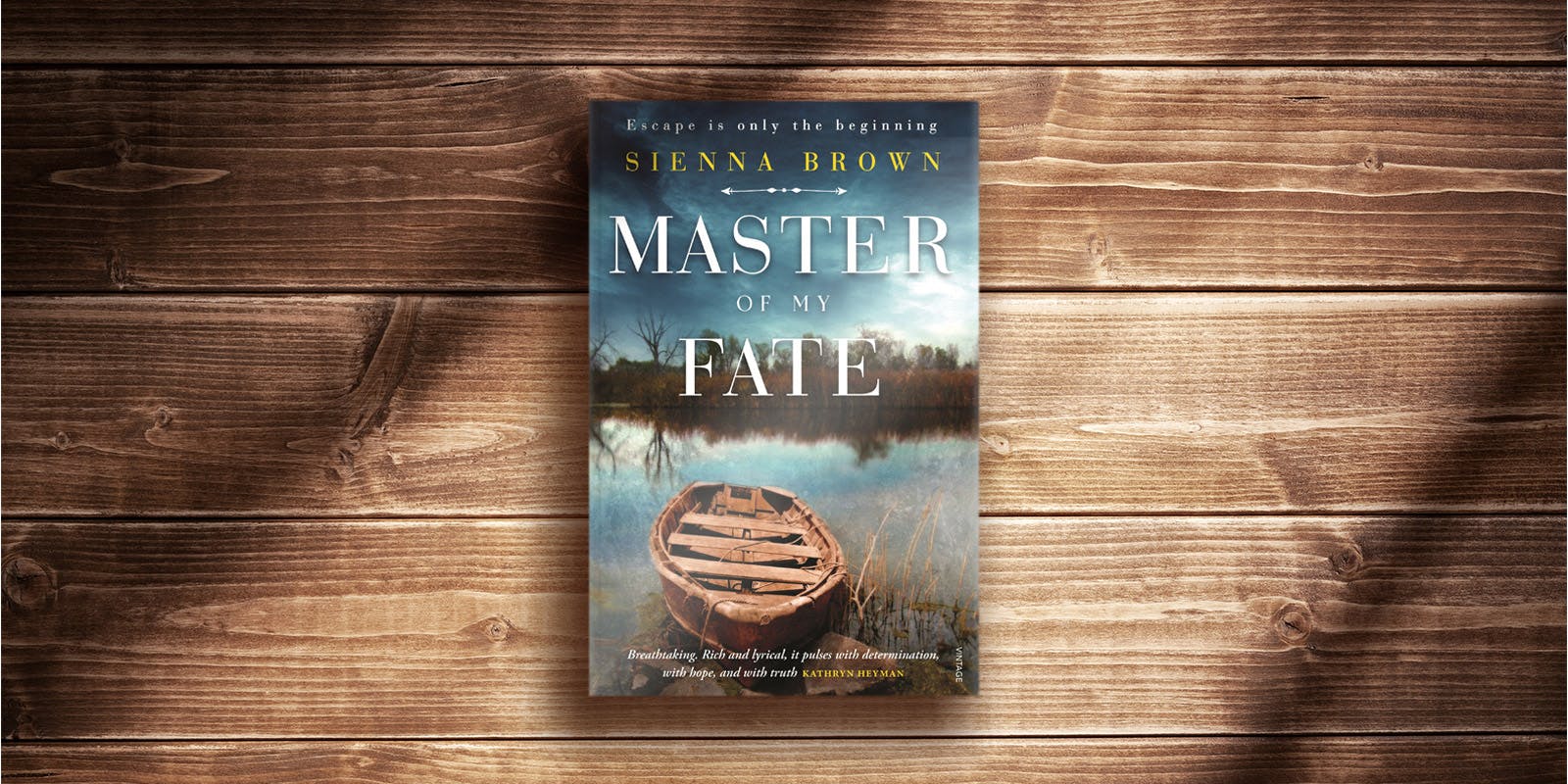 The author discusses the research and inspiration behind her historical fiction novel, Master Of My Fate.

How did you come to know William Buchanan?

I discovered William Buchanan’s story while working as a guide in Sydney at the UNESCO World Heritage listed Hyde Park Barracks (HPB). A museum space, HPB is home to an internationally renowned collection, as well as a database listing of all the male convicts who passed through there, during the era of convict transportation. Born in Jamaica, I was curious to see if any of my fellow countrymen might be on the database and was very surprised to discover over 700 non-European convicts listed. They had been transported from colonies within – ‘the empire on which the sun never sets’ – the British Empire. William arrived in 1836 on the convict ship the Moffatt and was listed among those 700.

What attracted you to his story?

William’s life story was one of the most dramatic ones I encountered. It was larger than life and the adage ‘that fact is sometimes stranger than fiction’ applied. While researching several other Jamaican convicts, I wasn’t overly attentive to William at first, but gradually it became like an addiction. The more I researched William, the more I found. I discovered he was born a slave in 1800 in the Parish of Saint James, had fought in the Baptist Rebellion of 1831-32, which helped to bring about the abolition of slavery and within two months of arriving at HPB, he escaped, along with fellow Jamaican convict James Smith, their bushranger exploits being profiled in the Sydney Herald newspaper. Added to this he was put on trial three times and three times he escaped the hangman’s noose.

Why tell this story as a novel, and not a non-fiction work?

Originally, my intention was just to add my findings to the pool of research already at HPB, essentially to give a more balanced view of the range of convicts who were transported. It was the casual remark of a friend who suggested that I turn the research into a non-fiction work. During that period, I also had a chat with Babette Smith, who had written the critically acclaimed non-fiction book A Cargo Of Women, Susannah Watson and the Convicts of the Princess Royal. Wanting to take the story of convict women to a wider audience, Babette then wrote A Cargo of Women, the Novel and it was even more successful. She encouraged me to think about heading in the same direction.

How/when did you discover Will’s voice?

Will’s voice came slowly. It took a while for me to emotionally shift from writing in the third person past tense (I could never get the tone right) – to writing in the first person present (which worked) – because I was suddenly hearing (his) voice in my head. I was also passionate about trying to be authentic, to discover how did nineteenth-century slaves speak? A difficult task given I was trying to commit to writing a language and grammar, which was predominantly spoken and if written was usually from the perspective of the colonisers, not in the voice of the colonised.

The Dictionary of Jamaican English became a wonderful resource, and I used it to reference words in an effort to emulate the patois of the slaves. Ultimately, though, I realised it was up to me to listen to my characters’ voices and convey them to the page. The end result was that while I borrowed heavily from the conventions of Jamaican patois, I put my own twist on it, in order to allow the story to be unencumbered by language.

After the first draft, I also decided to shake things up a bit. Working with independent editor Pamela Hewitt, I deconstructed each sentence, taking out punctuation, along with all conjunctions so each sentence became very simple, short and sharp-edged. There was something about this process that allowed me to disengage from a preconceived rhythm, and the locked-in desire to write in a contemporary voice. At the end of this process, I gradually started a restitching – deciding how and when to connect sentences back together, creating, I think, a different phrasing. At first, it felt like writing with a straight jacket on, but then it became much easier and facilitated my ability to maintain the continuity, simplicity and authenticity of William’s voice.

What challenges did you encounter writing from Will’s perspective? And how did you overcome these challenges?

Once I’d developed the voice and how to handle the patios, oddly enough, it didn’t feel difficult writing from Will’s perspective. Especially since sometimes it felt like I was channelling from the collective unconscious of our mutual historical pasts, even though, as far as I know, William and I are not related.

It was more difficult to write as Will when he arrived in the Mother Country as well as the Colony. He was a grown-up male by then and the beauty and simplicity of his childhood voice no longer seemed to work. During the progression of the novel I worked at gradually changing Will’s speech patterns, lessening the patios and using more culturally appropriate language for the environments he found himself in.

How do you go about transporting yourself (and readers) back to authentic 19th century settings?

I have always loved historical fiction and would find myself so immersed that on putting down a book I would be surprised to find myself back in my own century. Before I started writing the novel I did quite a lot of research, spending many long days and nights in the Mitchell library which provided a wealth of material, a wonderful landscape of images: the way people dressed, how they looked, what they ate, the architecture and transport of the period – making it easy to imagine what it would have been like living in 19th century Jamaica and Australia.  Interestingly, 1836, (the year William was transported) became like a historical marker from which I would look at the world, what else was happening during that period whether before or after, and meant my understanding and empathy for 19th century life was continuously expanding.

I didn’t realise it then, but the last time I was in Jamaica, I took a drive from Black River in the south right across the Island to Montego Bay in the north. The roads followed trails that would have existed during William’s lifetime and that trip provided first-hand inspiration for many of the settings in the novel.

And in Sydney, all I had to do was walk through the doors of HPB and I was back in the very rooms William would have inhabited.

Finally, to get the words right – I extensively used Google’s Ngram viewer – checking and substituting contemporary nouns and adjectives for ones used during the period.

What surprised you about this story?

Although it’s William’s story – it wasn’t until I was writing and exploring the female characters that a deeper emotional connection took place. I had seen many convict indents, but when, for the first time I saw a slave register – with Stella, William’s mother’s name along with his siblings Sammy, Eliza and James – scrawled across the page, I wept. It was a massive shock. The register listed the names and ages (no last names) alongside the colour coding for each slave. And yet, this simple ledger represented the enormous power slave owners held over the countless lives embedded on the page. It brought up the question – ‘how does a mother tell a child they are born a slave’, which became one of the driving forces behind writing the novel.

What advice would you give to other first-time novelists?

My advice to first-time novelists would be to do the maths. Set a daily word count goal and try to stick to it. Make your writing happen within the environment and the restrictions you’re living with. True, well-known, commercially successful authors have the luxury of setting out their day the way they like. But that’s not us – we do whatever we need to do to keep going, writing whenever and wherever is convenient. I think it’s called grit – unfortunately not very romantic. Also after writing the first draft – get feedback from a professional rather than your best friend or loved one, who, unless they are a writer themselves will most certainly lie to you… But most importantly – if you don’t relish language and words, then perhaps don’t bother.

What do you hope readers take away from Master of My Fate?

After reading Master Of My Fate, I hope readers will take real enjoyment and immersion into William’s story, along with a deeper empathy for what it meant to be enslaved and trapped in relentless bondage. Unfortunately, although we’ve come a long way, all forms of slavery still exist, including the worse kind, that of the enslaved mind. 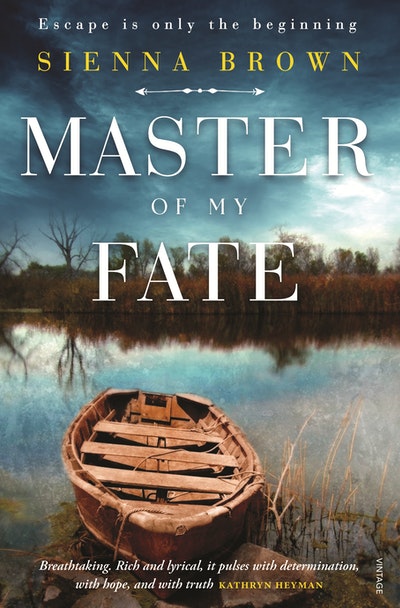 Master Of My Fate Sienna Brown

This novel about one man’s journey to become his own master, from slavery in Jamaica, through to eventual freedom in colonial New South Wales, is perfect for book clubs.