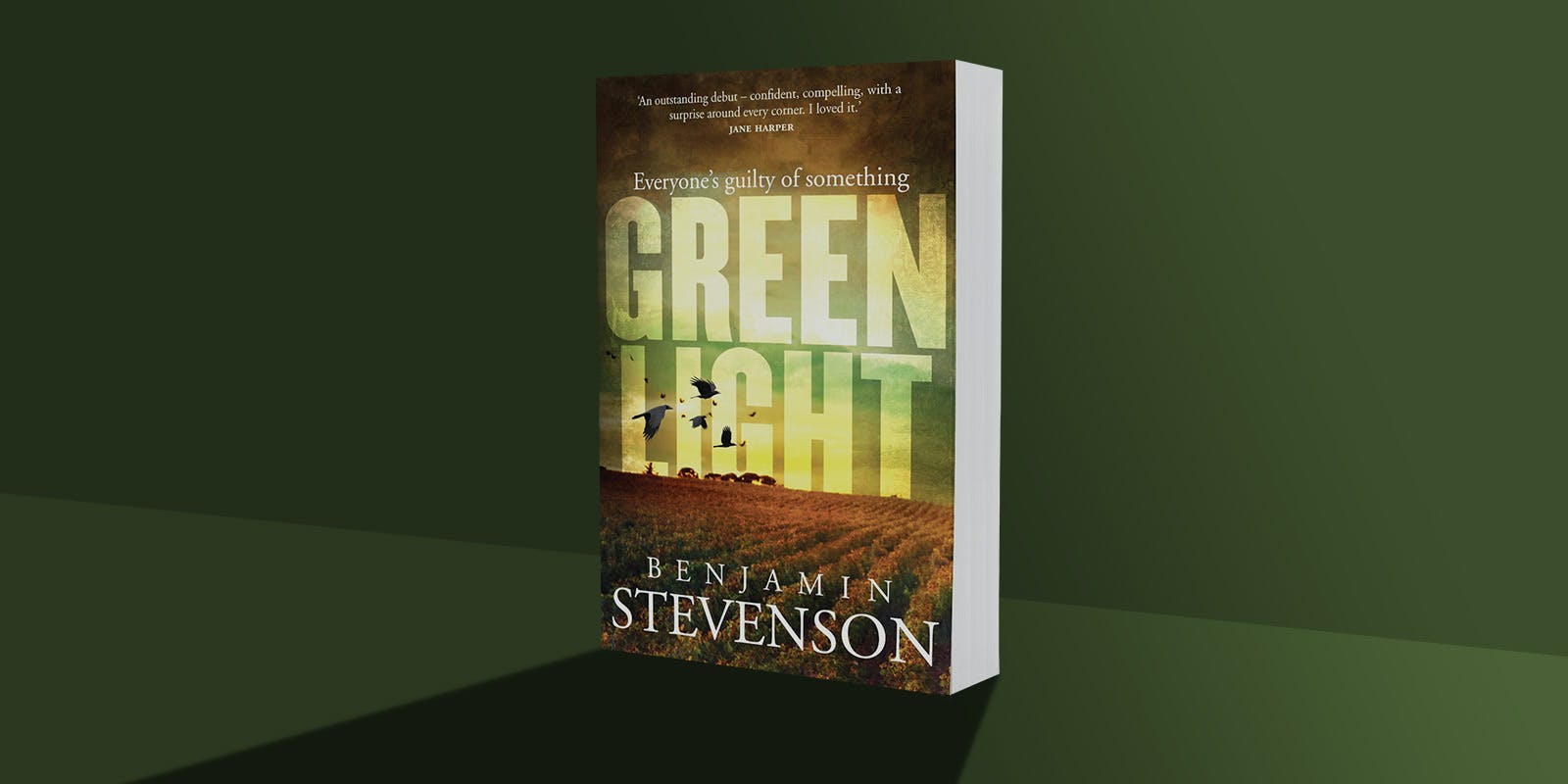 Greenlight is your debut novel. As someone who is surrounded by literature on a daily basis, what attracted you to the crime and thriller genre?

I think reading should be a blast. And I wanted something that would give readers whiplash to read. For me, I don’t really think I chose a genre, but it is the one I read the most, the one I work on the most in my day job, and the one I enjoy the most – so it was a given from the start. Crime writing these days is so intricate and brilliant, it can also challenge readers in a way that many believe is reserved for ‘more serious’ literature. That’s a lie. Crime fiction is loaded with great character studies and intricate portraits of a person’s life. So I wanted to write a rollercoaster of a book that also explored some depth to my characters – crime fiction was the answer. Plus I LOVE twist endings.

The book’s main character, Jack Quick, battles with bulimia. What was it about this illness that piqued your interest and made you want to explore it on the page?

I was very interested in Jack’s masculinity as a character and I don’t think I have ever seen male bulimia tackled on the page. It’s such a real issue for so many men, yet often misunderstood as it is underrepresented by the public perception that eating disorders mainly affect females. Jack’s relationship with his father showcases this; the two are unable to connect because they can’t understand the illness in the same way. So I got a lot out of exploring that. Jack’s illness is shaped by many things – sufferers of eating disorders are varied in their causes – and for him it’s not necessarily about body image, rather he is compelled by his desire for control. As he is creating a true-crime documentary where he literally controls the truth, I thought the metaphor within his own body worked well.

The plot, timeline and critical elements of the story are so detailed and intricately woven. When it comes to planning and writing, what’s your process to lay out this web of information to ensure that everything ties together at the end?

I wing it. Honestly. I know the finale and that’s about it and I let the characters kind of do what they need to do to get through it. I plot scenes in about 10,000 word chunks when I hit certain places (‘Okay, so this character needs to get to this place soon, I should figure out how to get them there.’). I am also a perfectionist – so each chapter is finished before I start the next one. This means if I change something in Chapter 17 that means Chapter 3 needs to be rewritten, I rewrite Chapter 3 right away.

That said, for all its complexity, I changed one character’s name halfway through the book and forgot to change the other ones. So all my early readers were asking, ‘Who’s this new guy?’

Birravale, the country town where most of the book is set, plays a critical, atmospheric role in your book. What was involved in creating such an authentic sense of place?

I think it’s just soaking it in. When I was growing up I was a Scout, and my Dad a Scout Leader, so we’ve visited all kinds of small towns right across Australia. As an adult, I now tour with travelling comedy shows that drop in to everywhere you can think of (I have performed comedy standing on the back of a truck parked out the front of a pub). So it felt like the right setting for me to explore. I liked the Hunter Valley and the winery regions because it can have such beautiful days but crisp, cold, icy nights. I like that rolling mist, it was scary to me. Once I started to research wine, I found the real icing on the cake for the setting, that the town would be literally soaked in it. I love that, and that kicked off the feud between the Freemans and the Wades and made my town all the more real.

As well as being an author, you are a comedian. How do you flow between writing humourous content and dark, compelling crime fiction?

I think writing crime is writing comedy. Both use suspense and the element of surprise to trigger an emotional reaction in the audience. Only in comedy, the reaction you’re going for is laughter, whereas in crime you are going for Whoah.

In comedy there’s a joke structure called a ‘pull back and reveal’, which is where you create a certain expectation for the audience, and then when you pull it back and it is different, that is the joke. Crime writing is no different – it’s just a very long pull back and reveal. I think it actually helped a lot because the intricacies of a crime novel – with clues, hints and red herrings – is really just a series of set-ups to later punchlines, so I was able to see the bigger picture quite easily because that’s how I write jokes.

I really enjoyed using a different part of my brain too. I think the result is that my writing has a unique voice with some extra black humour in it – which is a good thing.

Did anything surprise you while writing Greenlight?

I think what surprised me most was that the few ‘big scenes’ I had plotted out in the original thought outline didn’t really make it into the book. I had a big action scene in the middle of the book that I thought I’d need for some danger and extra suspense, but when I got to it, I felt that I had enough spinning around my characters that to send them into a chase scene just for the sake of it didn’t do them justice. So I wrote it differently – a few less people die than I’d originally planned.

Jack’s whole past really revealed itself to me while writing, and by the time I got to the point where I realised I’d actually been writing his reasons and motivations behind everything he does, I was a bit taken aback. I guess we underrate our brain’s natural thinking power! 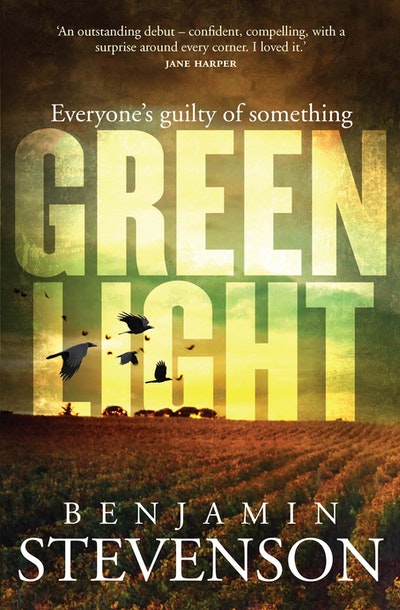