Young Heroes of the Soviet Union

A Memoir and a Reckoning

In this luminous memoir of identity, exile, ancestry and reckoning, Alex Halberstadt returns to Russia to face a family history that still haunts him.

Alex Halberstadt returns to Russia, the troubled, enigmatic land of his birth, where decades of Soviet totalitarianism shaped and fractured three generations of his family, in this haunting work of memoir and history.

In Ukraine, Halberstadt tracks down his paternal grandfather - most likely the last living bodyguard of Joseph Stalin. He revisits Lithuania, his Jewish mother's home, to examine the legacy of the Holocaust and the pernicious anti-Semitism that remains largely unaccounted for. And he returns to his birthplace, Moscow, where his grandmother designed homespun couture for Soviet ministers' wives, his mother consoled dissidents at a psychiatric hospital, and his father made a dangerous living by selling black-market American records. Halberstadt also explores his own story: that of an immigrant growing up in New York, another in a line of sons separated from their fathers by the tides of politics and history.

Young Heroes of the Soviet Union is a moving investigation into the fragile boundary between history and biography. As Halberstadt revisits the sites of his family's formative traumas, he uncovers a multigenerational transmission of fear, suffering, and rage. And he comes to realize something more: Nations, like people, possess formative traumas that penetrate into the most private recesses of their citizens' lives.

Alex Halberstadt is the author of the award-winning Lonely Avenue: The Unlikely Life and Times of Doc Pomus. His writing has appeared in The New Yorker, The New York Times Magazine, GQ and The Paris Review. He is a two-time James Beard Award nominee and a recipient of fellowships from the MacDowell Colony and Yaddo. He works and lives in New York. 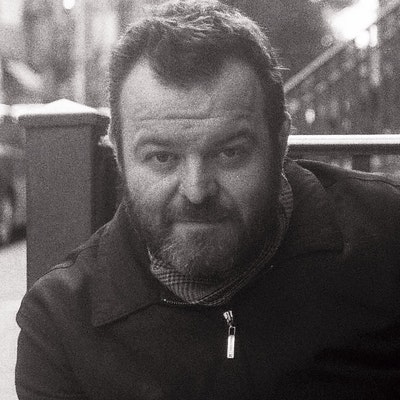 Praise for Young Heroes of the Soviet Union

Alex Halberstadt is a magnificent writer. Young Heroes of the Soviet Union is a beautiful book about trauma and its impact on one extraordinary family, and an incisive, radiant look at the long legacy of suffering and war.

Illuminating, dramatic... It's as if [Halbertstadt's] feelings about Russia were frozen in time when he emigrated, leaving shards of perception that are peculiarly incisive... Majestic writing.

[An] elegant testimony to the subordination of human life to the will of an overmighty state.

With its diverse stories, Young Heroes of the Soviet Union is excellent as a record of how a single family can be tied up in so many strands of history... A fascinating and impactful read.

This terrific, gripping book, part family memoir, part history...[is] a superb evocation of the Soviet Union in the 1960s and '70s.

Surprising, sad, funny, and engrossing... This is history as memoir, and vice versa.

Enthralling... Alex Halberstadt describes the disjunction between his Soviet childhood and his American adolescence with incandescent wit, a sometimes bitter but always compelling nostalgia, and great literary flair. This book is a triumph.

This truly excellent book will transform your understanding of what memoir can do.

An act of literary archaeology... [in] finely wrought prose... melding the genres of biography, history and memoir. The book is more than just an account of one family's ordeals: it is an engrossing account of dictatorship, war and genocide, and how the toxic legacy they left behind has etched itself into successive generations of Soviet citizens.