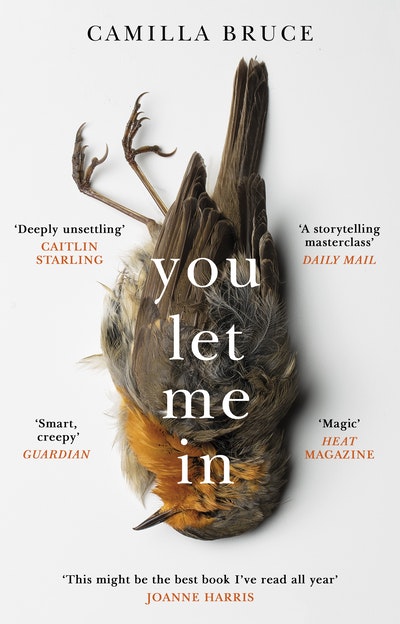 You Let Me In

The acclaimed, unsettling novel of haunted love, revenge and the nature of truth

From a startling new voice in contemporary Gothic fiction comes this acclaimed superbly creepy novel about the elusive nature of truth, the stories we choose to believe (or not), and how we choose to tell those tales . . .

'A glorious, pitch-black fairytale of a book' KIRSTY LOGAN, author of Things We Say in the Dark

'A feast of storytelling...lingers long after the last morsel's been consumed' SAM LLOYD, author of The Memory Wood

'Brutal and beguiling story of love and revenge' LUCIE McKNIGHT HARDY, author of Water Shall Refuse Them
'Lascivious and bloody' JAMES LOVEGROVE in the Financial Times
Everyone knew bestselling novelist Cassandra Tipp had twice got away with murder.

Even her family were convinced of her guilt. So when she disappears, leaving only a long letter behind, they can but suspect that her conscience finally killed her.

But the letter is not what anyone expected. It tells two chilling, darkly disturbing stories. One is a story of children lost to the woods, of husbands made from twigs and leaves and feathers and bones . . .

The other is the story of a little girl trying to make sense of a damaged life lived in the shadows . . .

But which story is true?

'I loved this book, was blown away by it'
'I would certainly read more from this author'
'Unexpected, thrilling and darkly twisted'
'I found myself thinking about it for several days afterwards'
'The writing was just sensational'
'An impressive debut'
'I would love to see Guillermo del Toro make a movie based on this story'

CAMILLA BRUCE was born central Norway and grew up in an old forest, next to an Iron Age burial mound. She has a master’s degree in comparative literature and has co-run a small press that published dark fairy tales. Camilla currently lives in Trondheim with her son and cat. You Let Me In is her first novel. 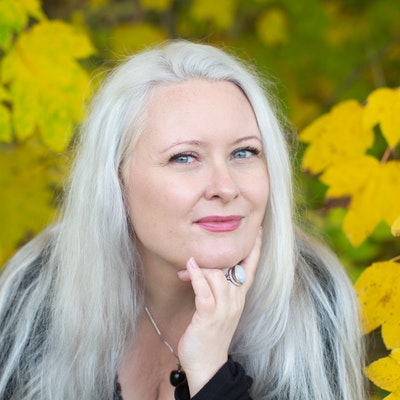 Praise for You Let Me In

A bewitching, beguiling, and deeply unsettling tale of one woman's strange life. It will ensnare you from page one and keep you riveted until the end.

This might be the best book I've read all year . . . creepy, pagan, detailed, entrancing. I loved it.

JOANNE HARRIS, author of Chocolat and The Strawberry Thief

Dark and immersive; a feast of storytelling that lingers long after the last morsel's been consumed.

A glorious, pitch-black fairytale of a book. Lush, strange and defiant. As soon as I finished it, I went straight back to the start and read it again.

KIRSTY LOGAN, author of Things We Say in the Dark

Exploring the darker side of fairytales, it inhabits that liminal space where folklore and horror collide. A worrying tale where reality is filtered through the unreal, and the rational rubs shoulders with the supernatural, this is a beguiling story of love and revenge.

LUCIE McKNIGHT HARDY, author of Water Shall Refuse Them

Odd and unsettling, this might not be for everyone, but we thought it was magic.

Dark and magical, one of the best books I've read this year.

A fairytale, a psychological portrait and a bleak drama.

A brilliant and sinister debut.

Creepy and disturbing right from the start.

A disturbing but brilliant narrative . . . a rare treat.

This beguiling and unsettling debut had me hooked from the first page . . . a unique, strange and defiant folk horror story which lingers long in the memory.

Bruce's spooky novel is lascivious and bloody, a tale of sexual awakening and dark desires that wreathes its leafy tendrils seductively around you, then tightens them until they start to strangle.

In this storytelling masterclass, everything is inverted.