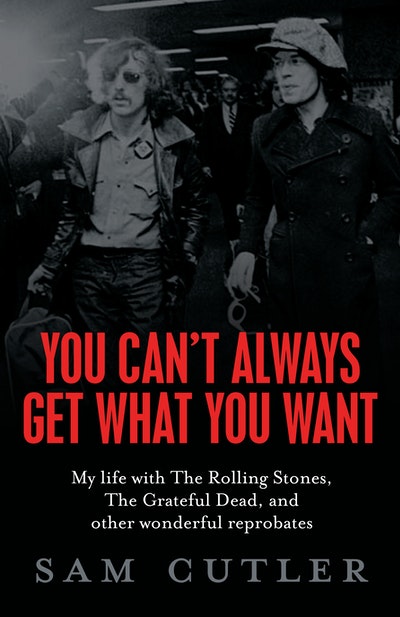 You Can't Always Get What You Want

My Life With The Rolling Stones, The Grateful Dead and Other Wonderful Reprobates

My Life with the Rolling Stones, the Grateful Dead and other wonderful reprobates.

My Life with the Rolling Stones, the Grateful Dead and other wonderful reprobates.

As the rotors created an ungodly racket above us, I sat there crammed into the helicopter with the Stones, their management and various hangers-on. The free concert at Altamont was intended to be a celebration of not just the music, but the thriving peace and love counter-culture of the sixties. Rather it had descended into a bloody chaotic mess of violence, death and despair. And we were on the run.

Sam Cutler was tour manager for the Rolling Stones at some of their major gigs in the late sixties, including the free California concert at which a man was murdered by a Hell's Angel in front of the stage while the Stones played on. After the show, Sam was left behind to make peace with the Hell's Angels, the various mobsters and organisations who had taken an overt interest in the event, and the people of America.

There has never been an official investigation into events at Altamont and those involved have never before spoken on record. Sam Cutler decided that it is time to put to rest the myths and legends that have grown up around this infamous event in rock history and for the first time reveal the truth.

Sam survived Altamont and went on to live the ultimate rock and roll dream. This is his own account of the high ol' times he had managing tours for San Francisco band the Grateful Dead - who went on to become the world's most successful live act. Along the way Sam draws intimate portraits of other stars of the psychedelic circus that was the music industry in the sixties and seventies, including Janis Joplin, Jimi Hendrix, The Band, the Allman Brothers, Pink Floyd and Eric Clapton. This is an exhilarating, access-all-areas rock memoir from someone who has seen - and done - it all.

SAM CUTLER has been at the centre of some of the most exciting developments in the music industry, and has worked with the two largest grossing live artists in the world, the Rolling Stones and the Grateful Dead. He briefly owned the Rock and Roll Hall of Fame and has tour and stage managed across different continents and sounds. Sam now lives and works in the Pacific area with a particular interest in Australian and New Zealand artists. 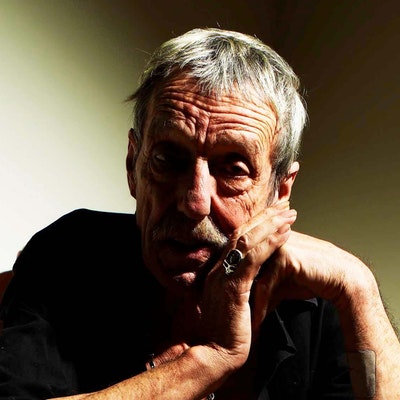 Praise for You Can't Always Get What You Want

What’s fascinating about Cutler’s book is the way it contrasts working with two of the biggest touring rock ‘n’ roll bands of them all, since after Altamont Cutler stayed on in San Francisco as one of the co-managers of The Grateful Dead. On one side, the very English way of working of the Stones. On the other, the ultimate American hippie outfit facing the capitalistic reality that they were so far in debt it could mean the end of the band.