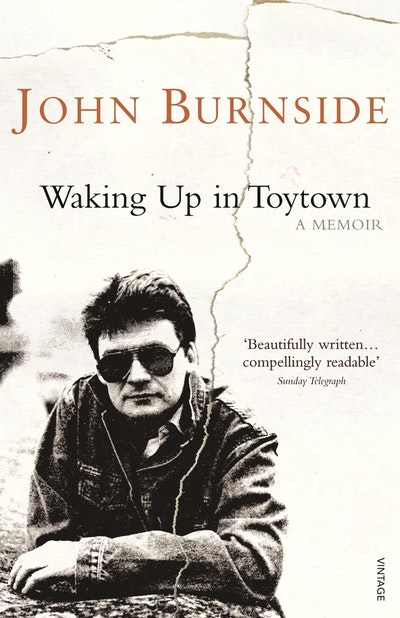 Waking Up in Toytown

The sequel to the award-winning A Lie About My Father.

In the early 80s, after a decade of drug abuse and borderline mental illness, John Burnside resolved to escape his addictive personality and find calm in a 'Surbiton of the mind'. But the suburbs are not quite as normal as he had imagined and, as he relapses into chaos, he encounters a homicidal office worker who is obsessed with Alfred Hitchcock and Petula Clark, an old lover, with whom he reprises a troubled, masochistic relationship and, finally, the seemingly flesh-and-blood embodiemnts of all his private phantoms.

The sequel to his haunting, celebrated account of a troubled childhood, Waking Up in Toytown is unsettling, touching, oddly romantic and unflinchingly honest.

Praise for Waking Up in Toytown

Beautifully written and observed memoir ... an affecting book from a writer of manifest talent; a compellingly readable memoir possessed of a genuine spiritual and intellectual depth

A larger and more generous book ... the precision and beauty of his language is like a proof of his achievement - a kind of higher sanity

Most lucid and poetic of memoirs

Burnside may not find himself convincing, but this complex, considered piece of work certainly is

There is no truer writer than John Burnside...the flow of his memory and consciousness, his balance between flying and vanishing, the hypnotism of his language, the poised wondering about the narratives which come together to comprise a sense of our lives. [a] searching enquiry into a life: bruised, filled with grace and as plangent and haunting as any plainsong.

A brilliant portrait of isolation...this sophisticated study of the human mind argues for our right "to continue in the pursuit of whole-heartedness. To be not-normal after all"

''beautifully written and observed'' new memoir... He writes about ''squalor and desperation'' with ''precision and beauty''

Burnside's memoir deserves to become a classic. Has anyone written about the direct experience of mental illness with such scrupulous observation and wit?

One of the best memoirs I've read for ages

[Burnside has a] poetic eye for language and image...[a] non-judgemental, ultimately redemptive search for some sort of meaning among the shifting sands of madness and sanity

This is an extraordinary book and one so honest it scorches

From the very first page, arrestingly headed 'The Epilogue,' Burnside's memoir is absorbing.

Burnside is an utterly original author