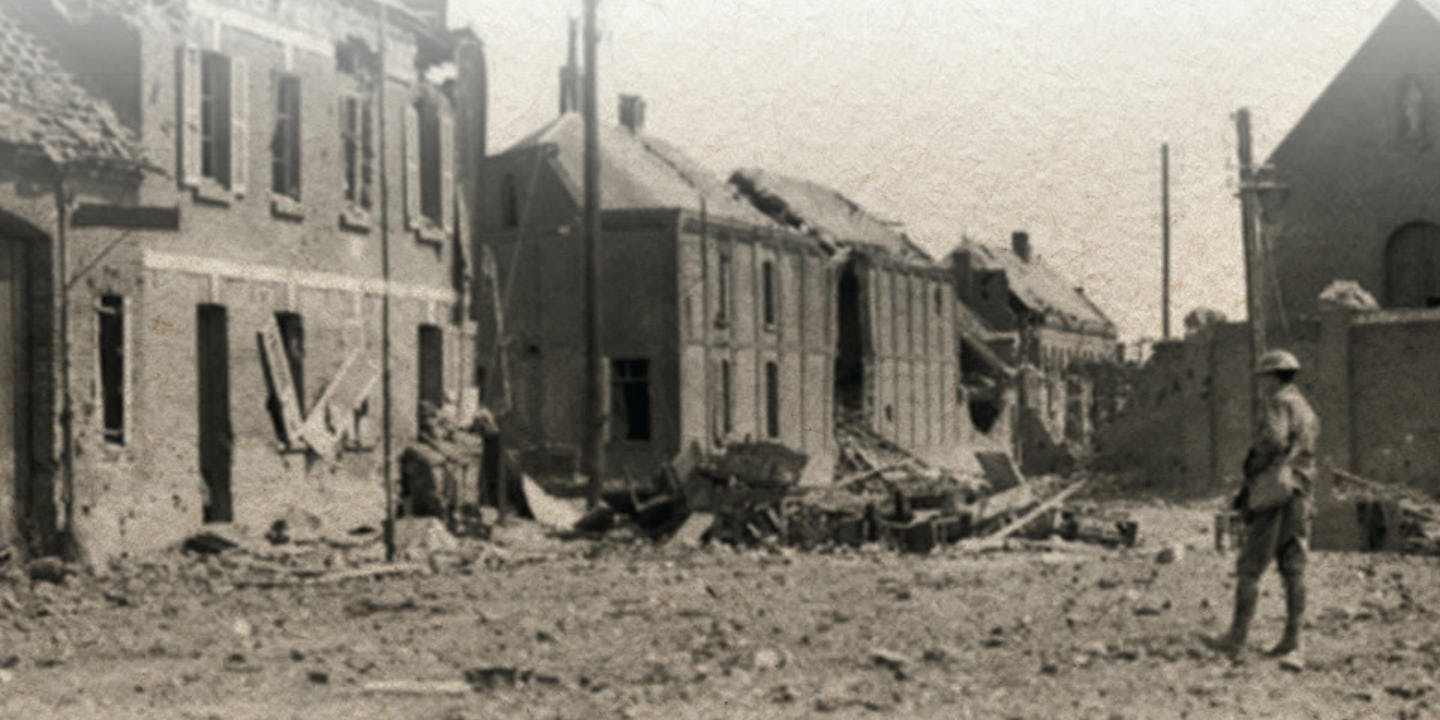 The fog of war

‘It was the great Prussian military analyst Carl von Clausewitz who, in 1832, put it best: “War is the realm of uncertainty; three quarters of the factors on which action in war is based are wrapped in a fog of greater or lesser certainty. A sensitive and discriminating judgement is called for; a skilled intelligence to scent out the truth.’”1

So begins the chapter entitled ‘The Kaiserschlacht – The Kaiser’s Battle – Begins’ in Peter FitzSimons’ final instalment of his World War One trilogy, Victory at Villers-Bretonneux.

The onslaught would be the biggest set-piece battle the world had ever seen. Across a 45-mile front, no fewer than two million German soldiers would hurl themselves at the Allied lines. On the designated morning of the offensive, the fog was so thick that soldiers couldn’t see their hands in front of their faces. Yet, with an organised assault of this magnitude, there was no chance of getting the word out to the men poised on the frontlines that there would be a delay. Fog or not, the Kaiserschlacht was about to throw this corner of France into chaos.

To lead the offensive, before dawn German gunners set their 6608 artillery pieces and 3534 mortars – half of all German guns on the Western Front. Over the next five hours, they would fire more than a million shells and some half million mortar rounds at the Allied lines. Then, at precisely 9.40am, the first wave of around 400,000 German soldiers would storm ahead through the carnage.

From the pages of Victory at Villers-Bretonneux, here FitzSimons details the moments leading up to this gargantuan German force hurling itself headlong at the enemy.

As the clock clicks towards 9.40 am, the order ripples down the entire first line of the German assault battalions, which extend for 45 miles from Arras in the north to south of the Oise River.

The crews of the artillery batteries, having been at work for hours already, also get the order and begin to fire the well-coordinated creeping barrage, so the first of the four waves of attackers – stormtroopers all – will have some protection as they head out.

Steeling themselves, 400,000 German soldiers prepare to charge forth from their parapets, under cover of the barrage, and straight at the 100,000 British infantry of the Third and Fifth British Armies defending their positions.

The stormtroopers who are to go over the top first unfold themselves from the shallow, tightly packed crevices in which they have spent an uncomfortable night and instinctively make one last check of their bayonets, belts and bandoliers of bullets. Some shake hands with each other, and even shout a few words of encouragement over the ongoing roar of shells landing on British positions, often no more than 150 yards away.

After all their training, all their assiduous study of their handbook, The Attack in Trench Position Warfare, they know, intimately, their role from here:

The assaulting infantry must be in the enemy’s position simultaneously with the last rounds from their artillery and trench mortars... A check in the advance at one place must not spread to the whole line; infantry which pushes well forward will envelop the parties of the enemy which are standing fast, will sweep them aside and pave the way for the advance of their own detachments which have been held up. Hesitation leads to failure…2

There will be no hesitation, and no lack of coordination from their synchronised watches, with now less than a minute to go.

On the southern edge of St Quentin, Musketier Alwin Hitzeroth and his comrades hook their trench mortars to their poles and straps, ready to carry them forward, to set up in new positions once the British first line has fallen.

The order goes out above the battle din: ‘Roll assault packs and get ready to attack!’3

Further north, in the forward line of the German 17th Army, set to pounce upon General Byng’s Third Army, Leutnant Hermann Wedekind waits in his assault trench with the men of his company. He has been lucky enough to procure, from a kindly mess steward, a nice bottle of vintage Burgundy wine, with which he has filled his extra water bottle. He has been sipping it discreetly all night – it keeps him warm and relieves his tension, not quite like a Fraulein, but not bad.

Out to their left, the men hear the familiar voice of their Battalion commander as he begins to sing, ‘Deutschland, Deutschland über alles, Über alles in die Welt, Wenn es stets zu Schutz und Trutze Brüderlich zusammenhält...’ Others follow his lead, and soon they are all roaring the song of their fine fatherland: ‘Germany, Germany above everything, Above everything in the world, when, for protection and defence, it always stands brotherly together.’

The men’s nerves settle. All along the German line, officers stare at their watches – all of which have a hand counting the seconds down.

The order is given, the bugles sound.

In his own trenches five miles north of St Quentin, Fusilier Waldemar Schmielau of the 5th Guards Grenadier Regiment of Marwitz’s 2nd Army, with his comrades, reacts instantly to its call:

This one means, they know, advance – and in an instant Schmielau is running forward, a revolver in his left hand, and, bizarrely, a bamboo riding cane in his right – which he keeps for show, as it seems to impress the men.

‘I was boiling with fury,’ he would recall, ‘and the overwhelming desire to kill...’5

And so it is, all along the German line, as suddenly all is movement, madness and massed military murder; chattering machine guns and shattering explosions, screams and dreams... of death.

On Anzac Day 1918, when the town of Villers-Bretonneux falls to the British defenders, it is the Australians who are called on to save the day, the town, and the entire battle.

Peter FitzSimons illuminates a critical figure in the Allied victory of WW1.

Your favourite Penguin titles, according to Bookscan.