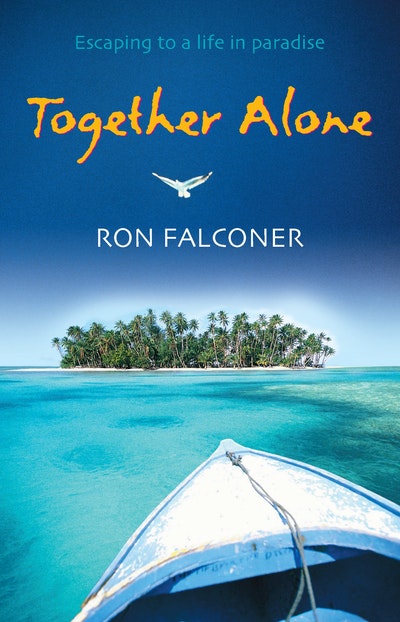 The true story of a modern- day Swiss Family Robinson who make the ultimate sea- change for a new life on a desert island.

After travelling the world alone in his handmade boat, Scottish adventurer Ron Falconer still yearns to achieve his life- long dream- to have the ultimate sea change and live on a deserted island. But when he falls in love with Anne, a strong- willed Frenchwoman, it looks like his dream may remain just that. Two children later, Anne's ready to try it. But when the Falconers arrive at their new home, tiny Caroline Atoll in the Pacific, they quickly discover that life in paradise isn't easy. Shark- infested waters, crafty rats, giant crabs and flesh-eating ants- it's sink or swim for Ron and Anne, as they struggle to live off the land and raise their children without the things most of us take for granted.Ron, Anne and their two adorable little children, Alexandre and Anais, end up living on Caroline - part of the island nation of Kiribati- for four years. During that time they build their own beautiful little house- Ron brings the floorboards with him on his boat and salvages the roof from a shipwreck, while Anne weaves the shutters, Polynesian style, from coconut leaves. Ron also builds an outside kitchen, a chicken coup, a well, a solar shower (ultimately voted too labour-intensive by his savvy companions) and even a wind- powered flour grinder (until a conventional one proves to be a lot less trouble). While Anne fishes every morning for the evening meal Ron works on one of his many projects or tends his vege garden with his willing and able assistants, Alexandre and Anais, who are just four and two when they arrive on the island. Visitors come and go- a group of scientists, old sea- faring friends, and a Kiribati businessman and his men- but all the while the family take care to tread lightly in their island paradise, which in return fulfils their simple needs. Finally, though, modern- day realities intervene, when the Kiribati businessman succeeds in gaining control of the island, with plans to fish the waters and eventually build a resort. Ron and Anne are asked to leave, and their paradise is lost. Today the fate of Caroline Atoll is still in the balance. But this pristine island wilderness is celebrated in loving detail in TOGETHER ALONE, an insightful, fascinating and ultimately uplifting story of how one man's dream to live a solitary existence in paradise becomes very much an extraordinary family affair.

Ron Falconer was born and raised in a small viallge in the highlands of Scotland. Always a dreamer and an insatiable traveller, he built his own boat, Fleur d'Ecosse, and sailed away to a life of a wandering nomad, travelling over 50,000 miles and visiting over 100 ports. For four years he lived with his wife and two young children alone on a deserted island, an experience he describes in his book, TOGETHER ALONE. Ron has now settled on the island of Moorea, near Tahiti.